Unbelievably, it's already August!  It is so true that the older you get, the faster time goes by, but I am still amazed (and a bit worried) about how quickly the months fly by.  Since my last post, I've been trying to get some excitement going about my two ring slings from the last baby wrap warp, and with a lot of help from a new weaver who is willing to drum up excitement in my chatter group on Facebook, things may be turning around a bit.  I've gotten a lot of new members, and am planning my first hand dyed warp in September.  In the meantime, several weavers have offered to host my slings and try them out, writing comments and critiques and posting photos.  They get to keep them for a week or less, and then send them onto the next tester.  The slings are now on their way to the second weaver, but the first seemed to really like them and posted lots of photos.  It's always so nice to see babies snuggled up in something you wove!  There is always the hope that someone may love something so much they would like to purchase it, and the final tester is the lovely helper, who is also expecting her second baby, a daughter, any day now.  She may want to purchase one of the slings, which would be so gratifying!

The Portland Fine Arts Craft show is coming up soon, on the 20th, and even though I had every intention of bulking up my inventory, I am making little headway.  I will have added a few double-sided cowls made from the baby wrap warp, and am just finishing up 6 cottonlin/cotton towels in my new, favorite 8 shaft towel draft.  It is a broken twill, and the combination of the structure and the cottonlin seems to have made some lovely textured, almost nubbly towels.  No finished photos yet, as I still have to, well, finish them, but here's an on-the-loom shot: 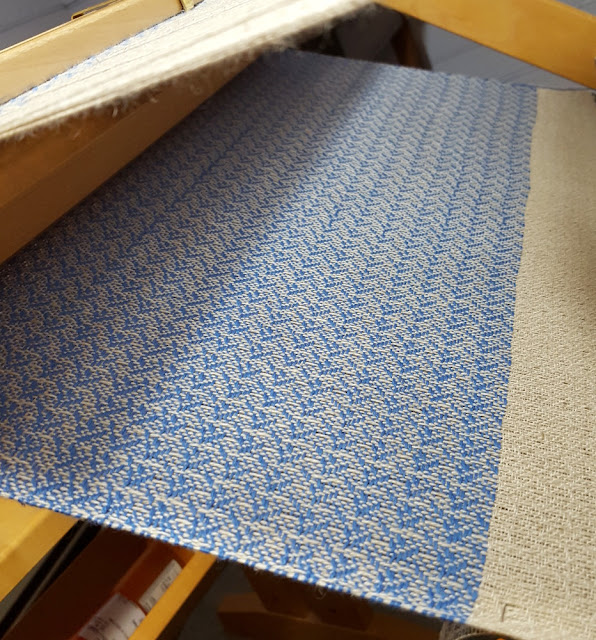 As always, I weave wrong side up on my little jack loom, so those photos won't be quite as representative, but here's a sampling:

And here is my to-do pile: 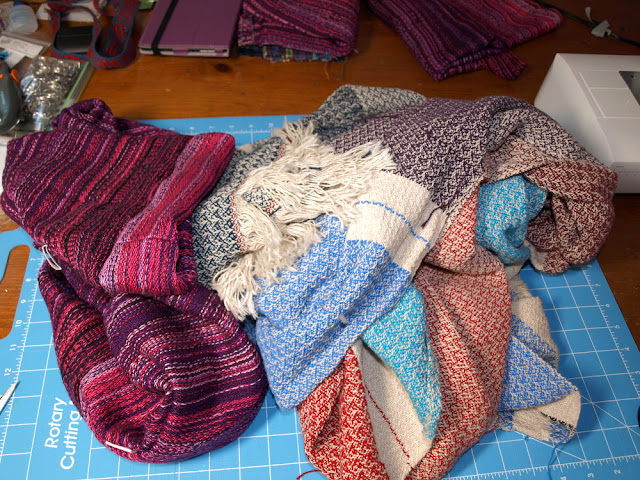 Tencel/cotton cowls on the left, awaiting hand-stitching, and the washed and dried towels, awaiting hemming.

I was also hoping to churn out some of the Christmas tree table runners like I made last year, since they might be popular, but I don't see how I can get them done.  Here's a reminder: 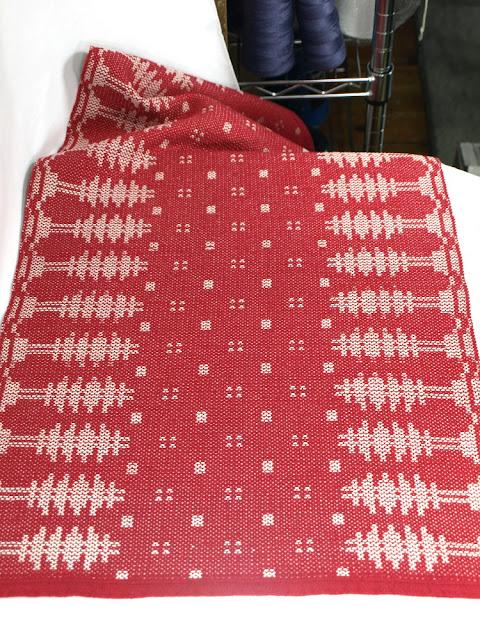 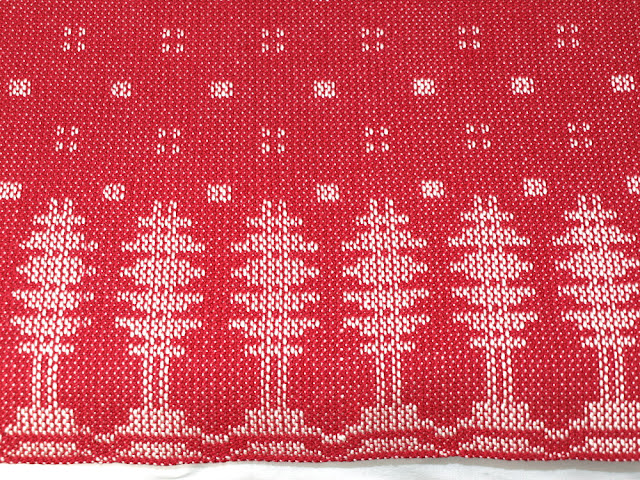 The other big news around here is that our house is going to get some much needed work done, albeit a bit at a time.  We've hired a local contractor to remove our very old aluminum siding from the west side of the house, blow in insulation and install wooden clapboards, and also remove our leaky, un-openable picture window in the living room and replace it with double hung windows.  This is the room where my big loom lives, and in the summer it is very hot with no ventilation, and in the winter it is so cold that I sewed a window quilt years ago and it covers the whole window all the time; it's like a cave, which doesn't do much for the creative juices.  I'm really looking forward to being able to open the windows in the nice weather!

The work started yesterday when I was at work, so I didn't get a chance to document the "pre" house, but here's a shot of the exterior wall with quickly applied tyvek, awaiting insulation: 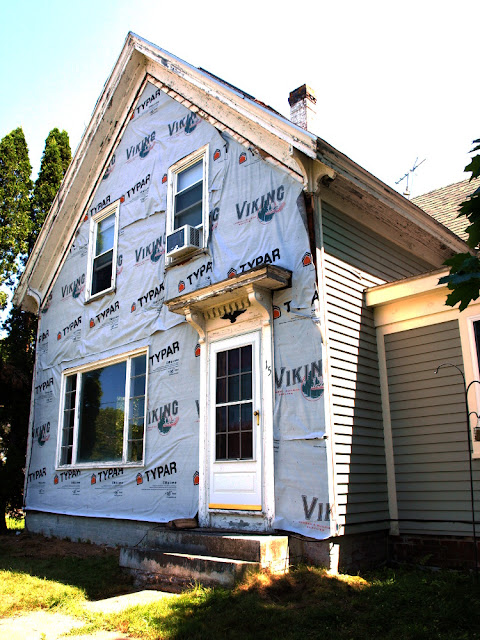 And here's the interior shot before we did anything: 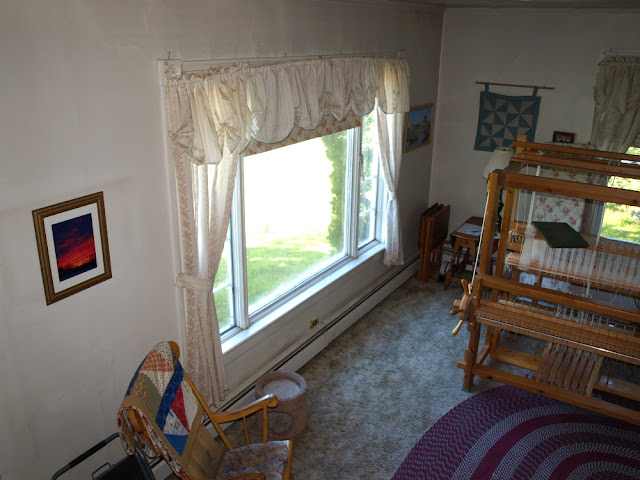 And after we moved everything and took down curtains; my husband removed the trim yesterday: 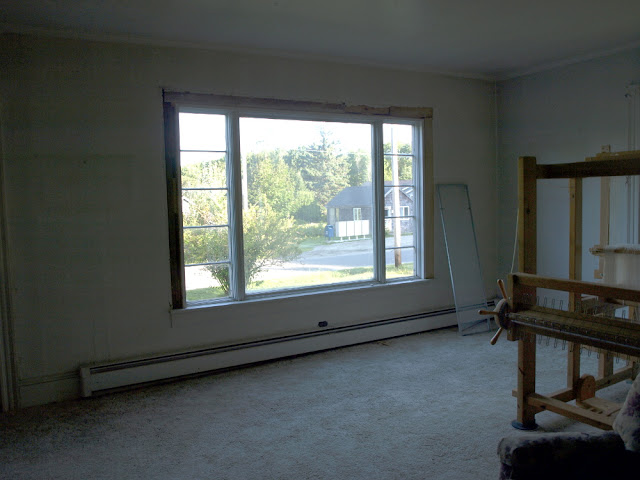 All of the painting, exterior and interior, will be on us, so there's that to look forward to...