Dye Day Plus One 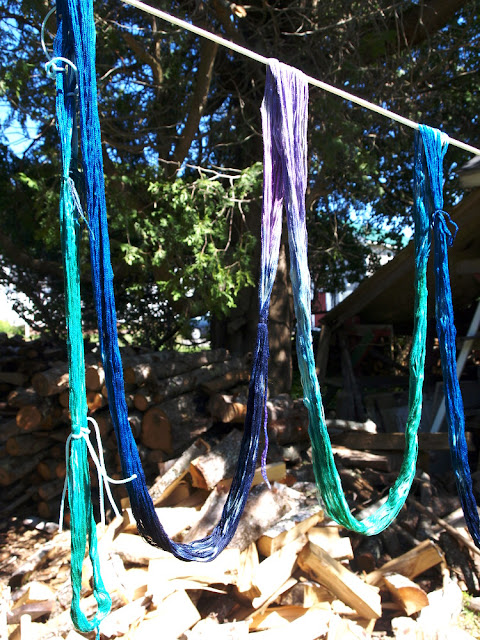 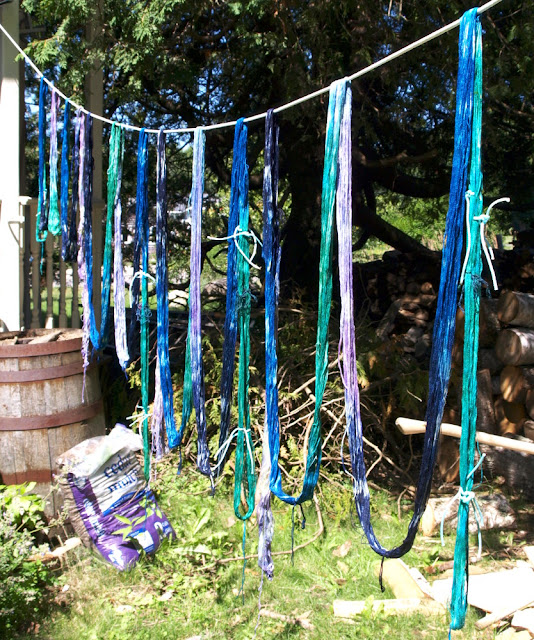 This is the yarn I'm going to weave into cloth for a shirt, and I thought I would test out some of the colors that I will use on the upcoming dyed baby wrap warp.  The purple is NOT correct in several ways, as it was leftover dye from another project, and there wasn't enough powder for a deep color. There is also a deep navy, and bright blue, and a turquoise.  Not included in this warp are some pinks and a yellow. I'm hoping these chains will dry this afternoon, so I can see what the final results will be.

Yesterday I tried to soak the chains of the Supima 12/2 cotton in the soda ash mixture, but they wanted to float on top, so I left them in for about an hour and kept pushing them in.  I did soak them while still chained, and I think that was a mistake - maybe it trapped too much air?  After that, I placed them on my dye table, unchained them, and started the experiment. 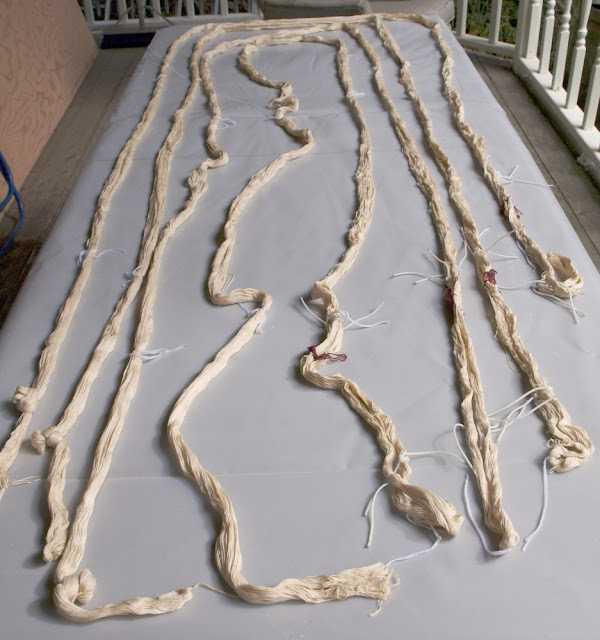 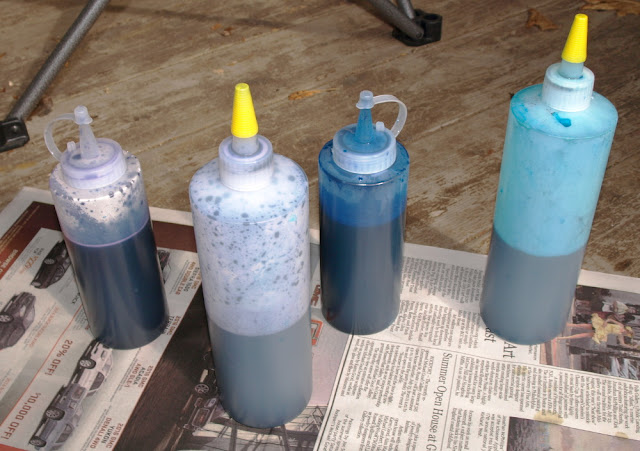 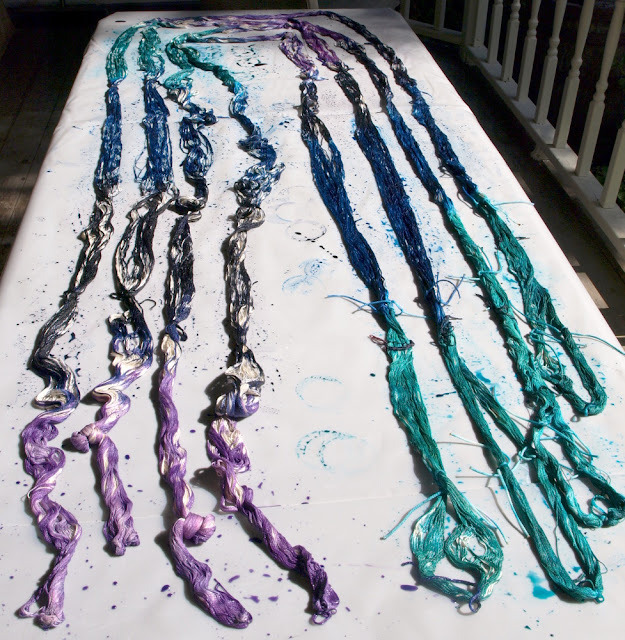 After rolling them up in the plastic, I let them lie in the sun on the porch until the temps started to cool down, then brought them inside and upstairs to finish batching overnight.  I have to say, this dyeing business is quite a project!  No one stage takes a huge amount of time, but allowing for all of the time needed to complete everything does really eat up the clock.

And here's a photo of the house after they finished putting on the last of the clapboards.  The insulation truck showed up on Tuesday morning, and ended up putting a bit too much into the space between the two windows, so someone is supposed to come here soon and cut the sheet rock so that some of the extra insulation can be taken out.  Hate to lose that, but the wall is bowing outward at the moment. I started to putty some of the nail holes today, but there are an awful lot of them, so really finishing this is going to be an ongoing process, I fear. 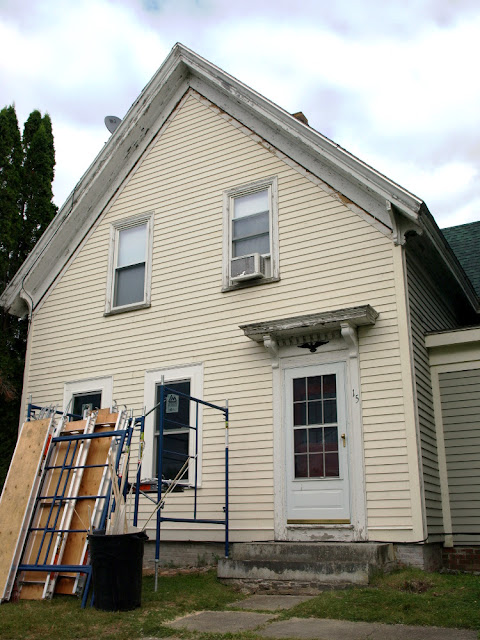