So. last time I blogged, I mentioned that I had wished I had enough time to weave some summer and winter Christmas tree table runners for the upcoming craft fair on August 20th.  Shortly after I posted that blog, I thought to check my records of that project in my Ravelry account, and lo and behold, one runner initially only took me 8 days, so I thought to myself that I could surely get one done in time.  I had to work during the next two days, but on Saturday, I started winding the warp, and while I'm at it, why not wind for two??  Did I mention I do NOT like the pressure of deadlines?? Why I did this to myself I do not know!

To help speed up the process, I decided to wind two ends at a time, but didn't have two cones of the same color, so I used UKI's Lipstick, and rich, deep red, and Red Hot, a very bright red.  For two runners I wound a 3 1/3 yard warp and dressed the loom, all before lunch.  I didn't get back to the loom until the next morning, when I managed to complete the threading and tie up.  Our community band had a concert that afternoon, so I didn't get too much more done that day, just fixed a sleying error and tied on.

Come yesterday (Monday) morning, I began to weave.  The access to the upstairs was temporarily restricted because of the construction, so I stayed up there for quite awhile, and managed to "complete" the first runner and weave all but two repeats of the tree motif of the second.  The word "complete" is quoted because I had a tie up error that I didn't really notice for the first five repeats - well, I noticed them, but since I was weaving wrong-side up, I wasn't sure it was a true error until I could look underneath.  Once confirmed, it was way too much to un-weave or snip off, so I just fixed the tie up and continued on.  The pattern calls for 17 repeats, but after 15 I threw in the towel, thinking that it was ruined anyway, so on to the second runner.  I don't know what's going on in my pea brain, but lately it seems that everything I weave has a major error of some sort.

This morning I was able to be on standby from work due to a low patient census, so back upstairs I went, finishing the last two repeats of the second runner, plus a small four repeat piece. 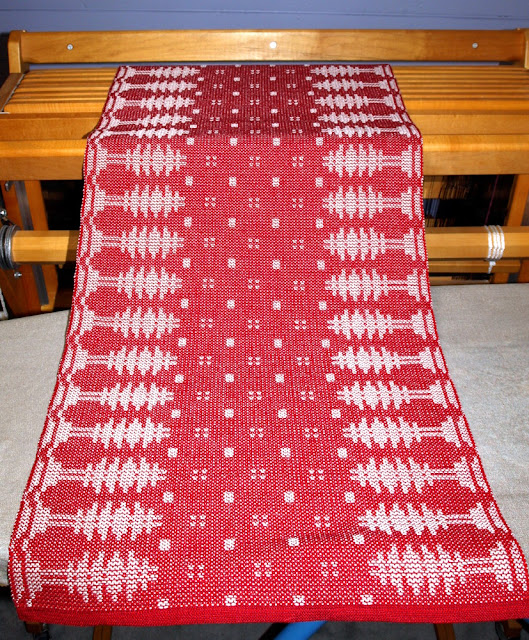 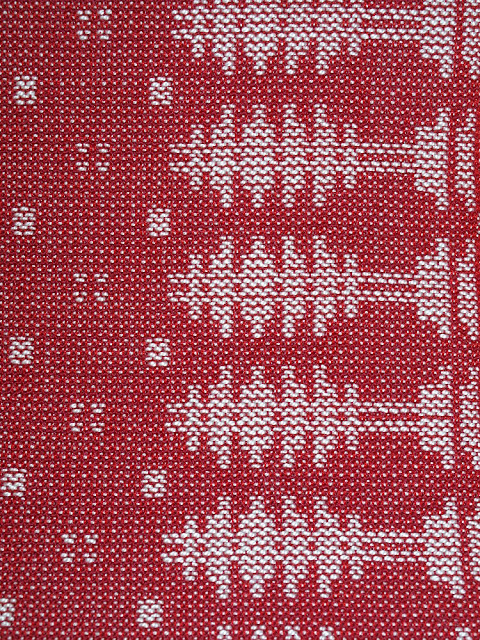 Now to the lemonade part.  Rather than throwing the first one out, I cut it an inch and a half into the bad section, and sewed a small table mat/placemat.  One hem is normal, just the Lipstick in tabby, while the other encompasses the error.  I tried to make it less bulky by picking out some of the thicker picks. 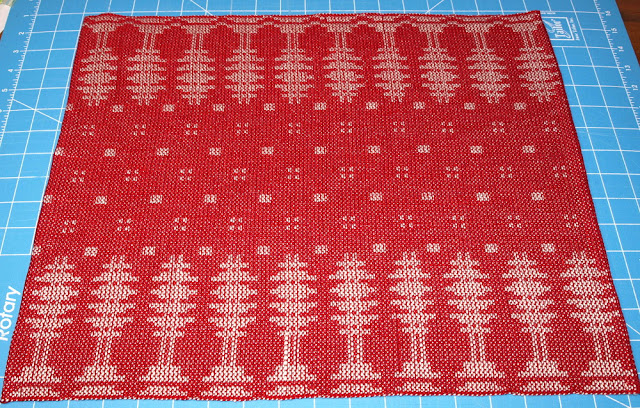 The hem on the right side is the thicker one.  It also has a small error four trees in from the right on the bottom, but if anyone buys it, it will be offered at a discount anyway.  Sigh.

Here's a photo of what the error looked like: 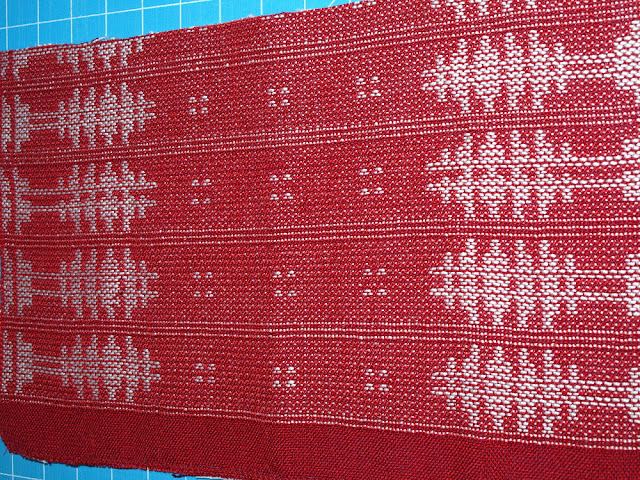 And the small scrap; I have tentative plans for it, but want to make sure it's doable before making it public. 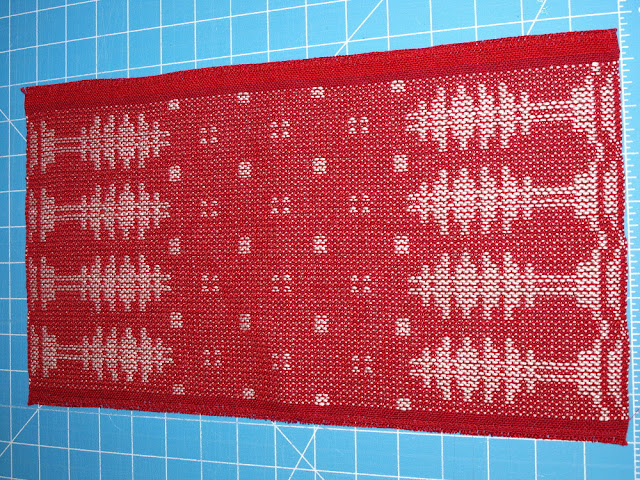 Anyway, not too bad for 3.5 day's work, but it doesn't mean much as far as display and stock for the fair.

The towels that were in a jumble in the last blog have also been finished, and I think they came out well.  I really like the Bockens cottolin yarn, as it gave the towels a great texture. 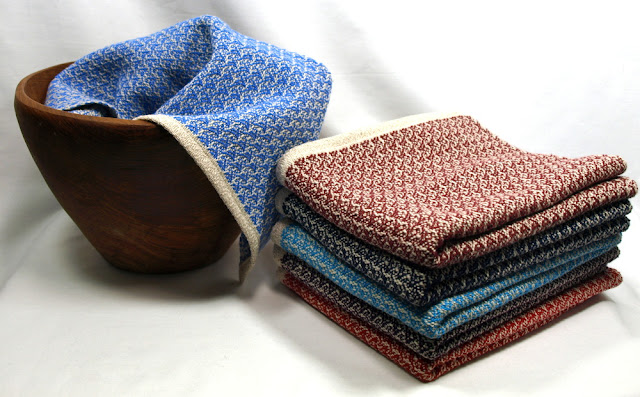 and a close up to show the texture; 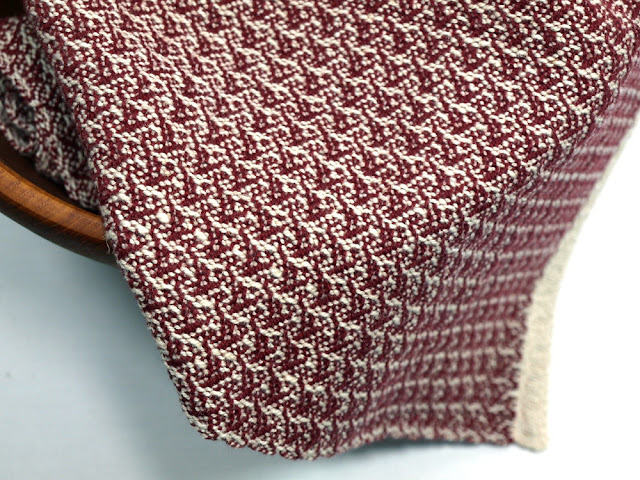