I've now completed 5 towels, and even though I enjoy seeing the towels emerge with each weft, noticing the differences as I go, I have to confess that I'm feeling a bit bored.  There are three more towels to go, but I am now ready for this project to be off the loom so I can actually see how different (or the same) they are once they are washed.  Since my last post, I've woven with a dark green, a dusty green (odd name), and Xmas green, which has a bit of a yellow tinge to it.  Ahead lies peacock, a brilliant turquoise, and then I have a couple of other choices.  We'll see! 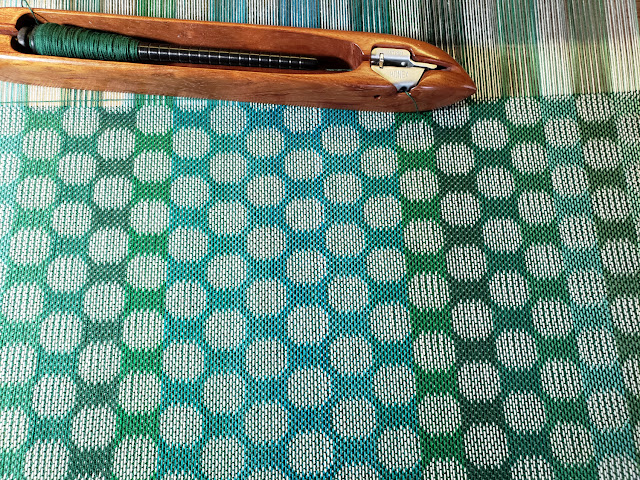 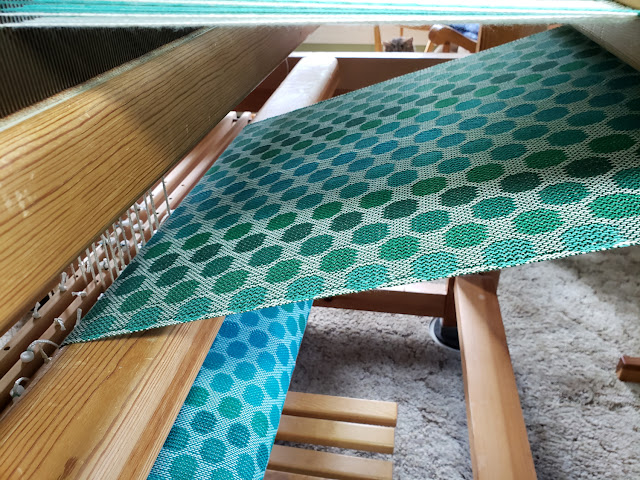 I love the contrast of the darker towel against the green aqua on the cloth beam. 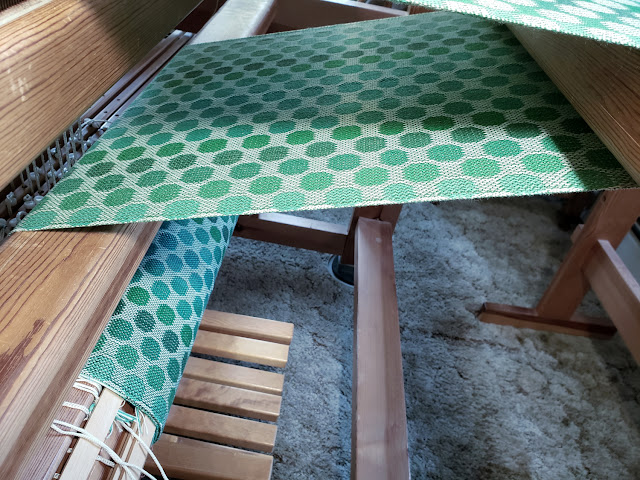 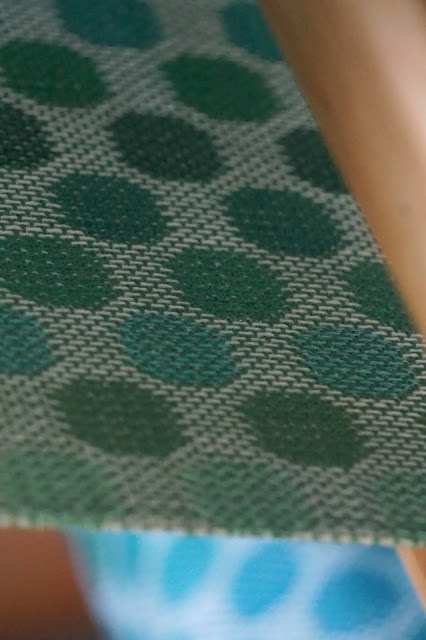 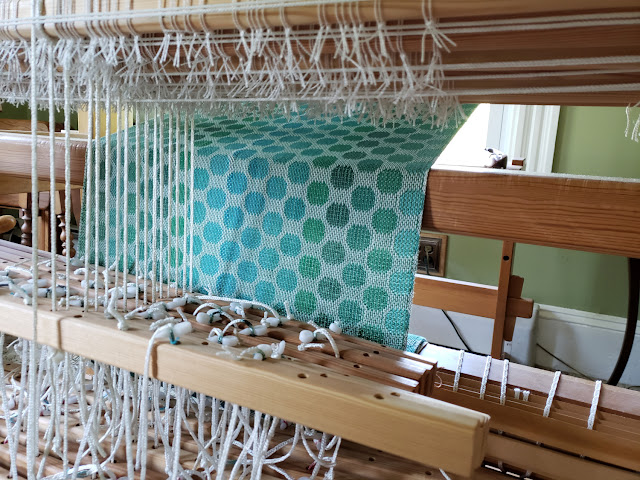 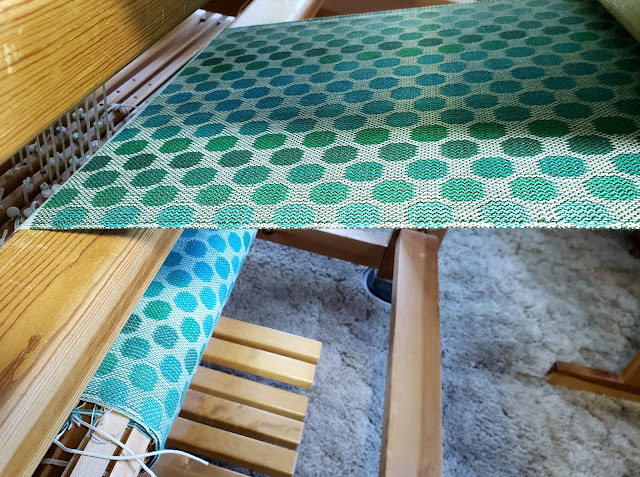 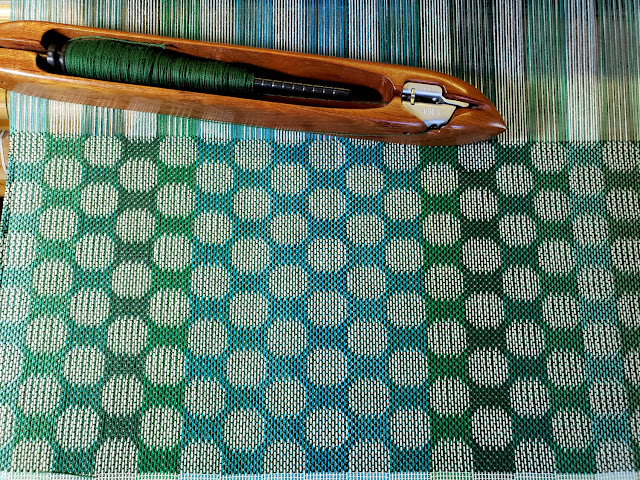 Today happens to be my grandson's 2nd birthday, and it's been a bit of a rough time for me over the last few days.  Understandably, his parents want to keep him safe during this pandemic, so there will be no gathering.  Unfortunately, they have not found much time since this all started to Skype, so we have only seen him that way twice.  My son has sent a few videos, which we cherish and watch regularly.  Each month, that boy seems like a new child, because of all of the changes that are occurring and how quickly he is learning everything.  Tomorrow we can go to their house and see him through a window for an hour or so, but I'm afraid he may be a bit frightened, since he really hasn't seen us (during the Skype calls he was busily running around).  This whole situation just makes me so sad, as it does for so many people.  I miss interacting with him, as well as feeling so filled with love and wonder at all that he is and does.  I realize that this will come to an end at some point, hopefully, and we can then build another relationship, but for now, there is a huge hole in my heart.

On a happier note, my son's birthday was in January, and we still owe him a gift since the first one didn't pan out.  I had seen photos of convertible picnic tables online, and after doing some research and finding some plans, I talked my hubby into making one for him.  Well, it is actually a belated gift for him, an early gift for my daughter-in-law (birthday in July), and another gift for the boy.  After a bit of a slow start, my hubby really came through!  He changed some things to make it sturdier, but I love it! 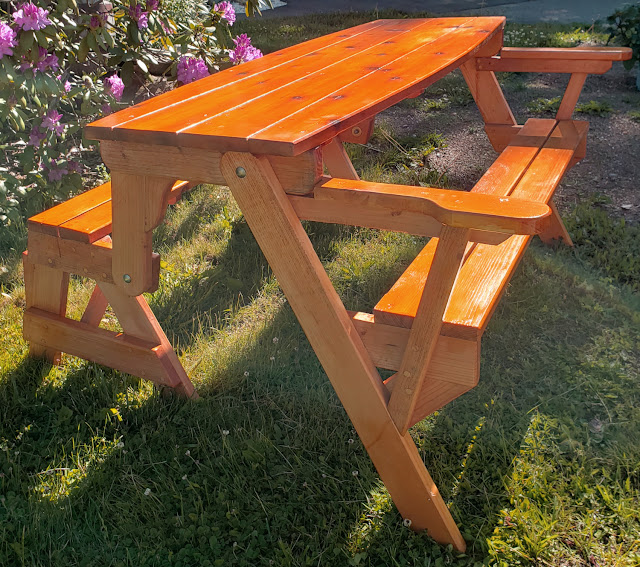 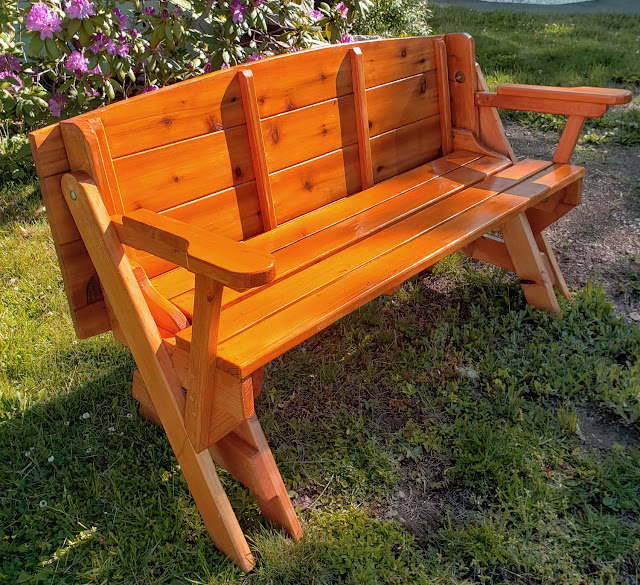 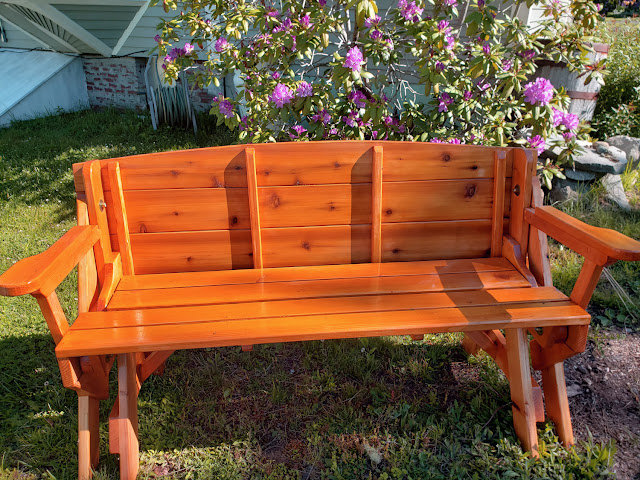 We've kept it on our porch until we can deliver it, and I have to say, we've grown quite fond of it.  I'm hoping that he'll make one for us someday. 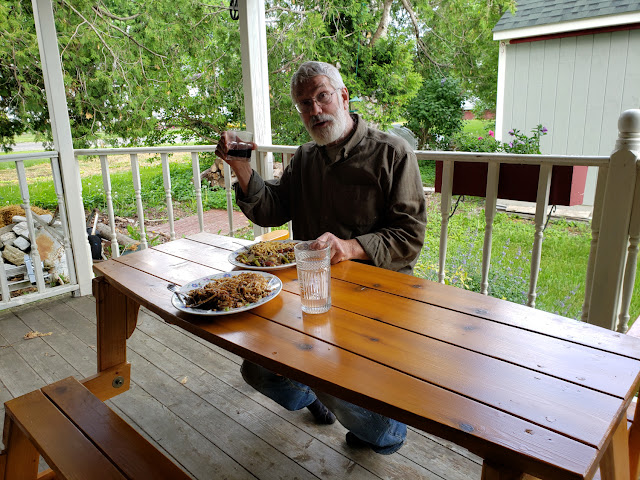 For the last shots, our irises and rhododendrons have bloomed.  It's so nice to see so much color! 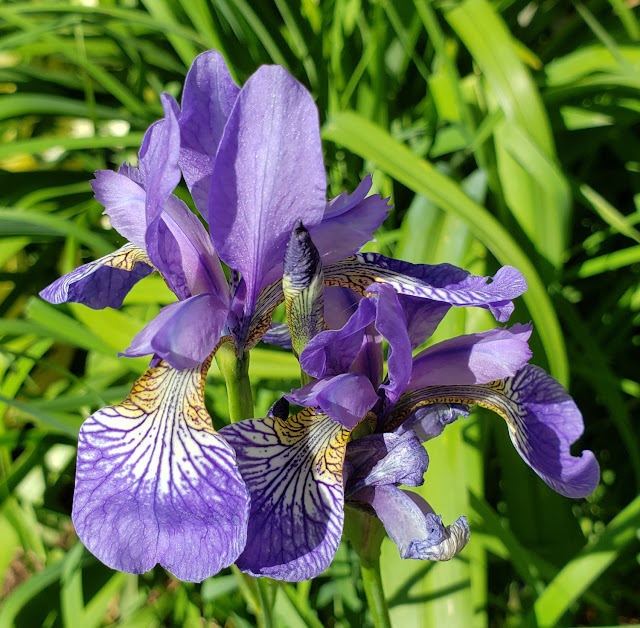 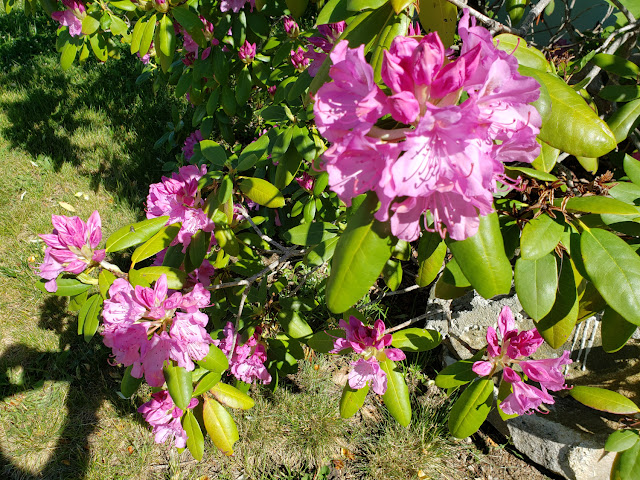