Just a few quick photos to show you how we here in the midcoast of Maine faired after the blizzard on Thursday.  As the meteorologists has predicted, it wasn't the snow that was going to be problematic, but the winds which led to white-out conditions.  I was very grateful that everyone in my family was safe in their homes instead of on the road.  Impossible to say how much we got, what with the snow blowing every which way, but I would estimate 6-ish inches.

Here's a shot of some of our wood pile the day after the storm; 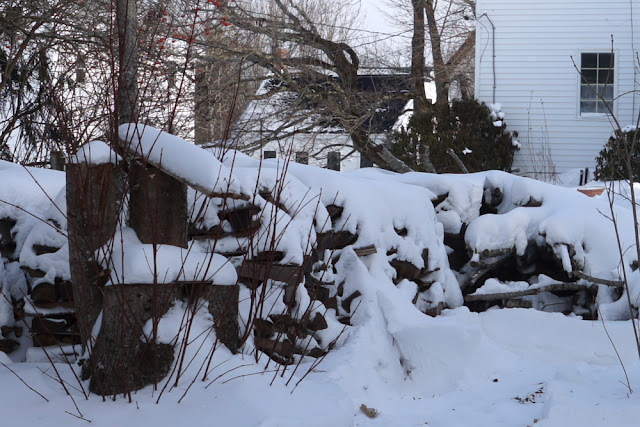 and a shot taken by my hubby at a nearby harbor - looks cold, doesn't it? 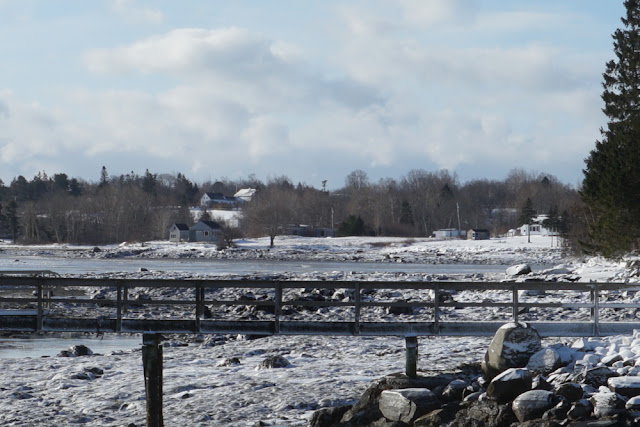 The Arctic air that whooshed in after the storm is putting the Big Chill on much of the northern half of the country, with our temps barely reaching single digits during the "warmest" part of the day.  Locally, we've experienced a lot of sea smoke, which happens when the frigid air meets the relatively warm water of the ocean. 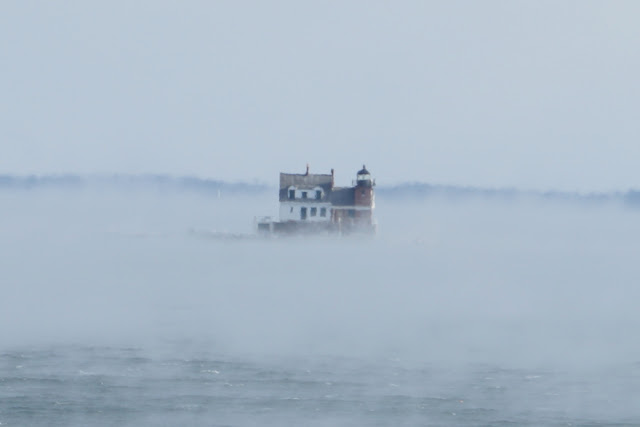 Above is the lighthouse at the end of the Rockland Breakwater, which is 7/8 of a mile long.  We and many others frequently walk on the breakwater during the warmer seasons, but the sea smoke makes it look awfully eerie.

This shot is of the ice crystals on the inside of our garage door.  So pretty. 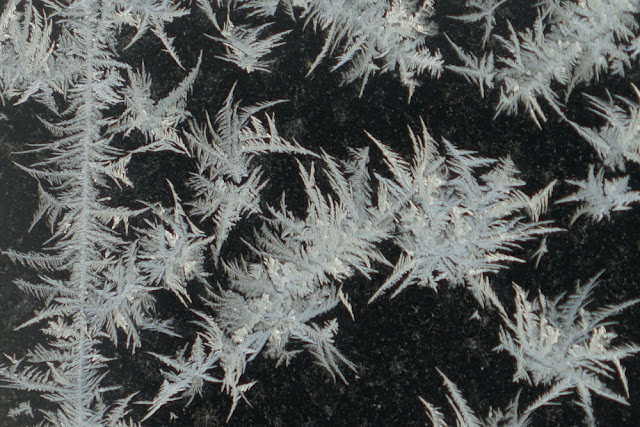 Not too much to show on the crafting front.  I'm in the process of planning my next warp, but I did find a bit of time to quickly knit up another pair of baby mitts from some superwash DK yarn I had on hand.  I used a 3 stitch I-cord to connect them. 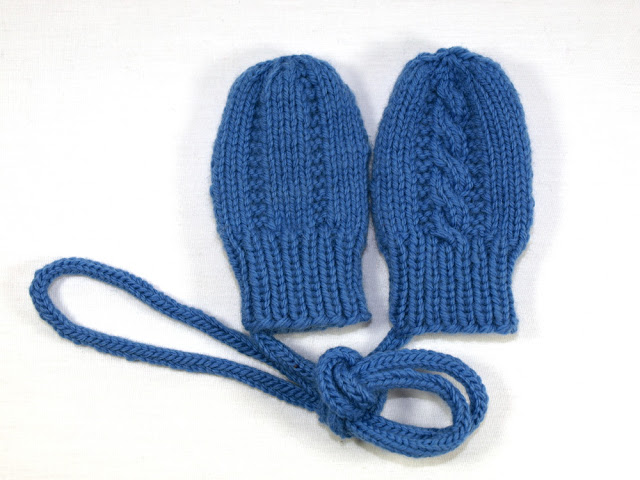 I also just finished doing my husband's business books - it only took 4 days - so now I can start on my own accounting.  Much fun to be had, for sure!

And a parting shot:  Dinger, curled up and comfy, all legs.  Wouldn't it be nice to be that relaxed? 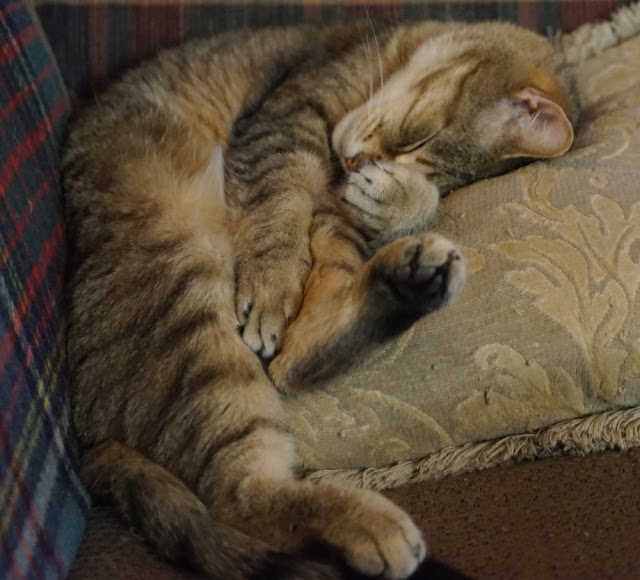