I'm not sure why, but this year seems to be The Year of New Equipment for me.  First, I replaced the iron that I've had since I was (cough) 18.  It still worked, even though it occasionally left some deposits on items, and took forever to heat up.  Of course, it took forever to heat up even when it was new, so I thought that was just what irons did.  Boy, was I surprised when I bought my new one and it was steaming hot in one minute!!  I like the auto off feature, even though I'm very careful and have never walked away from a hot iron, but mostly the amount of steam and speed of the heating is what wows me now.  Now that I am spending more time ironing it's nice to have a good iron.

To help explain the second purchase, I'll have to show you why I made it.  I came across a pattern for a clutch wallet that someone had made with handwoven material, and I was intrigued.  The pattern is called the Necessary Clutch Wallet (affectionately known as the NCW), and I purchased it on the website Emmaline Bags (http://www.emmalinebags.com/).  Now, I've not done much sewing except for hems in many years, and I was pretty intimidated by the thought of making these, but the directions are excellent, and Janelle is very helpful. She patiently answered several questions, and pointed me to her group on FB, as well as another group that is gaga for her clutch. My thinking is that I could offer the clutch to mamas that have me weave them baby wraps, using the same material. Just to test my abilities, I took some quilting cotton that I've had in the house for eons, bought some interface and a zipper, and gave it a go.  Here's the result: 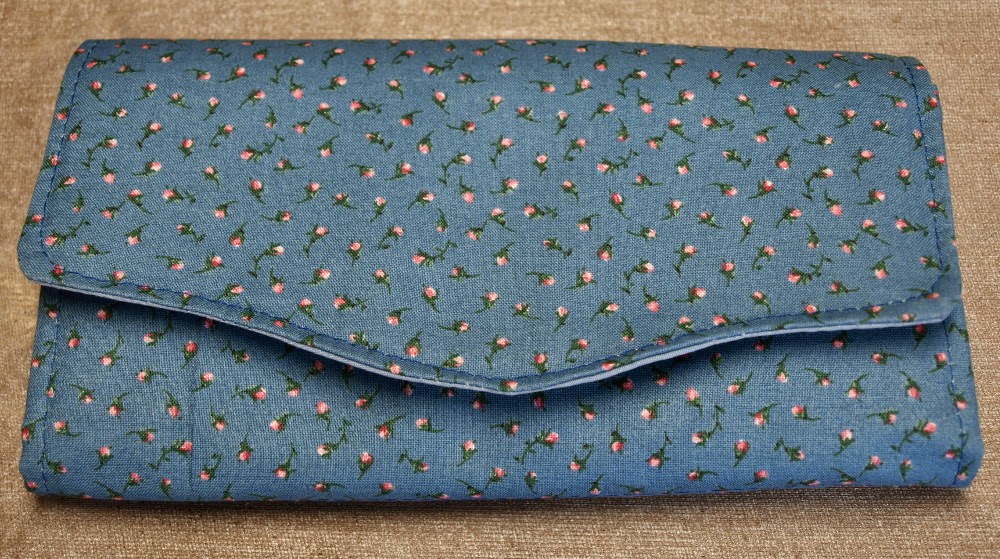 The real selling point for me is the fact that it has a compartment for just about everything, especially today's large cellphones!  I am forever carrying mine separately, because it doesn't fit in the small bags that I prefer.  It also has 12 credit care slots, and zippered compartment for coins, and several areas for greenbacks, tickets, and other paper. 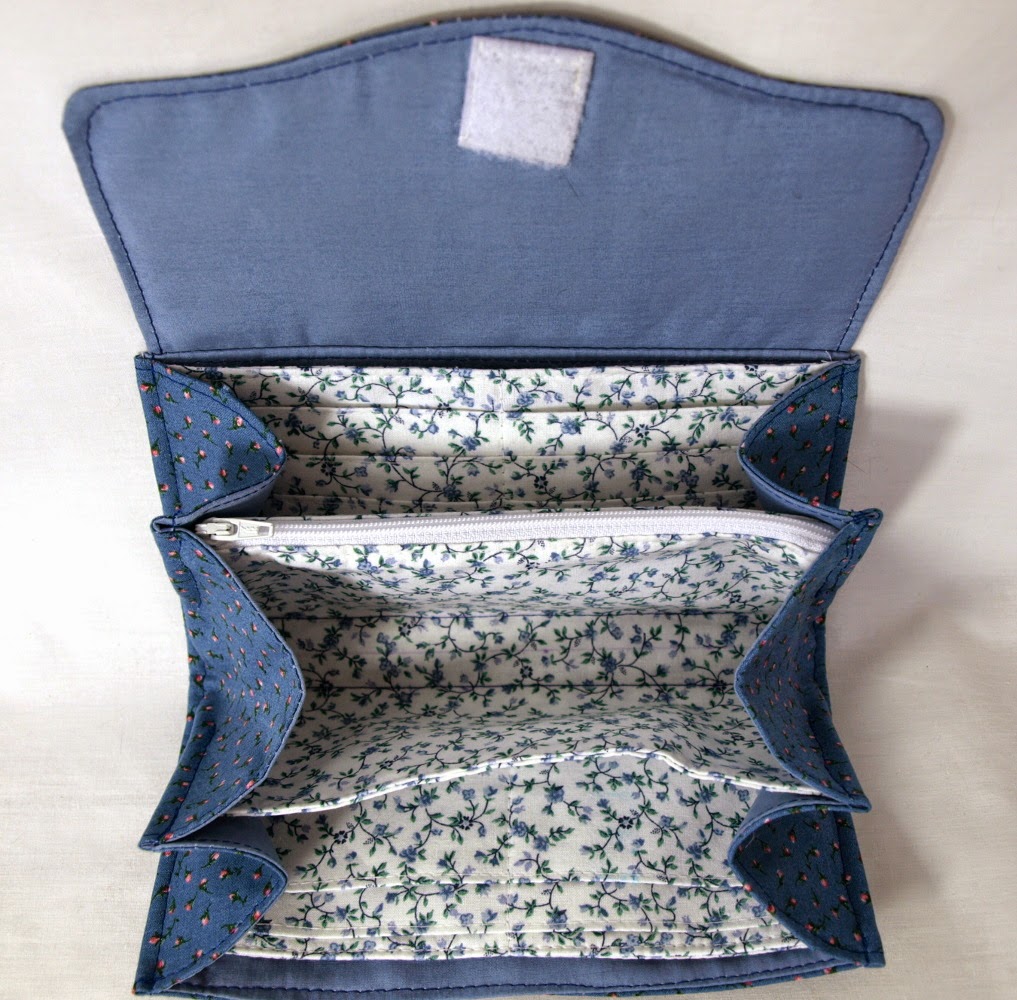 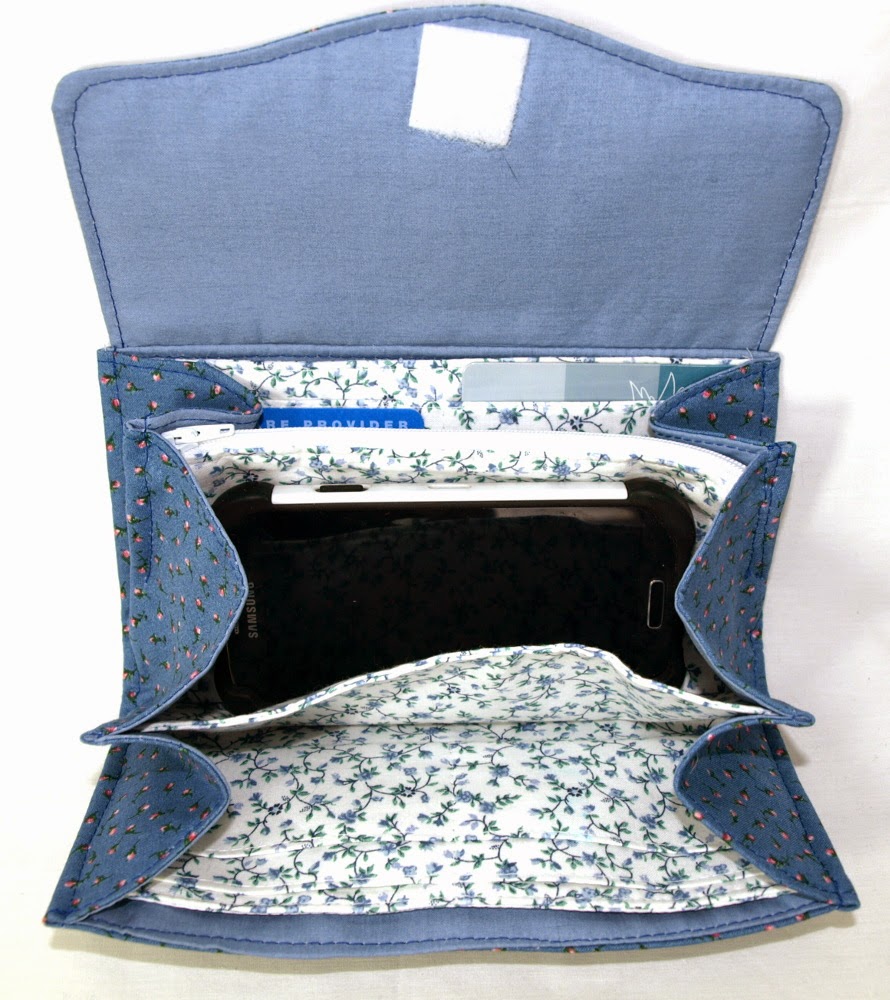 There are also directions for adding a writ strap, or a removable shoulder strap.  So far, the folks I have shown this to seem to like it, so I'm in the middle of making 4 more.  There will be a few modifications on the next batch, so stay tuned.

Which leads me to my second purchase - a new sewing machine.  I've had an old, no name machine that I bought from JC Penney for many years, and it doesn't have a lot of power, which was clearly shown during the sewing of the NCW.  Many times there have been other problems along the way, so I recently got a Singer 9660, which got good reviews everywhere I looked.  It's computerized, which may pose problems down the road, but right now it is fantastic!  Very powerful, very quiet, has a huge range of stitches - more than I can ever use, I'm sure - and came with many many accessories. 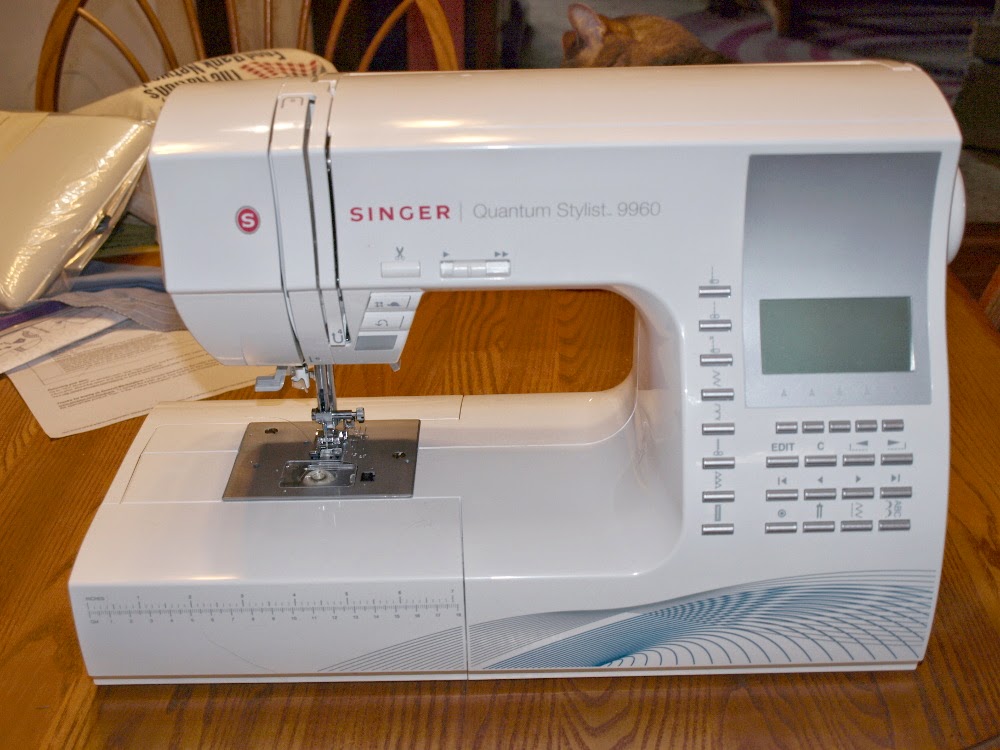 I'm especially excited to have a walking foot, because it will help with hems and other sewing with handwoven fabrics.

And finally, thinking towards the future and my sanity, I decided to splurge on a Mini Warping Square, found here: http://www.sawyerbee.com/warping-square-mini.html.  By now you already know that I've had issues getting warps on my looms without a lot of strumming, plucking, and detangling.  I've been following people who purchased the original Square, which is a free standing one, but didn't want to spend quite that much money.  I also wanted to keep the clutter factor to a minimum, and the mini clamps onto a loom's back beam.  I got the first one he produced, and waited anxiously for it to arrive.  It did, quite promptly, and I put it together and clamped it onto the beam.  I had to have the sectional rakes positioned just so to keep the arms of the Mini free to spin.  You'd think that would have tipped me off to a potential problem, but nope! It wasn't until I tried to load the measured warp onto the sectional beam that the light dawned...The arms of the mini kept hitting the rakes, keeping them from turning. The back beams of most looms are not directly above the warp beams, but at an angle. Mine is directly above, and only 2 inches away.  Mitch tried to come up with a solution, and was very apologetic, but nothing could be done.  I felt terrible, and even tried clamping it to my bench, which worked but ergonomically was a disaster.  I'll be returning it soon, but I would urge anyone thinking about a warping wheel of some sort to give the Square a good look. 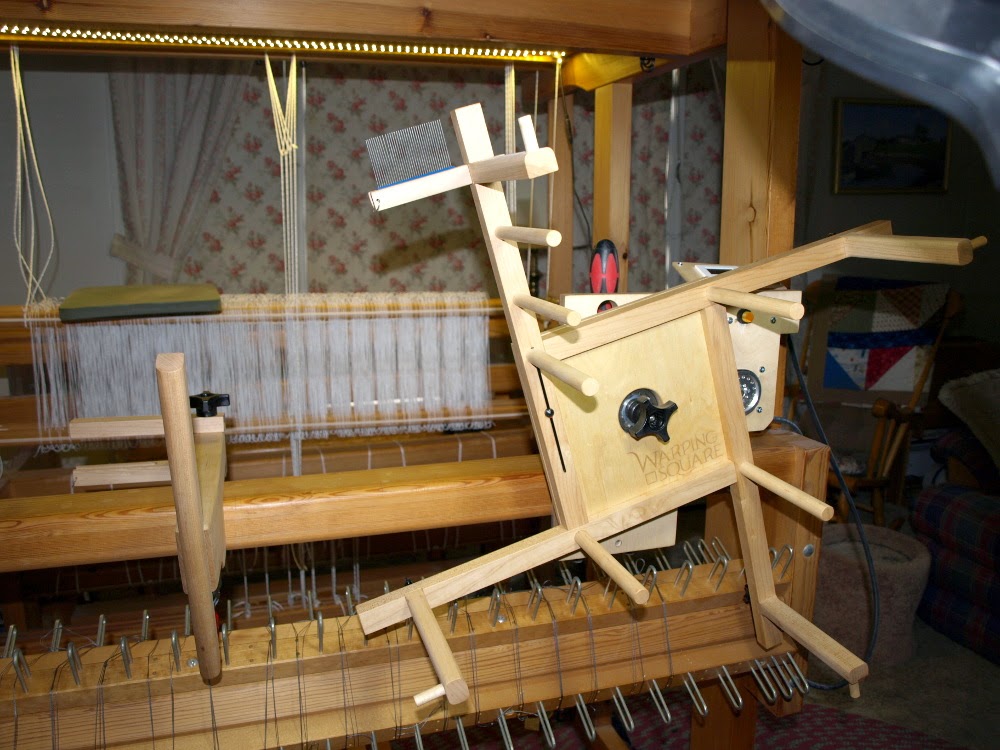 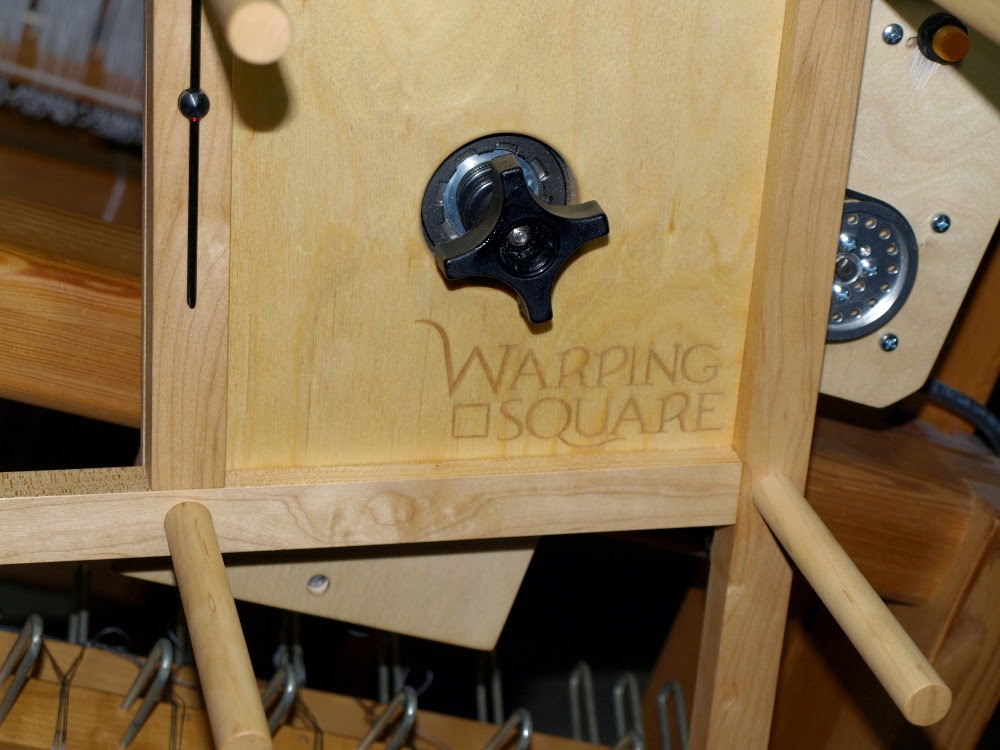