Gardening and Other Tidbits

Just a quick post to show I do indeed think about things other than weaving!

Hubs and I went to the garden center last weekend and bought some perennials for our small flower gardens right off the east side of the house.  Most got planted - a few are still waiting.

We also bought a magnolia tree that still needs planting.  Hopefully, that will get done this weekend.

On Wednesday evening, we were quietly sitting when there was a huge WHOMP that shook the house and scared the cats to death.  After some investigating, we found a female woodpecker had flown into a living room window.  She was lying on the grass, not moving, with a wing half-extended.  Hubs gently picked her up and saw that her eyes were open and moving a bit.  Her beak was open and not moving.  I grabbed a towel, into which he placed her, and gradually she started to move her head a bit, then her beak.  I grabbed the camera as he took her to the suet we hang out for them, which she didn't want.  He then tipped some hummingbird food into her beak, which she swallowed.  He then placed her in a protected spot, and when we left a short time later, she had already flown away. 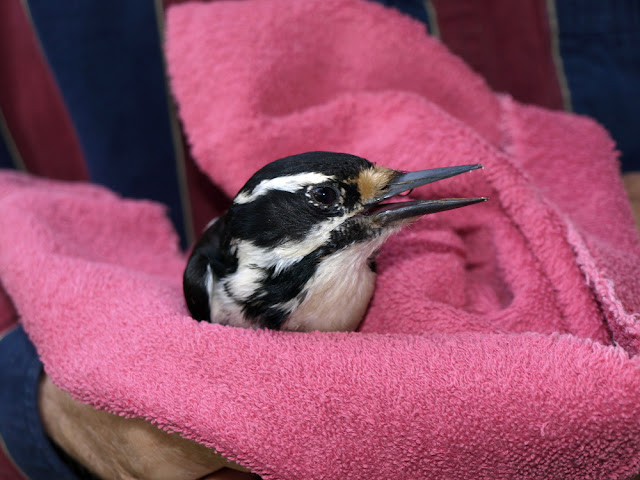 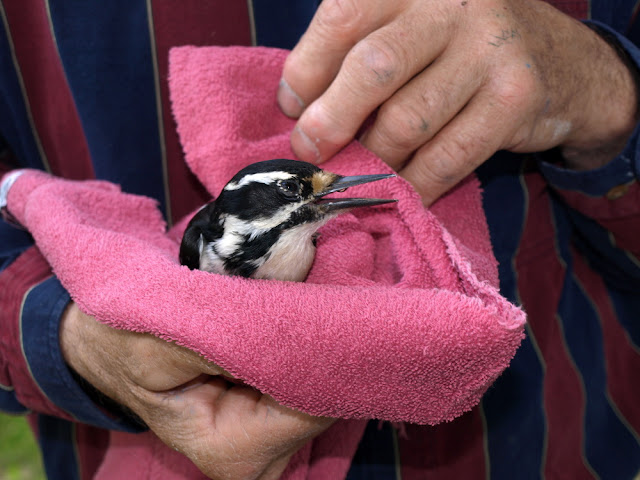 They really are incredible creatures.  I'm sure she would have done fine if left alone, as they are built to withstand blows to the head, but it was amazing to be able to see one so close up.

And, on a small weaving note, do you remember this fiasco? 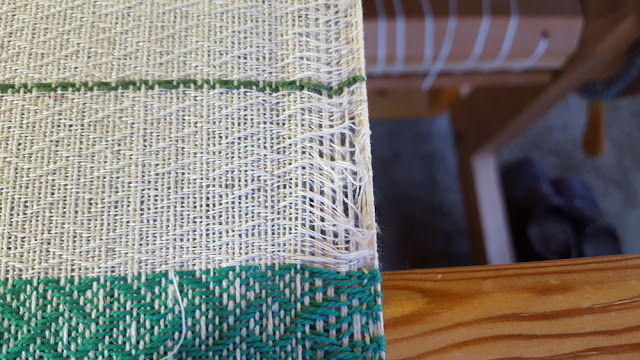 This is the cottolin/cotton towel that was the first on a warp, on which I initially used a temple set to wide.  This towel has been sitting in a room, waiting patiently for me to figure out how to fix these multiple broken weft threads.  In my head I was sure that I would/could hand weave in replacement weft, maybe not in the correct pattern, but tight enough to end up with a good sturdy edge.

Nope.  The reason it sat so long, I think, is because subliminally I knew I wasn't up to the task.  So  I roughed in some thread in the worst places, washed/dried it, and tried to fold the hem in such a way that most of the damage is folded inward.  This is still not sellable, so I actually own my first cottolin towel!  Boy, what a difference a little bit on linen makes.  I love this thing, and really hope the hem doesn't fall apart.  (Stinky cell photo to follow); 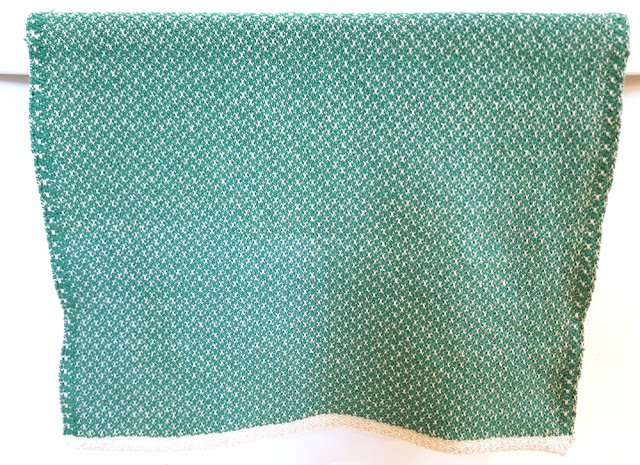 I hope everyone has a Happy Memorial Day!  Our community band will be playing tomorrow at a local event, Boots on the Ground, at the Montpelier/Knox Museum.  We are honored to be part of this event that honors the military every year.