I did it.  I decided to back out of my once a year craft fair.  Weaving is progressing but very slowly, and there are many outdoor projects that need attention this summer, not to mention a new human in the family.  I feel badly about not going for a couple of reasons; I've taken part since the inaugural fair 3+ years ago, and I've had some return customers seek me out, so they may be disappointed.  Just a reminder - you can always find me here, at www.threadbaredesigns.com, and at my Etsy shop.

I'm inches from finishing the last table runner on the big loom.  Frankly, I'm very happy about that, as the new tie-up system is causing me nothing but headaches.  The sheds are fine, but a few of the pegs used to create the tie-ups are either getting pulled out of the holes on the lamms or falling out for some other reason.  This means that I have to get under the loom regularly and re-peg the ones that fell out, which is way more work than the old way.  The problem is, I cannot figure out what I am doing wrong.  I thought that maybe my treadle gate was causing issues, so I pulled that out - nope.  I repositioned the pegs so that they were parallel with the lamms (sticks) that they sit on  - still nope.  I've run out of ideas.  It only happens on the bottom lamms of the first 3 or 4 treadles.  What a drag.

Here's a shot of the green:  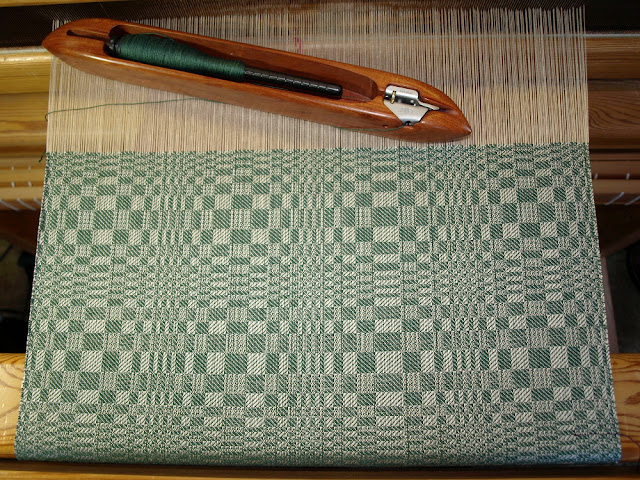 This runner will be longer than the other two, so I can use up the last of the warp.

Today the weather is glorious, warm and mostly sunny, quite summer-like actually, so hubby and I had lunch at our local coffee house and went for a walk on the Rockland breakwater.  While it has stayed a bit cool at the house, which is on a peninsula, downtown Rockland was very warm, into the 80's.  The wind at the breakwater was quite strong but warmish.  The wind was coming from the southwest, so the inner harbor was very choppy, while the bay was quite calm, just the opposite of what's supposed to happen with a breakwater!

I took some photos with my phone to give you an idea of the day.  This is looking at the breakwater from the shore.  There's a lighthouse at the end which you may be able to just make out (or not). 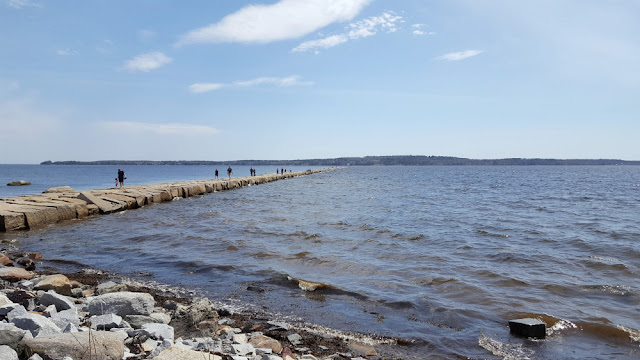 This is looking towards the lighthouse from about halfway out.  The harbor is to the right, and Penobscot Bay is to the left. 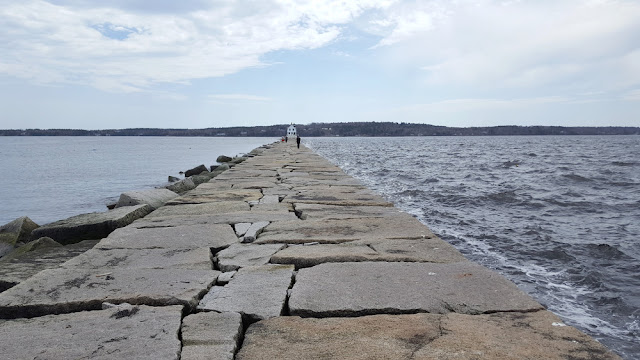 This is one of several ferries that spend the day shuttling between islands in the bay and Rockland.  They pass fairly close to the end of the breakwater.  This one is headed out to the islands; 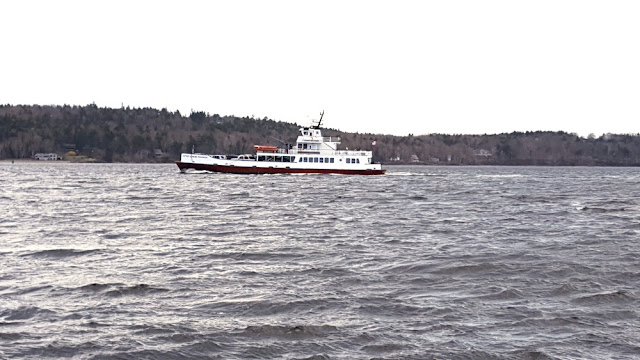 And this is a different one on the way back; 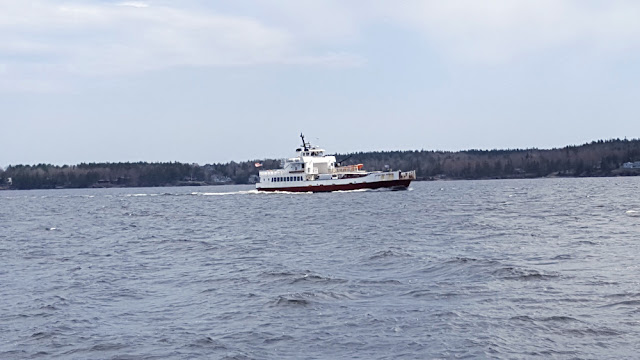 This view was a lot more impressive in person!  Looking towards the Camden Hills from the end of the breakwater; 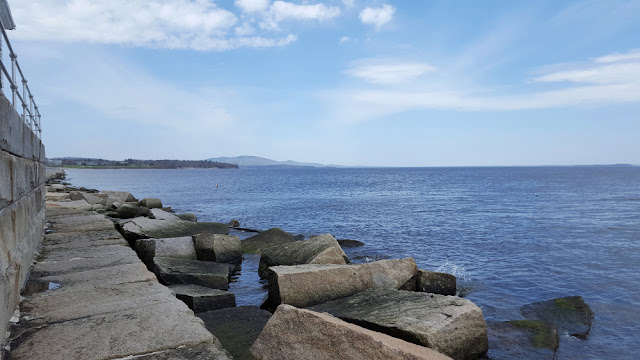 This was taken just a few steps from where the above photo was taken, trying to show the distance back to shore.  The Samoset Resort is the white buildings you can see at the end. 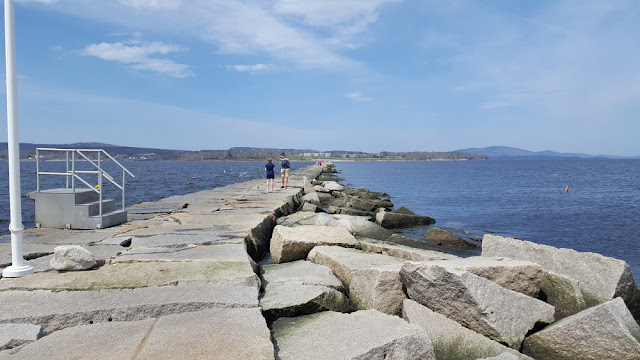 And finally, this is the sign at the beginning of the breakwater, giving some advice to people who are perhaps not aware of the distance or conditions they will be facing.  I can tell you, it sure feels longer than 7/8ths of a mile! 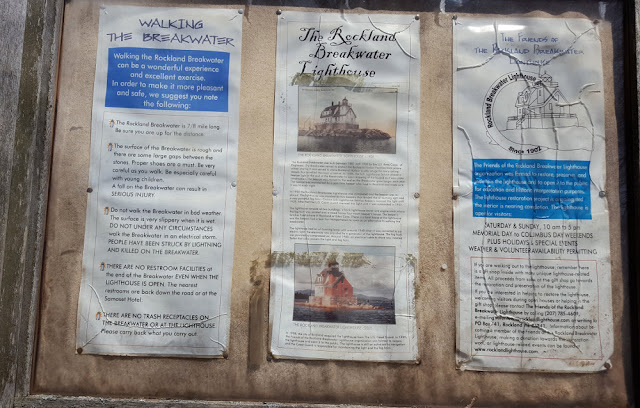 That's it for today's post.  Tomorrow I will finish weaving and get the cloth off the loom, but I'm not sure if I will have to time to actually do the wet-finishing, since I also have to make food for two days at work and do some (gulp) housework.