Like much of the northern half of the country, we are in the middle of an Arctic blast that is keeping me indoors as much as possible.  Seriously.  The air temperature at noon was 1 degree F, with a wind chill of -20F.  I ventured out today only to pick up the mail, and ouch!  It is COLD out there.  We had a blizzard here on Christmas Day, which made my commute to and from work interesting, but no outdoor photos to share because, well, have I mentioned that it's frigid outside?!?

The good thing about staying in is that I've gotten back to the loom, albeit in smallish bits.  Younger son is home for the week, and he likes to sleep in, so I weave after breakfast until either lunch or his awakening.  After that, it's social time.  But this morning I finally finished weaving on the plaited twill towel warp.  Since last time, I wove another navy towel, and decided to end with a bright red one, which makes 12 towels.  Much to my surprise, there was still enough warp left to weave a very small towel (towelette???) or table square.  I grabbed some bright turquoise yarn for weft, and managed to finish right before lunch.

Here's the red one; 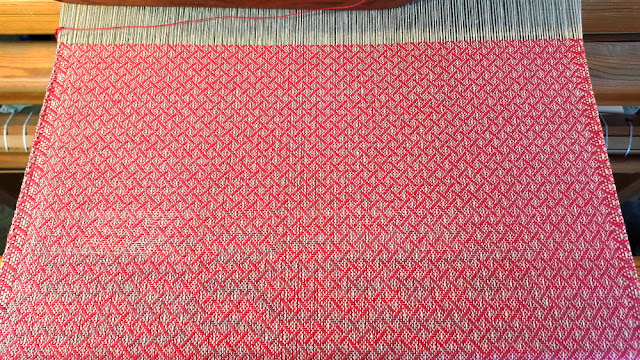 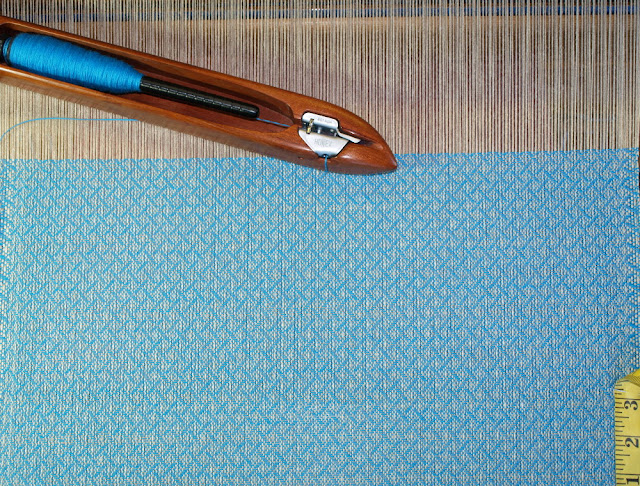 Here is how closely I wove to the end of the warp - first from the front of the loom; 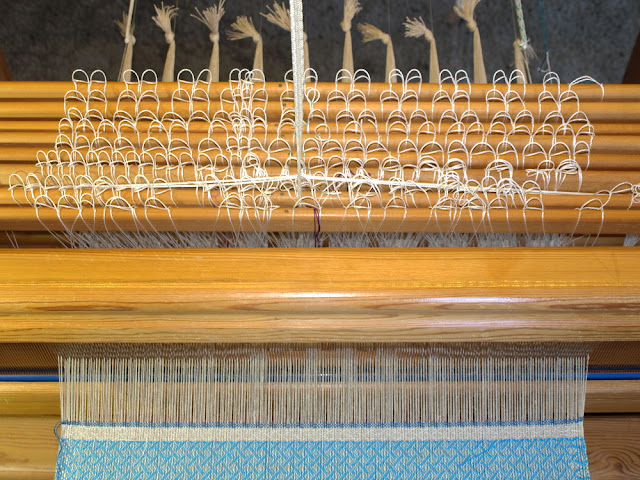 and from the side; 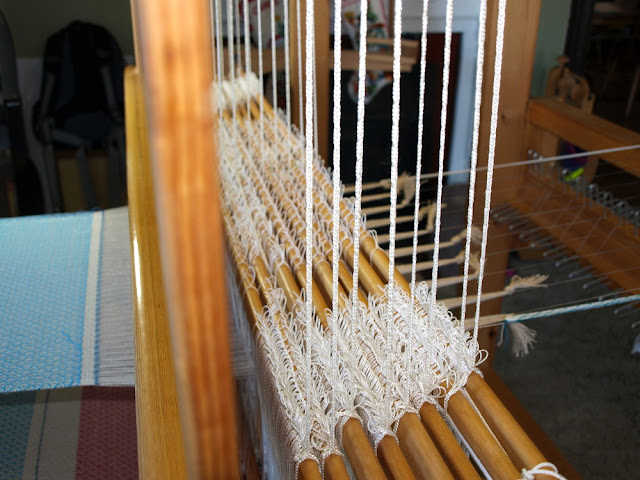 I may have been able to eke out another inch of so, but I was afraid of getting too many skips.  The overall length of this last piece on the loom is ~27 inches under tension, so we'll see what the final length is after wet finishing.

Here is a shot of the cloth beam just after I started this last piece - gotta love an orderly roll of cloth! 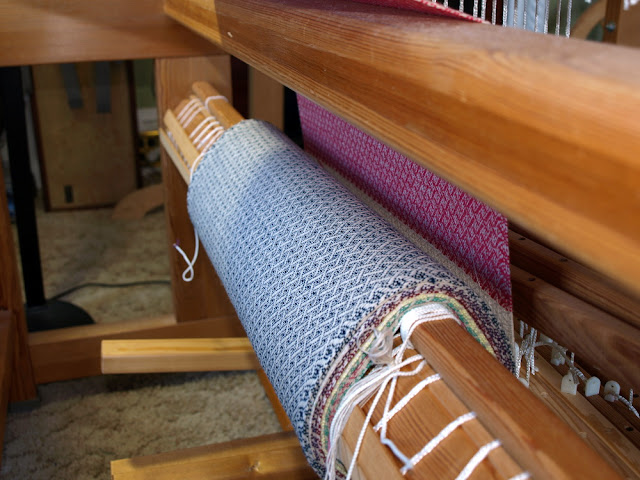 In my spare time (?), I've been working away on that cross stitch Christmas stocking that I've blogged about in the past.  I looked up my notes and realized that I've been working on this for over a year!  Granted, I didn't do much during the summer as I was getting ready for the craft show in August, but that is going to happen again, so I really need to get this thing done!  Here is a stock photo of what the final product should look like; 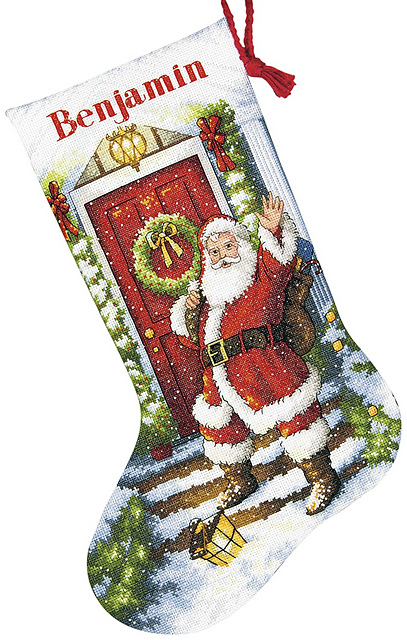 Of course, mine will be full of errors, as my cross-stitches always are, but who's to know?  I also have to figure out how to put it together slightly differently than the directions say.  The kit comes with a piece of red felted material for the back, but that would leave all the unfinished ends and back of the piece exposed for little fingers to catch or pull, so I think I'd like to put the red felt as the backing for the front piece, and have another piece of red cloth as the back, but I've not yet figured that out yet.  Luckily there's plenty of time to work that out!

Here's hoping we all warm up soon!!!