More Tencel Cowls and a Bit of Political Fun

When searching for my next weaving project, I found myself drawn to another batch of the network twill cowls like the ones I just finished, but in a different colorway.  My thinking was that the treadling pattern was fresh in my mind and would therefore facilitate a speedy weave.  I was partially correct, though I waited just a bit too long to start the project.  I'd forgotten most of the sequence, but relearned it much faster than the first time.

I wound a warp using Webs' 8/2 tencel in the Birch colorway, and I have to say, it is lovely!  There is almost a slight sparkle to it, which seems to give it some depth.  For the first cowl, I used black tencel, and really liked the results. 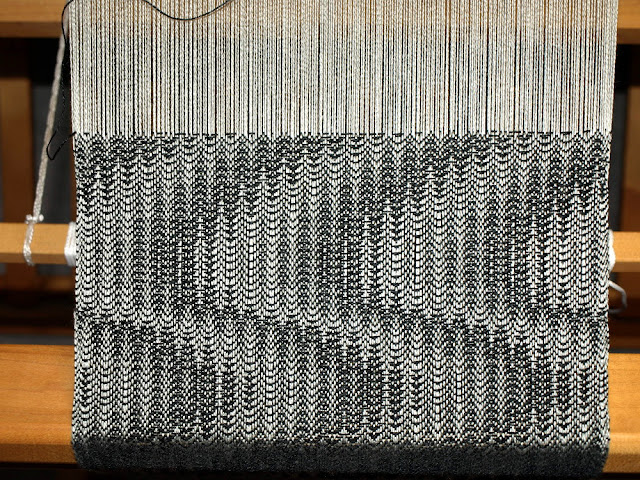 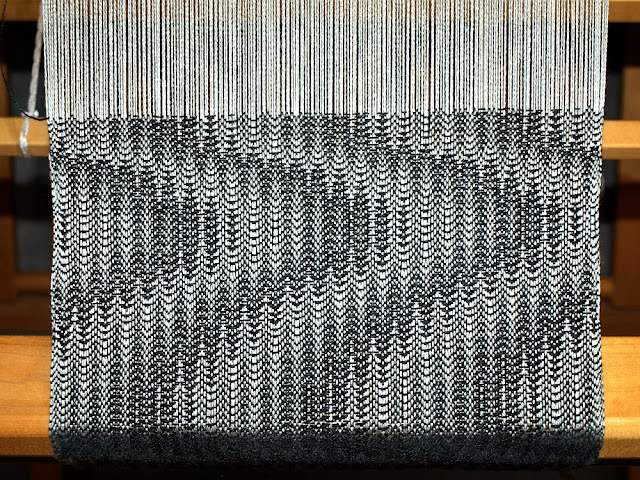 For the second cowl, I decided to try a variegated tencel, also from Webs, Iris Combo.  It is made up of black, royal blue and magenta, and seems really difficult to photograph.  I also changed the treadling a bit to adjust the curves. 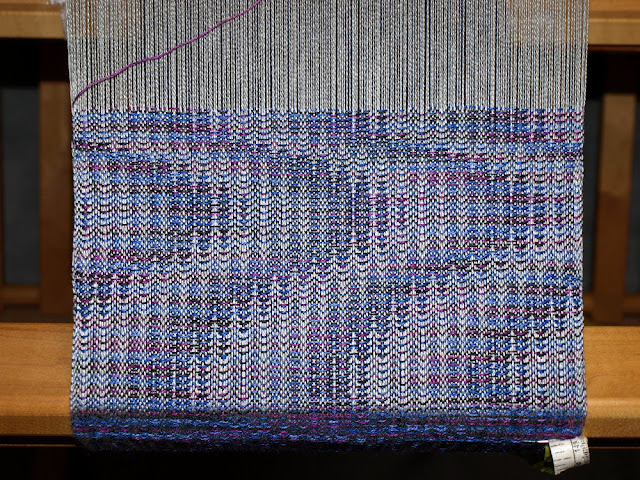 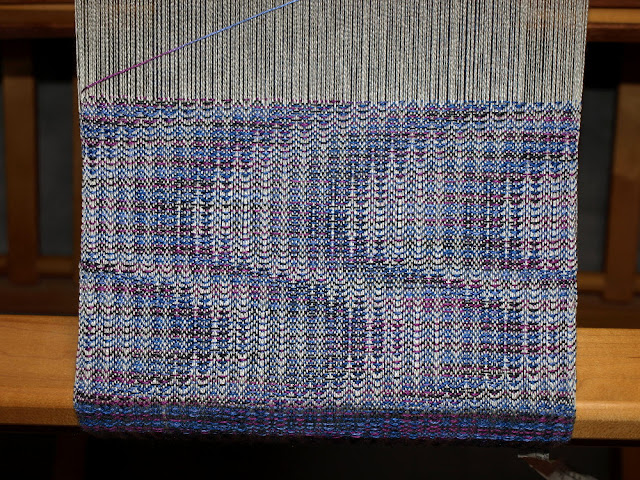 I think I have enough warp left for one more scarf/cowl, and had decided to weave it with the black weft, because it just looks so classy, but now I'm not sure whether I should do that, or go with Blue Ming, which is a bright, slightly turquoise blue.  I don't think I have enough warp to sample (I know, I know...), so I guess I'll see what I end up with!  After that, I have to get going on some towels, with the summer craft show in mind.

Normally, I keep my politics to myself, as I don't really like conflict and figure everyone has a right to their own opinions.  Obviously, that still stands, but after showing my "my keys" key fobs to a coworker, who exclaimed "If it said 'Nasty' I'd buy it," I went ahead a warped my inkle for another set of fobs.  So far I've woven 3, with enough warp left for at least one more.  I think they may be popular at the craft fair in Portland, though you never know!

Because the letters are larger in "woman" than in the other word, the fobs will be bigger and the letters will most likely cross the fold, but I still like 'em.