Since completing the competition wrap I have found myself dead in the water when it comes to weaving.  Lots of "I should's" swirling in my brain, but very little action.  Do I wind a quick tencel scarf warp on which to try dyeing for the first time?  Or design some towels using random pinstripes?  Or maybe an eight shaft heart weave of some sort?  So many ideas that my poor noggin basically just says, "nope" to all of them, and it just lays there, paralyzed by indecision.

I did manage to weave the turned twill towels off the loom, but only because the shop that wanted a half dozen sent a deadline.  I ended up with 10 towels instead of 12.  I used the same "recipe" as I have in the past, yet the towels came out a bit long.  That was the warp from, well, you know where, and I'm very glad to get it off the Baby Wolf.  I didn't end up with too many issues with tension, once it was all tied on, but the beginning of the process was so onerous that I think I will steer clear of trying to use my warping square to wind warps for looms that don't have sectional beams.  So the shop that requested 6 towels received them on Wednesday, and my shop will have 4, once I can force myself to take those glamour shots.  All I have right now are in progress pics; 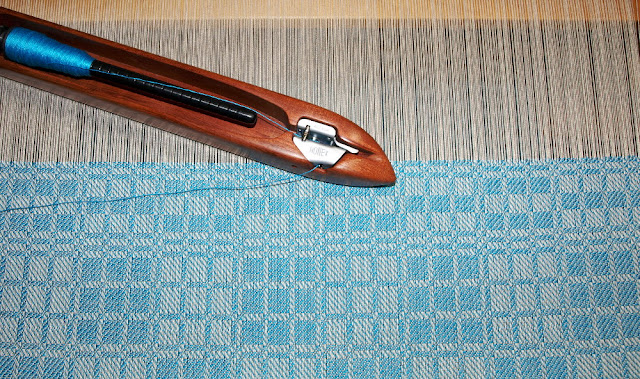 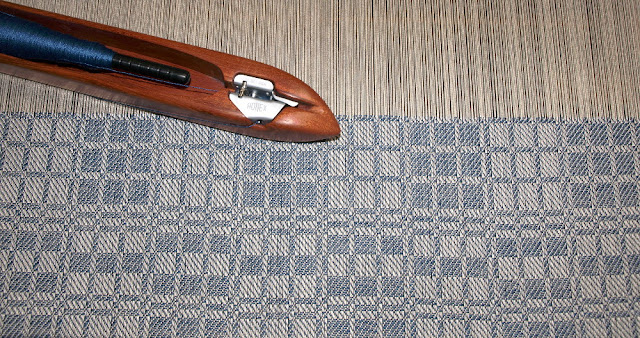 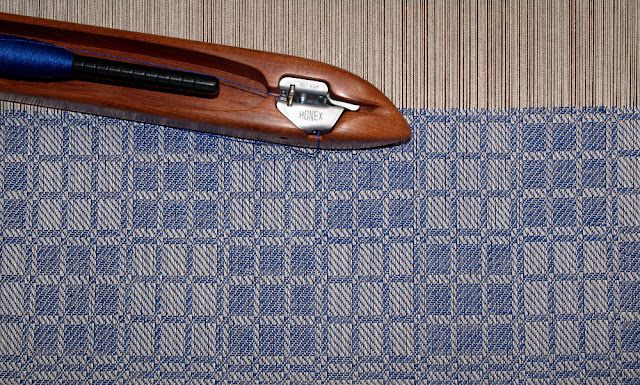 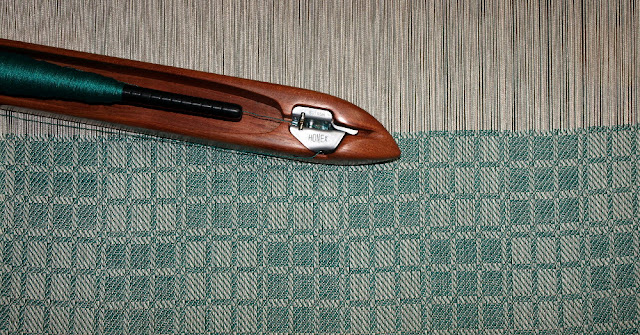 In other news, I am happy to announce that someone wants to buy my competition wrap!!  Good news indeed!  I discounted it quite a bit to make up for the repaired mistreadlings, but I'm just so glad that it will be loved.  It should be on its way back to me after being tested locally by a fellow weaver, after which it will soon be winging its way to a happy mama!

I'm also looking into weaving a baby blanket.  I have Tom Knisely's book on the subject, and just started to thumb through it for ideas.  I love the fact that he recommends carpet warp as a yarn to use - it's hard to imagine that it results in a nice soft blanket, so I'm intrigued.

And, of course, the other option for a next project is to finally take the parts that I purchased after Christmas to upgrade my Glimakra loom to 8S/10T out of the box!  I think I'm a little afraid to start the project.  Maybe I'll end up messing up the heddles by accident when I take all of the shafts off in order to rearrange the shaft bars. Apparently all of the new ones have to either be the top or bottom shafts, so the entirety of the shafts have to be removed.  And what if I don't have enough texsolv to hang the new shafts and/or tie up the treadles?  It's pricey stuff, so I don't want to buy it if I don't have to, but I also don't want to be in the stuck with a half taken apart loom while I wait for an order to ship.  But it is mid April, after all, so the box has been standing in the living room since January.  Do you see how ridiculous it is inside my head???

In non-weaving news, hubby decided that we needed a new fridge, which I secretly think was in response to a bit of guilt over the new tractor.  To be sure, we had had our old one for 23 years, and though it was still working well, it seemed to be running more often lately, and occasionally made some odd noises. 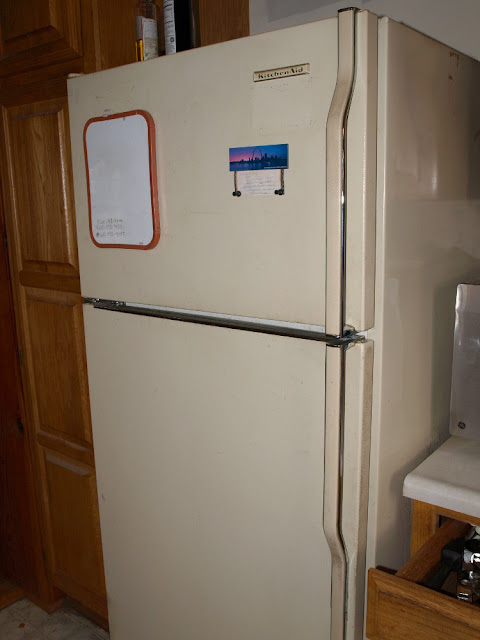 After much research, we (I) decided on a freezer on the bottom, two "French" door model from LG. 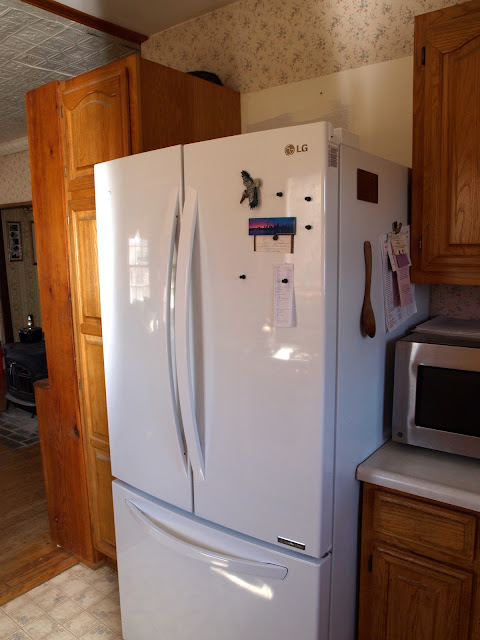 It does take a bit to get used to, and we're still playing with food placement, but I am looking forward to our next electric bill!  This fridge is larger in all dimensions than our old one, and the cabinets that used to be over the old fridge won't fit, so for now the space is bare.  Hopefully, that can be remedied soon.

And a last shot that really proves that Mother Nature has such a silly sense of humor.  All winter we have been blessed with little snow and milder than normal temperatures, all of which were much appreciated after the very harsh winters we've recently experienced.  So what does she do?  When it is officially spring, she sends snow. And cold.  Over and over.  No, the snow doesn't last very long with the sun closer to us, but still..  Here is a few of our crocuses, which somehow escaped our garden and came up on the lawn, only to be bent low with snow. 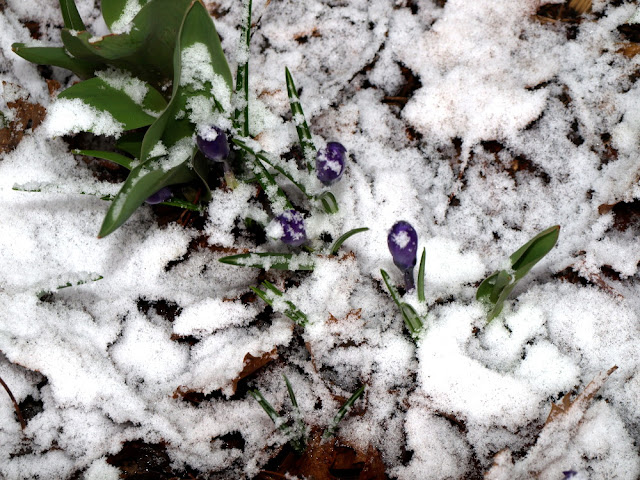