Here's the big reveal!  My entry in the Spring 2016 Competition of Weavers! 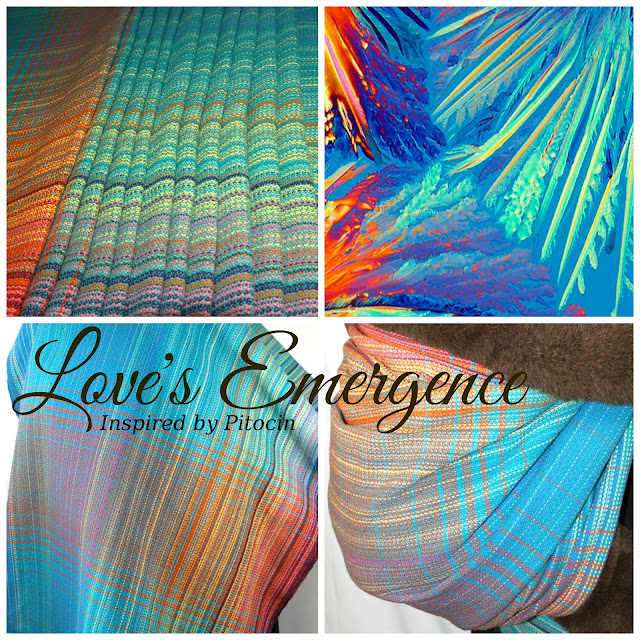 You can see the inspiration photo in the upper right.  It's a micrograph of Pitocin crystals.  Being an OB nurse, Pitocin, or our endogenous oxytocin, has all kinds of meaning for me. In the contest, besides a 4-photo collage, we were to write a 250 word or less blurb on why we picked this particular project.

Here's what I wrote:

"LOVE'S EMERGENCE, INSPIRED BY
A MICRGRAPH OF
PITOCIN
Pitocin. A word that can strike fear into laboring women. It represents pain that comes in
uncontrollable waves, strong and stronger, powerful enough to propel a baby through the birth canal,
stretching and sometimes tearing tissue. After the birth, it is often used to control post partum bleeding,
encouraging the uterus to continue contracting, closing off the many micro vessels that are left open
after the delivery of the placenta. And yet...
Pitocin. The love hormone. The snuggle hormone. It brings us closer to our baby, even through the
exhaustion of early parenting; the late nights, the need to fulfill the baby's needs over our own. It plays
an important role in breastfeeding, causing the let down reflex. Not only does it support and strengthen
the bond between mother and baby, but it also has a strong affect on the closeness we feel with our
partner. Per Wickipedia, “[Pitocin] evokes feelings of contentment, reductions in anxiety, and feelings
of calmness and security when in the company of the mate.”
Working in labor and delivery, I see the opposing effects pitocin can have every day. I chose to use this
micrograph, courtesy of Alfred Pasieka, because the colors clearly symbolize the two sides of the
hormone: the fire-y oranges and yellows represent the intensity of labor and birth, while the cooler
blues/greens are for the calm and closeness afterwards."

Maybe a bit too technical, not warm and fuzzy, but it's what came to mind.  Anyways, I didn't make it past the first round of voting, which I expected but still somehow feel badly about.  Today I'm in the consolation round, but expect to get booted from that as well.

I have to say that I love taking part in these contests, not necessarily because of the great exposure, but the camaraderie that takes place between the competitors is amazing.  Everyone is so supportive and helpful.  I didn't see or experience any one-upmanship, only praise and encouragement.  Truly a great group of weavers.

Here are a couple of other photos to give you an idea of the plan I followed.

I decided to use a Fibonacci sequence to place color gradients on the tails and as middle marker.  Yes, there was math involved, but I was very happy to see that the middle marker is indeed in the middle! 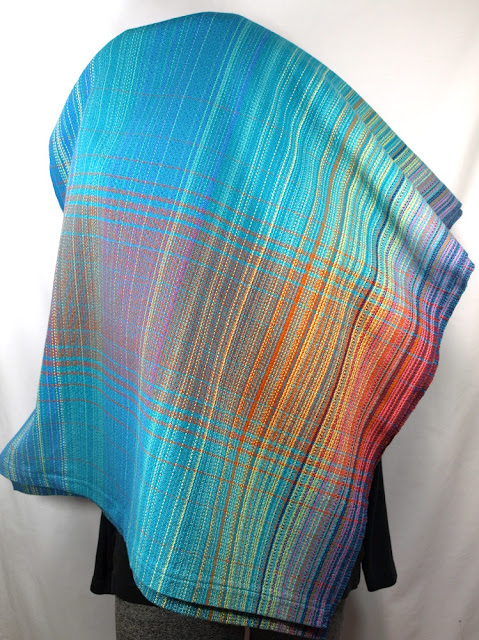 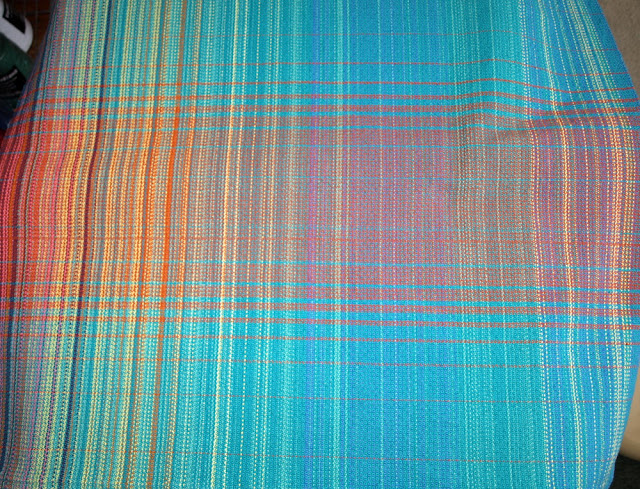 What do you do when you don't have a baby to wrap for photos??? 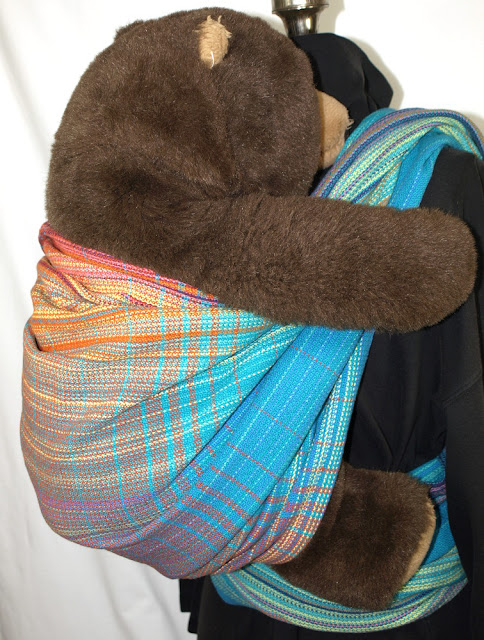 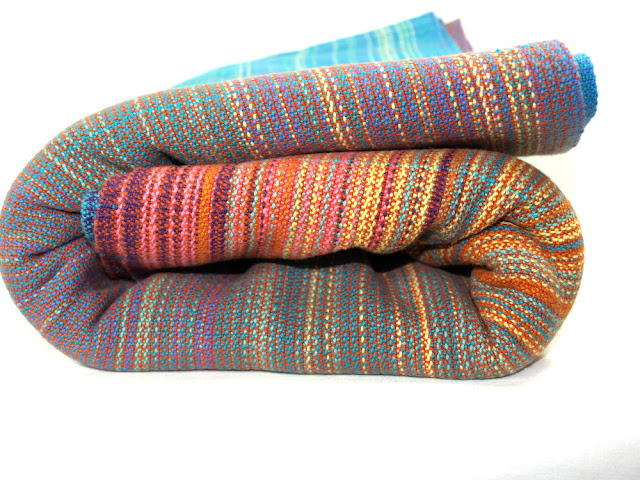 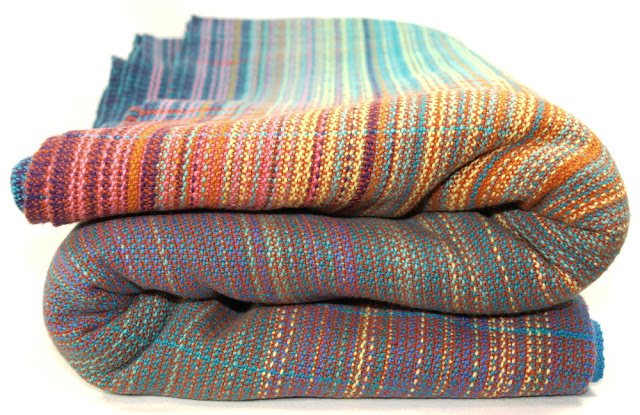 On the smaller loom now is another set of turned twill towels.  A shop asked for some, so I'm weaving 12, 6 for her and 6 for my shop.  After that, I need to weave some chenille shawls and some more towels using drafts I haven't tried before.  But hopefully, the next thing I will do is put the extra shafts and treadles on the big loom so that I can use it to weave 8 shaft drafts!  I'm a bit nervous about trying to get it up and going, but hope I will figure it out.