I was really excited to finish off the red table runner I showed last time, so I could finally devote some time to trying to weave my first rep rug.  We need something for the kitchen floor in front of the sink, because the vinyl has worn through, so I thought a small rep rug would be just the thing.  I used the drafts from Rosalie Neilson's Handwoven's Master Weaver Collection, "One Warp, Four Rugs, Eight Looks."  Since this was my first try, and I didn't want to lay out a lot for materials, I thought I would just warp for one rug, so I carefully divided the measurements by four,  including the loom waste.  Yep!  So now I have a very very short warp!  Such a dope!

I also decided not to purchase the Borg's Maxi String yarn for the thick weft; instead, I would eight strands of the thin weft, 3/2 merc cotton.  I've seen that a lot in reading on rep rugs, that the thick weft be 8 of the thin, but when I again did the math, taking the Maxi ypp (124), and the 3/2 ypp (1260), I thought that approximately ten strands of 3/2 would equal the maxi.  Luckily, I went with 8 strands, and even at that, I am nowhere near making ppi. I have my big Standard, and am beating several times with all my might, so I don't think it's because of my beat, but I've been wrong on so many counts with this project, that anything is possible!  And clearly, I should stay away from math.

Here's a photo of the beginning of my rug; 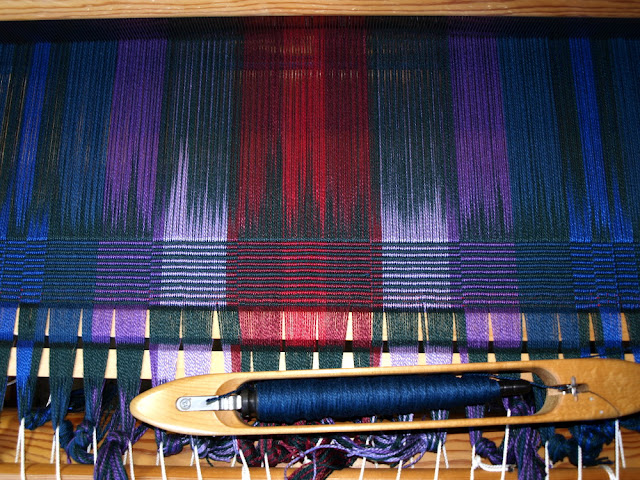 It has sat there, looking like this, for a couple of weeks, because I got a commission to weave two more of the Summer and Winter Christmas tree runners from a colleague at work.  As usual, I worry about meeting deadlines, so I've done little else with my free time.  The good news is, I just took them off the loom today!  I warped for three of them, added a "design element" to one, but still managed to get them done quickly.  I still need to do the finish work, but that shouldn't take long.  I got to the point where I didn't need to look at the treadling, but said what each shuttle was doing for each pick, to be sure to not make a mistake.  So, no music, just my voice monotonously saying the same things over and over.  It worked well, but I am very happy to be done weaving these, at least for now. 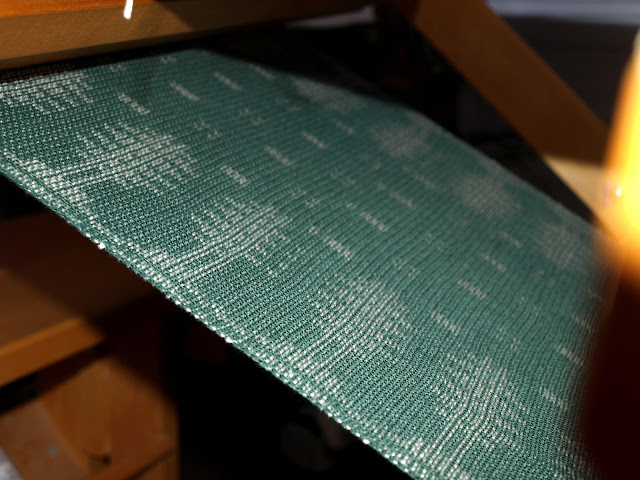 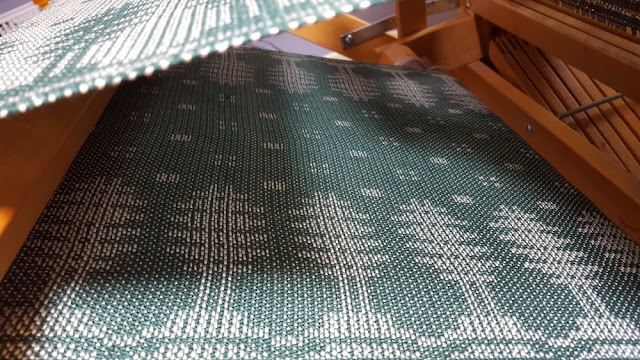 While weaving the rug, I also plan on designing my next run of baby wraps.  I think I'll be using this photo for my inspiration, 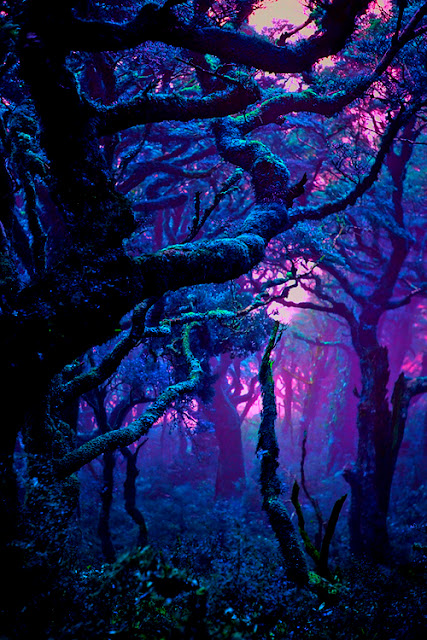 although the shot I took of our calendar is very tempting as well.  Not a great photo, but it's Thunder Hole at Acadia National Park. 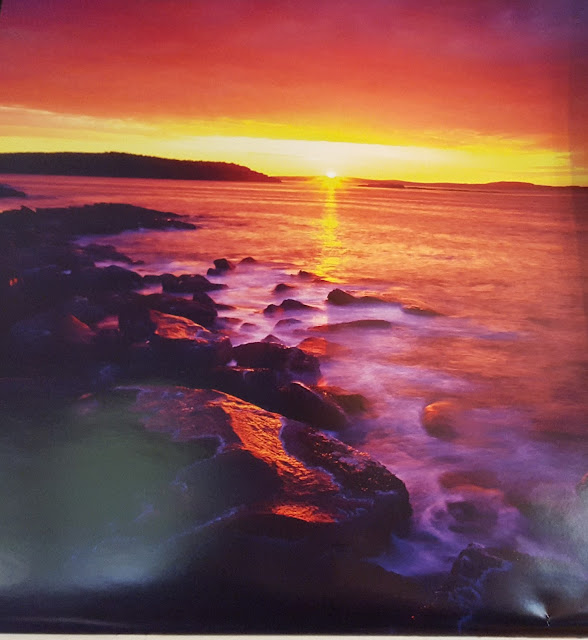 So many colors, so little time!