I've finished weaving my first rep weave project, the placemats from Handwoven Jan/Feb 2008!  I learned a lot, and I think each placemat was slightly better than the previous one.  The first couple definitely leave a lot to be desired, in that I didn't know enough to really pull on the thick weft with every pick.  Because of that, there are some bits showing just inward of the selvedges.  Probably not a big deal to most, but now that I know better, it bothers me.

I ended up with 7 mats, so I'm keeping one and setting aside the others for gifts, I think.  The one I'm keeping is going on top of our little hutch, which had an old rag placemat underneath our sugar and creamer set.  The rep weave mat doesn't fit the space as well as the other, and you can make that out clearly by the difference in the color of the wood - hey, that hutch is old!. 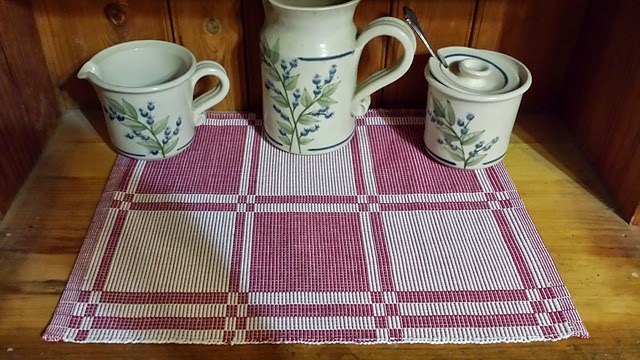 Here are the rest of them. Not a great shot, just a quick pic on top of the ironing board. 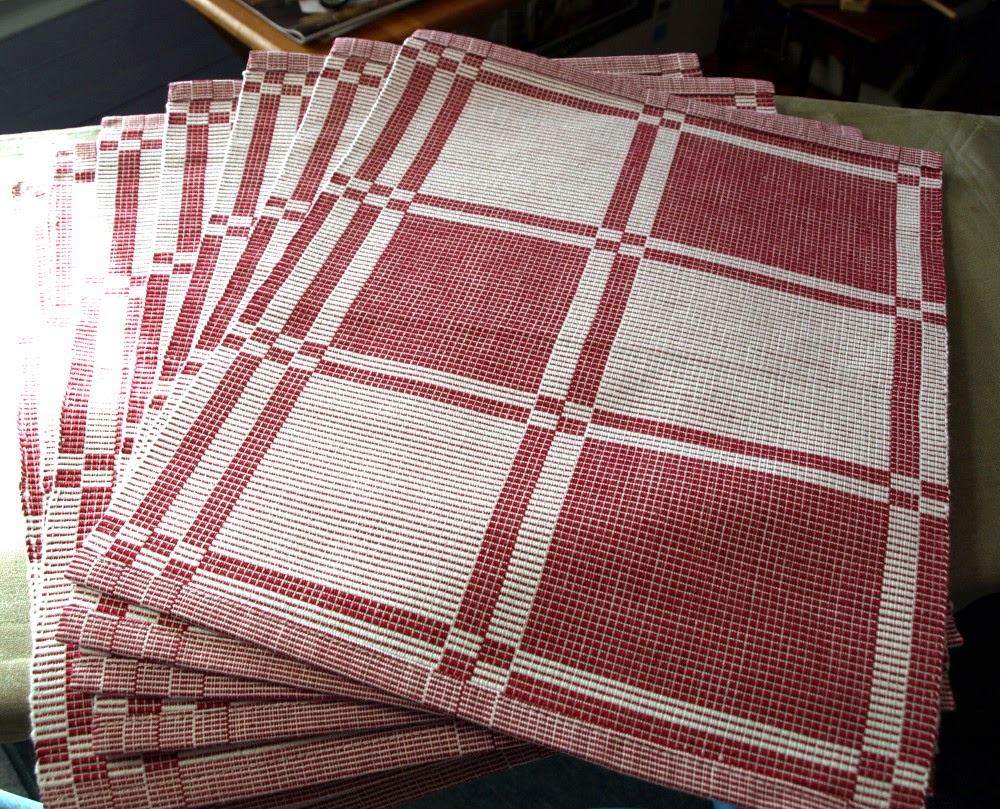 One thing I learned from experience - do not throw these in the dryer!  They come out dry, yes, but severely folded into pleats.  The folds came out fine with the iron, but I think you could save yourself some work by laying them flat to dry.

I'm still trying to figure out a rep weave draft for either a small rug or some bureau toppers.  My original intent was to weave a rug for in front of the stove/sink, but knowing how dirt gets dragged in on hub's boots and shoes, maybe I shouldn't do that.  I could make one for next to my side of the bed, which would get a lot less use, but also be seen less.  I need to learn how to design rep for 4 shafts, and don't know the best way to go about it.  There are no classes locally, so should I buy a video?  On block designs, or rep weave in particular?  Or a book?  Maybe just get a draft that someone else has and use that, since it would be for private use.  Any suggestions out there, oh, weavers?  I do have weaving software but have barely scratched the surface on how to use it, so if anyone has any suggestions for that too, I'd appreciate it!

I'm now winding some warp for another set of random striped towels, similar to these; 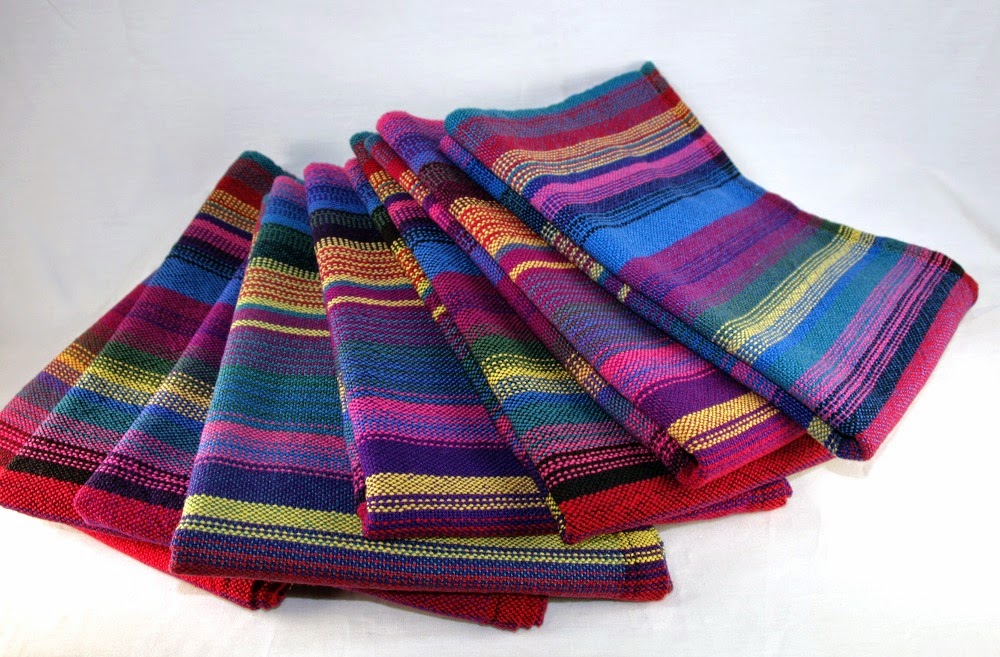 They will be woven on my Baby Wolf, even though I could do it on the Glimakra, being that they are plain weave.  I am in the first stages of my next baby wrap, and since that has to go on the bigger loom, I thought I'd start this quick, colorful project on the smaller one so I don't have to rush it.  With the weather that we've been having, I've really craved color, so these towels should do the trick!

Speaking of weather, the continuous march of snowstorms continues here, followed by arctic cold. This month there has only been one day above average in the temperature department, and that was 34 degrees.  People were dancing in the streets because that felt so great!  Last week, I noticed the temp reading in my car was 1 degree above zero, but when I got home, our indoor/outdoor thermometer said it was 20!  I knew that wasn't right, and the next day we figured out why - the snow had covered the sensor, which was more than 6 feet up from the ground, and under the eaves.  My hubby climbed the big mound, cleared it off, and it immediately plunged.  It happened again with yesterday's storm, as you can see; 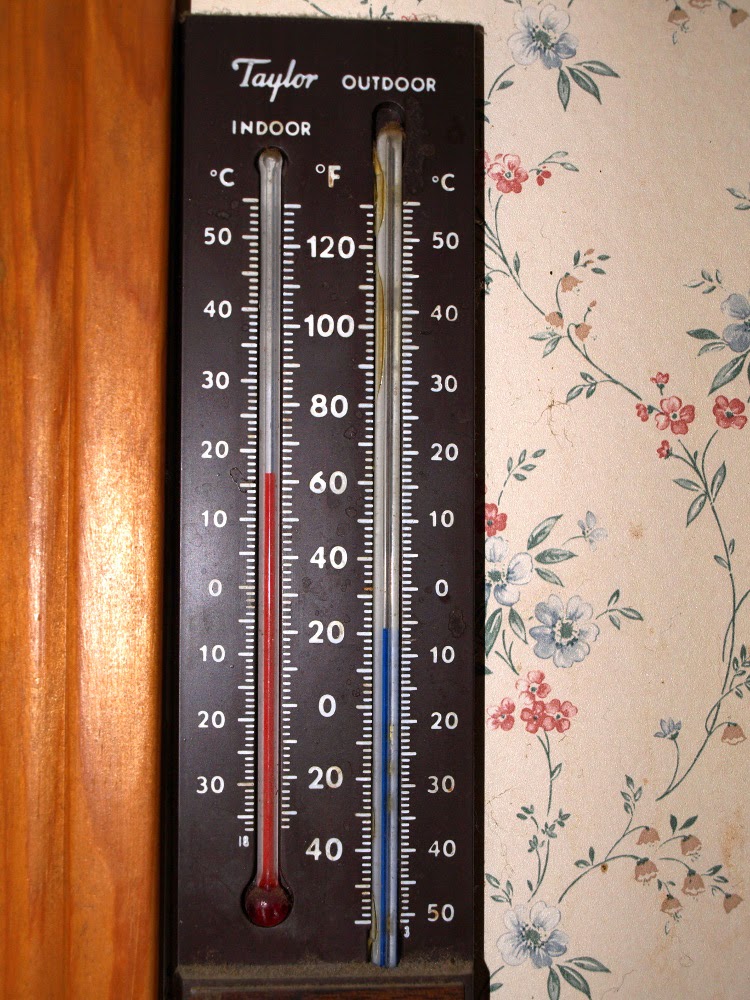 Trust me, it is not 21 degrees outside!  You can just make out some of the snow with this through-the-screen shot.  Remember, this is a window that is over our kitchen counters, so quite high off the ground. 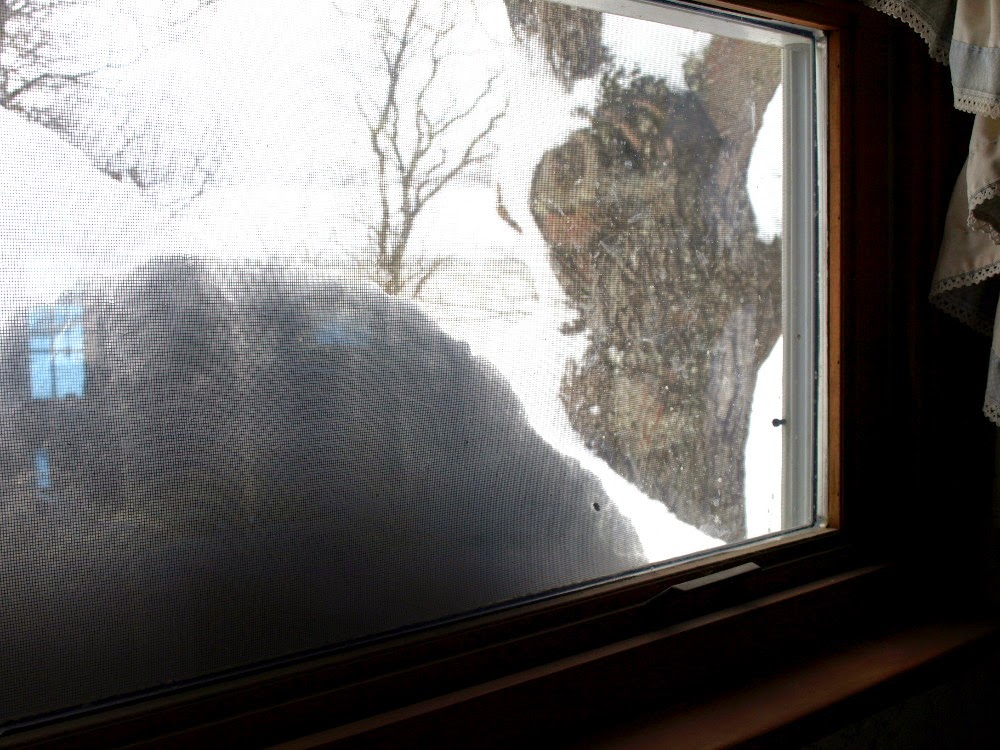 Here's a couple of views from just outside.  You can also see that our house needs painting, but that's what a brutal winter will do! 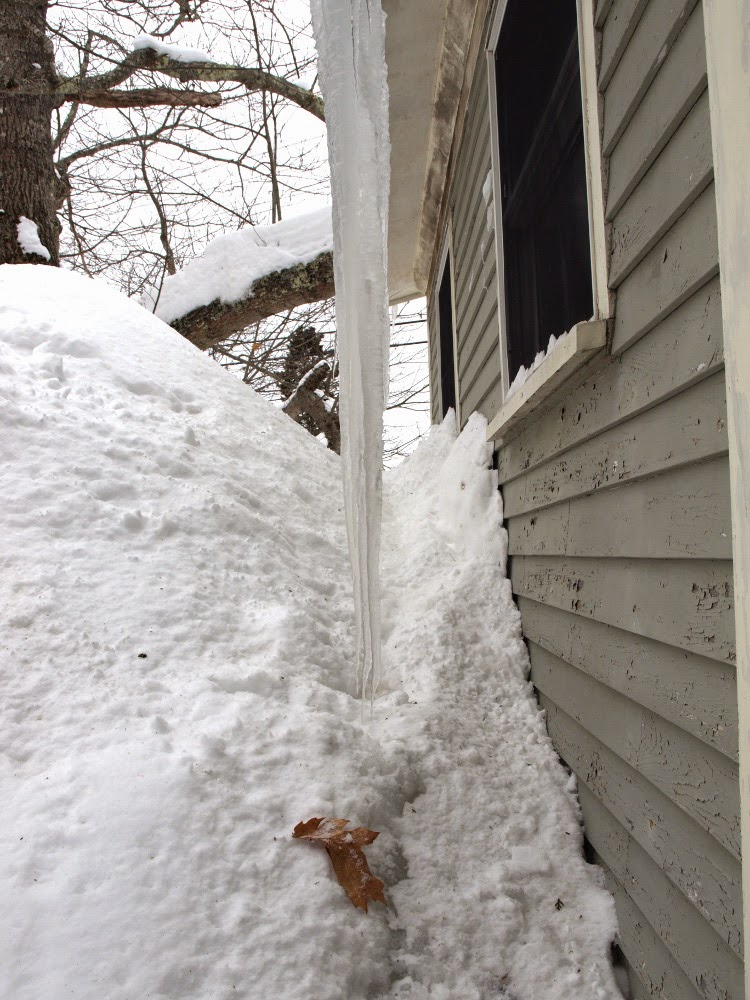 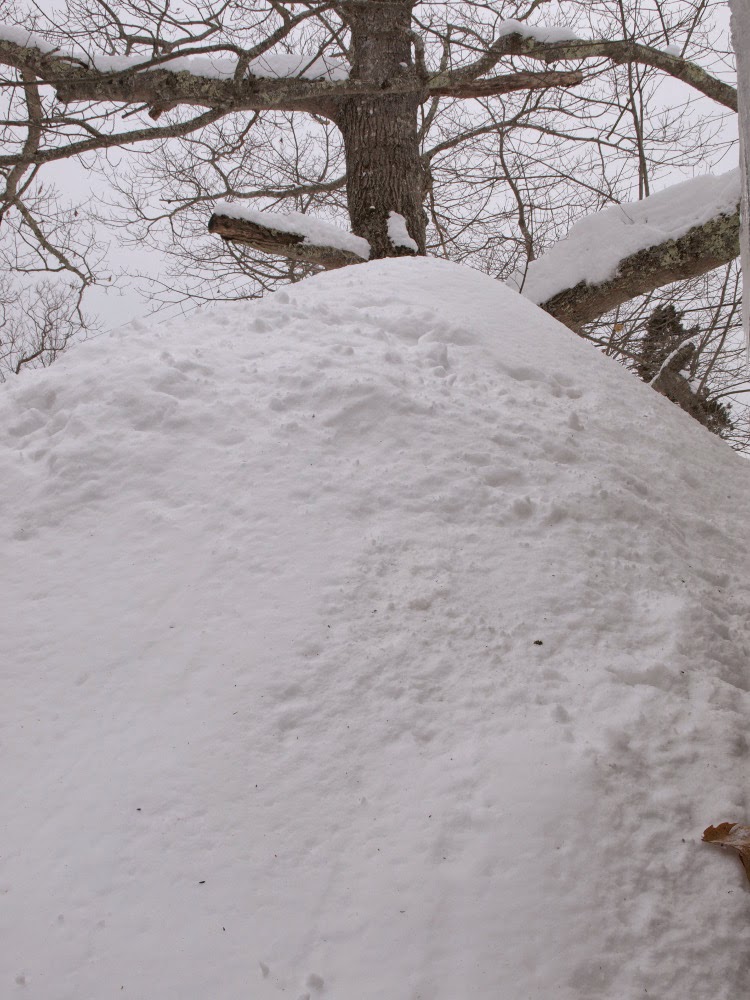 I will say that as bad as we have had it up here in the northeast - you know it's bad when there is a 75 car pile up on the interstate near Bangor, where everyone knows how to drive in snow by now - I really feel for the folks in the South, who are not equipped at all to deal with the temperatures and snow that they've been having.  Maybe Mother Nature has been trying to tell us something, and no one's paid attention, so she is hitting us all over the head with extremes.  I sure hope this isn't a trend!  So here's hoping that spring will start inching towards us.  As it is, my crocuses aren't going to be able to find their way up through that snowpile until July!