I've been remiss in my blogging, but I do have a valid reason for it.  I've just returned from a week at adult band camp!  Ok, ok, you can stop laughing now.  What started as a great Christmas present idea for the husband, turned into a "vacation" for both of us.  We haven't had a vacation away from our house in many, many years, so this was a big step.  The camp was on a lake in central Maine, and it was truly beautiful there.  This was the view from the porch of the lodge where we "slept". 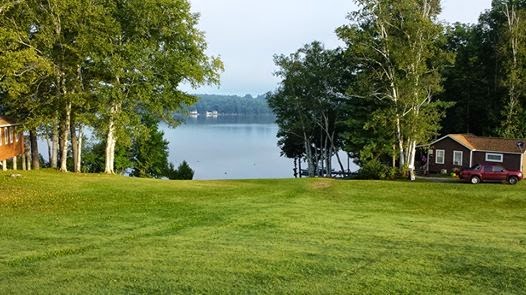 I use the work "slept", but really, it was more of a tossing and turning rest period most nights.  The weather was extremely hot for Maine at this time of year, and humid, so everyone was roasting (no A/C).  Our room was also right above the kitchen, so there was all sorts of clanging and banging going on early in the AM.  I had my alarm set for 6:20 AM, and did not need it once.  The mattress was extremely soft, so any movement by either of us and it felt like an aftershock had occurred.  AND, there was a train.  Or three.  Several nights were filled with the melodious sounds of train whistles.  I think this is where my 19 years of being a night nurse came in handy, since I'm used to being sleep deprived.

There was no lack of things to do.  Different buildings, large and small, were strewn around the property.  Some were tiny cabins that could be used to practice, and some held seminars and/or rehearsals.  Several times a day everyone was seen walking back and forth from one thing to the next, lugging their instruments.  The final concert was held in the "Bowl," the second largest outdoor amphitheater in the US.  This is a photo of it, but not taken when we were there. 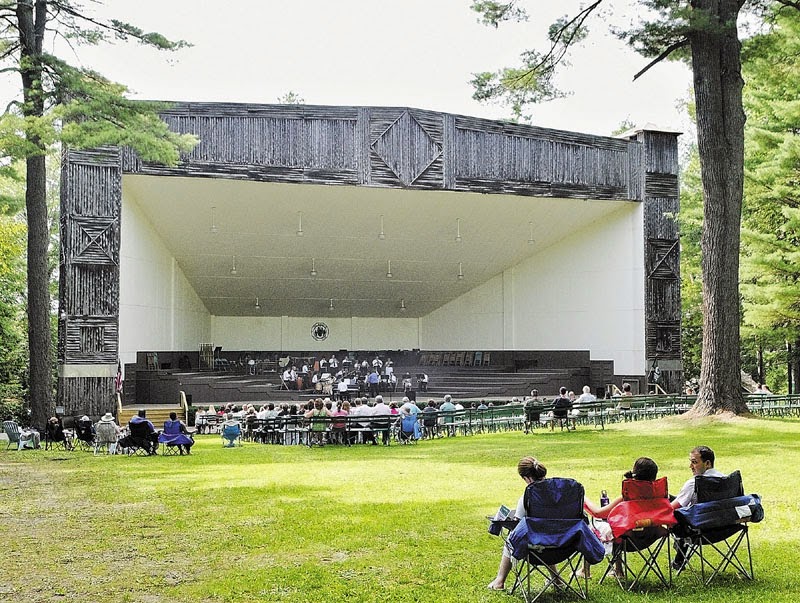 There were 120 of us campers, plus faculty, and during the one piece that we all played together, we filled this space.  It really was impressive.  We campers were split into two groups, one for concert band, and the second for symphonic band.  There also were opportunities to play in ensembles large and small, and many did, performing them the night before at a talent show.  I learned a lot, both good and bad, about my abilities and music in general.  There were other challenges as well, especially around food.  I have to eat gluten and dairy free, plus I choose to eat no meat, so you can imagine how little I could eat of the food prepared for us.  It can make for a very strong feeling of isolation, as you watch all manner of food being enjoyed by everyone but you.  But that's a topic for another day.

I finally got back to the loom today, just for an hour, and I had to familiarize myself again with the draft for the placemats.  Unfortunately, some unweaving had to be done, but I think I'm back to where I was before we left.  I return to work in four days, so I'm hoping to have the lion's share of the weaving done before then.