I finally finished the baby wrap, and am going to be sending it out to testers this week!  Of course, there are definitely things I will do differently in the future.  The selvedges are a bit wonky, since A) it was my first time using a temple and it took a bit of time to get the hang of it, and B) I blindly decided to follow some advice I saw on a baby wearing group that indicated basketweave selvedges were preferred. Unfortunately, I was weaving tabby, so now the selvedges are a tad wavy.  Live and learn, right?

Using a mini end feed shuttle worked great, except I had to change pirns every 6-8 inches, so there were lots of overlaps to trim.  One of these days I'll invest in a full sized one.  I do like how the color progressions came out, though. 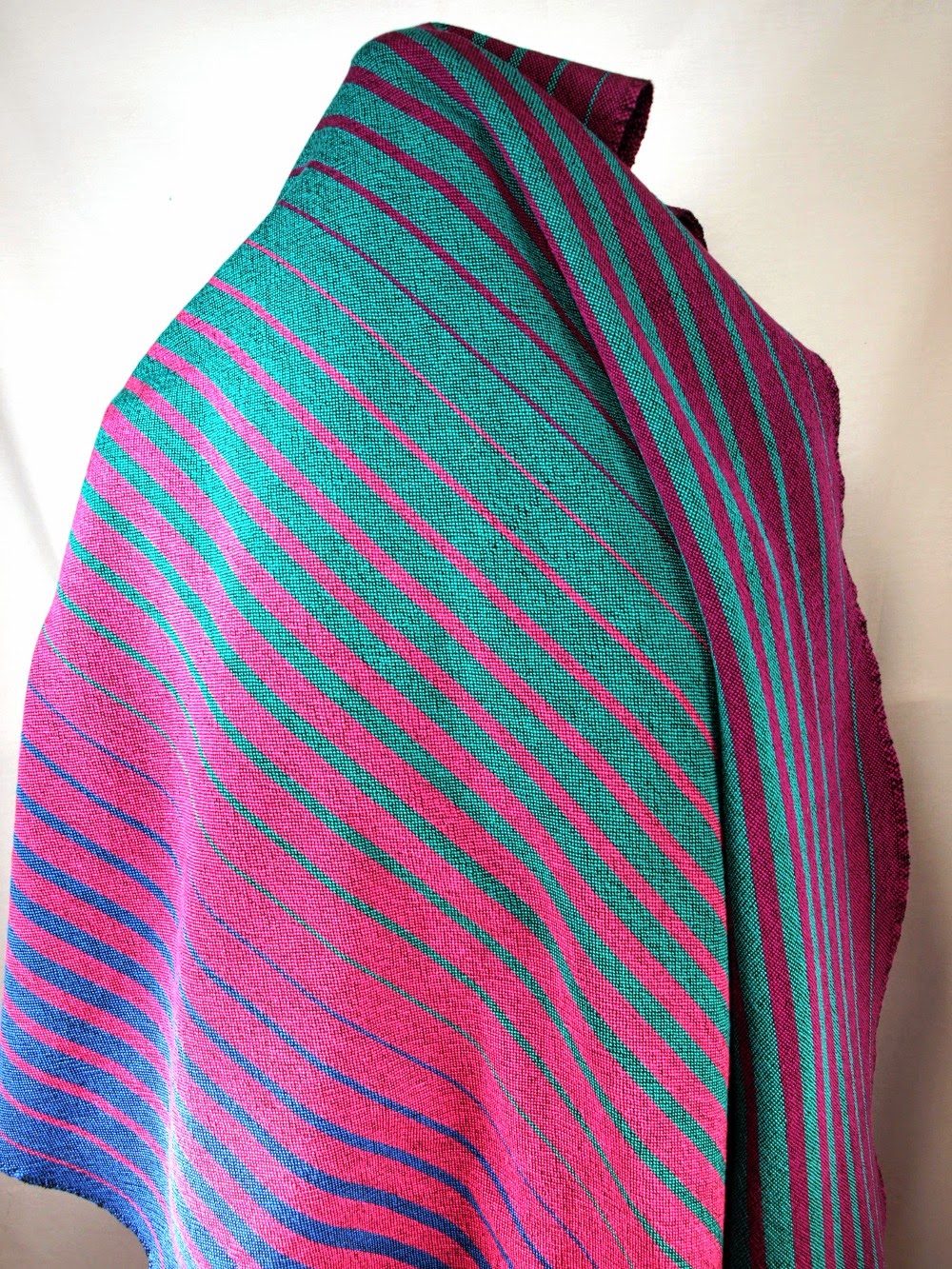 It's hard to see all of the colors because it's so wide, but at least you can glimpse them in that photo.  I also tried to take a photo of it laid out length-wise 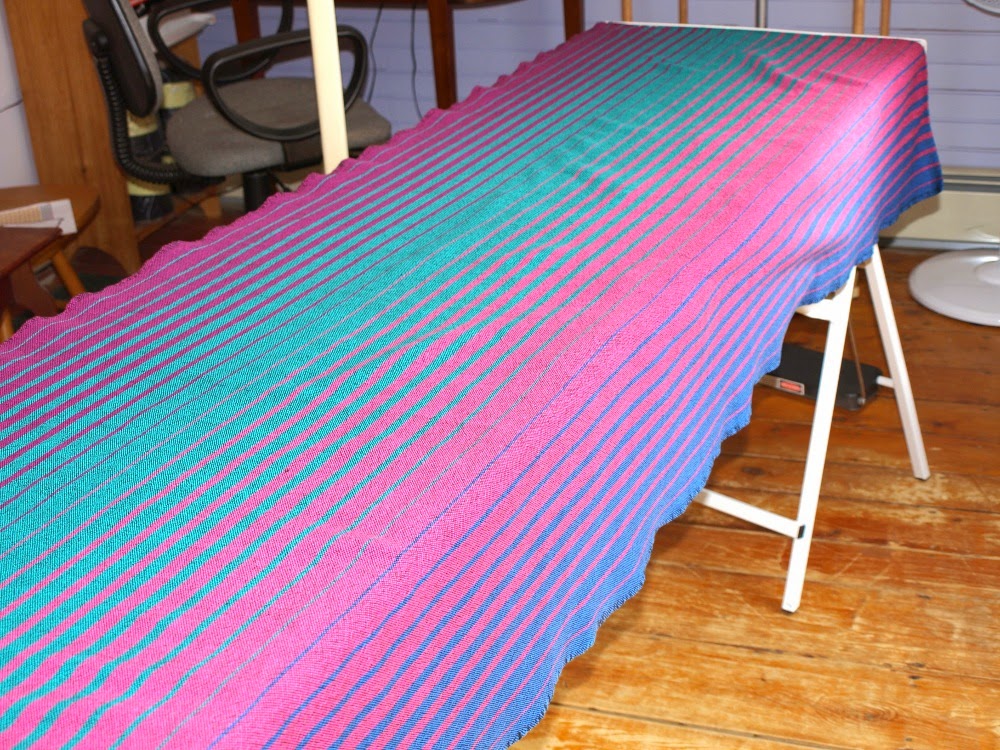 but ran out of space on the longest rack I have!  Ironing it was also interesting, because I didn't want it dragging on the floor, so I had to wear it around my neck several times and lay it on the rack after ironing.

Another area that will be different in the future is the middle marker.  I thought I would weave a small area with different yarn and in a different color, so I chose 8/2 cotton (the body of the work is 10/2 mercerized cotton).  I also decided to try clasp weave for the first time - at least I think that's what it's called.  Two shuttles, coming from opposite selvedges, passing around each other before heading back from whence they came.  Unfortunately, that also presented a problem.  First, it's really difficult to choose the exact middle of a long cloth while still on the loom, even if measuring is done after letting up on the tension.  It's close, but the middle marker is, well, just off the middle.  And where the two wefts intertwined has left small bumps. Definitely sub-optimum, but here it is. 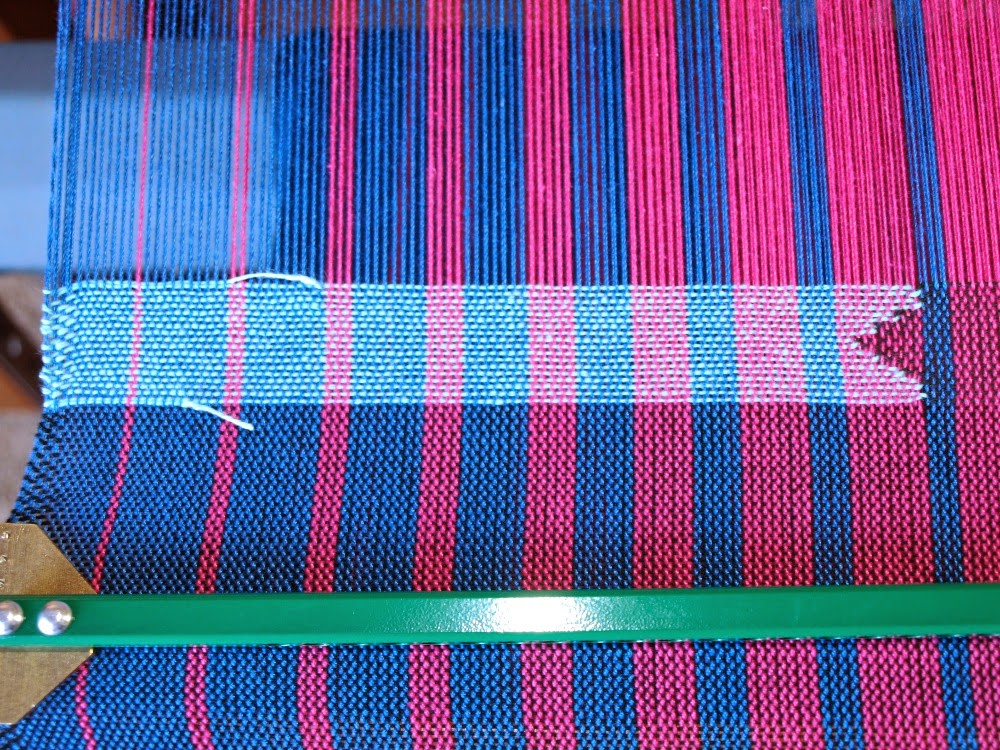 You can see how stretched out the temple made the cloth.  Someone pointed out that that is a temple meant for rugs, so I have purchased a kinder, gentler one for future use. 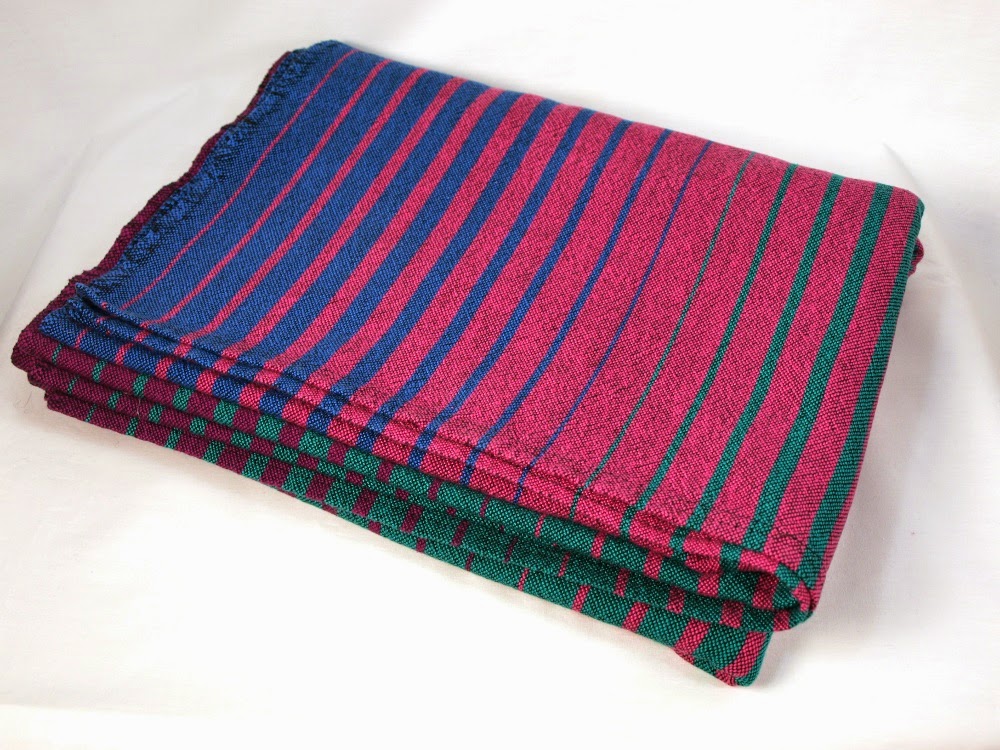 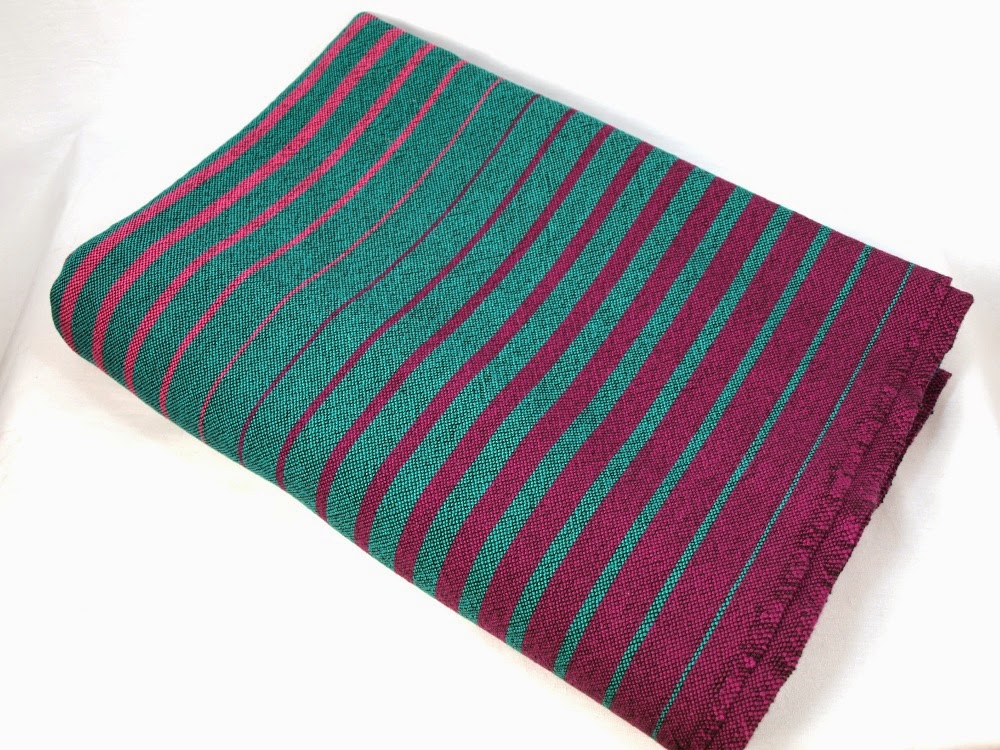 And the great label that my son designed, sewn securely into the hem! 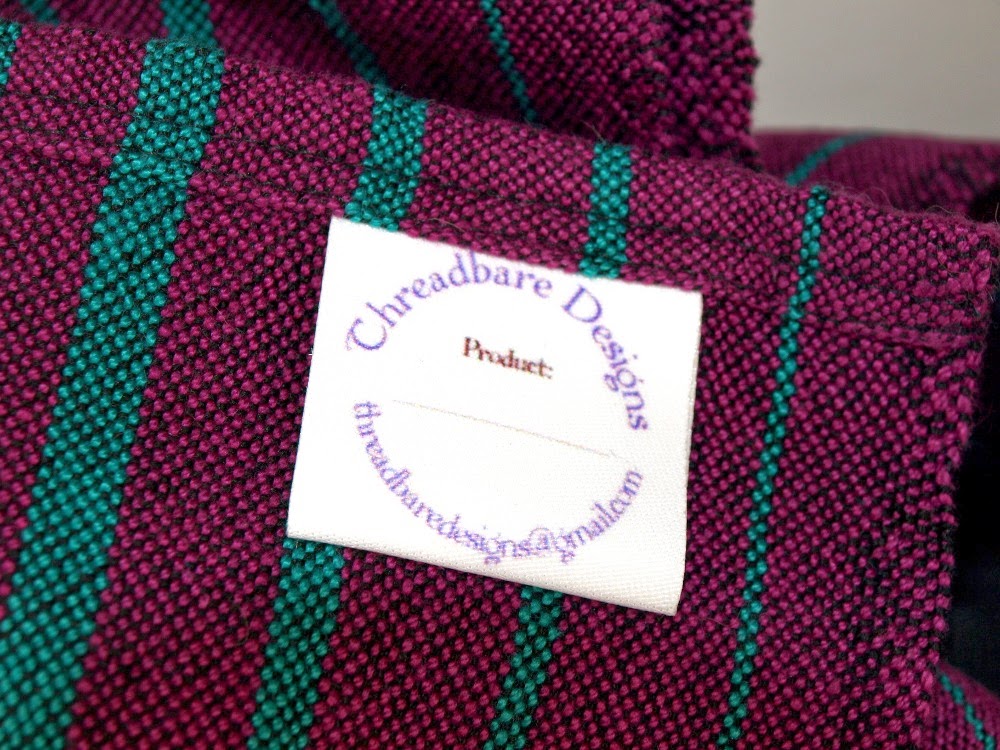 All in all, a great learning experience.  You can see that I'm pretty critical, but it will be good to hear the opinions of others who have experience using wraps.  I already have my next one planned, though it may have to wait a bit for the yarn to come. Meanwhile, I have started another warp for more tencel scarves on the eight shaft loom.  Just not enough time in the day!