Since I still can't show the big Christmas surprise yet, I thought I'd show a couple of the latest yarns that I've spun.  I rarely get a chance to spend time spinning, so to have two completed fairly recently is unusual.  Slowing, bit by bit, I think I'm improving my consistency and my ability to spin specific kinds of yarn.  Lots more to learn, though.

The first skein I'll show you is 4 ounces of merino/silk that I got as a gift LAST Christmas.  I just finished spinning it on my wheel, using both double drive (which has been my default method), and Scotch tension, which is totally new to me. 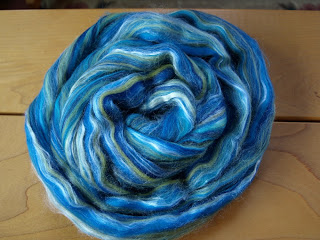 This was the fiber, which was indescribably soft. The two spun bobbins: 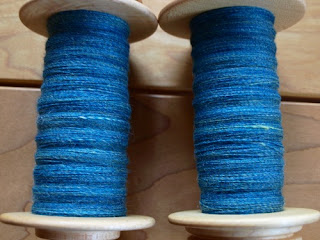 led to the the plied up bobbin ( a new-to-me bulky, or extra large bobbin): 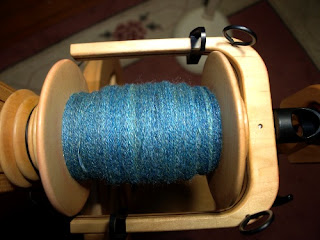 After skeining, washing, whacking and hanging to dry, this is what I ended up with this morning: 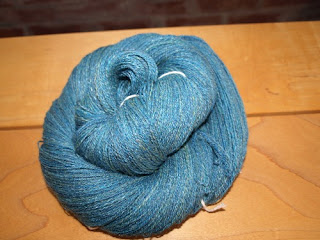 The other yarn I managed to get spun shortly after receiving it was a Romney fiber that had been dyed in browns and deep purples.  I was told that Romney shouldn't be spun tightly, because it can be pretty itchy.  I somehow managed to spin it into worsted weight yarn, another first!  This 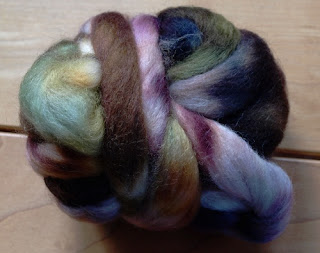 became this, spun on my spindle: 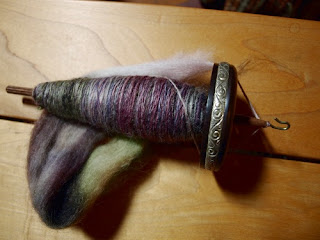 which became this plied up: 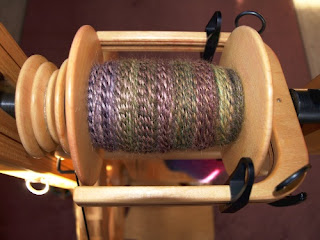 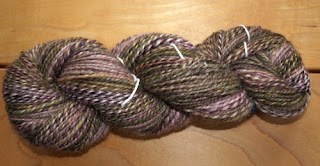 I think I have about 167 yds of that, and am looking at mittens/mitts/hat patterns.

Next blog will be the big reveal!