As I write this, it is shortly after noon on January 20th, and we have a new President and Vice-President.  While I am well-aware that we still have the same problems and massive issues to deal with, I cannot help but feel a huge sense of relief that truth and science will now prevail.  The tone at the top is so very different and hopeful.  I am so very relieved that nothing untoward happened to disrupt the ceremony.  The speeches were full of words of unity and the path forward towards a better union.  How it will play out in reality we will have to wait and see, but I feel a ginormous sense of ease and relief.  As oaths of office were taken, I rapidly switched from whooping to tears.  Hope can now again exist for this country.

I have taken this opportunity of watching the festivities to finally start plying the yarn I started to spin last October!  The singles bobbins have been patiently waiting for me to spin them together, but I have been hesitant, partly because of the dearth of creative juices, but also because of a bit of hesitancy to trying my new e-spinner that I purchased several months ago.  Of course, I shouldn't have worried.  Plying is so easy that I can use it at full speed, which is pretty zippy! Actually spinning fiber will take more practice, I think.

Here are photos of the original fiber from Allons-Y Fiberarts called "Avignon," as well as the plied bobbin in the middle of plying. 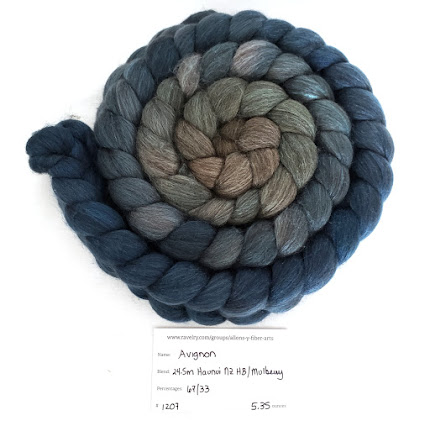 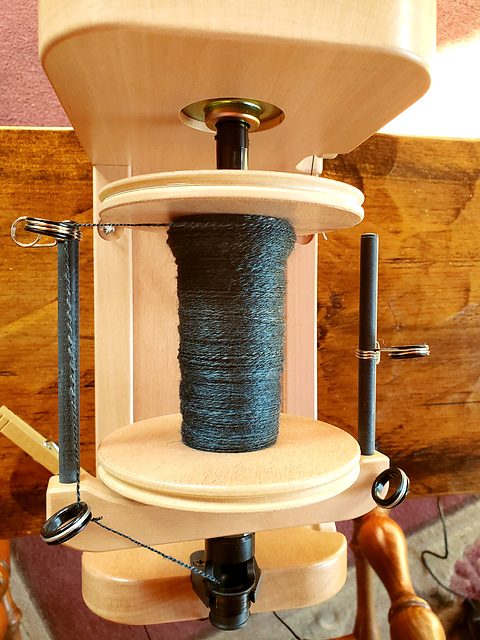