I know, I've been missing for quite awhile now.  I would love to tell you that it's because I have been totally absorbed with weaving, finishing countless projects, but that would be untrue.  All I've managed is to finish another set of infinity scarves and finally putting a warp on the loom for some special towels.  Not much, right?

I had a request for a scarf done in purple for a gift for someone, so I decided this was the perfect time to try a snake skin pattern that I had kicking around for a long time.  Several people on Ravelry had woven versions of it, and their projects were amazing, so I was definitely inspired!  I decided to use two shades of purple, eggplant and red/purple.  Tencel was agreed upon for the fiber, and the project ended up being fairly quick to complete. 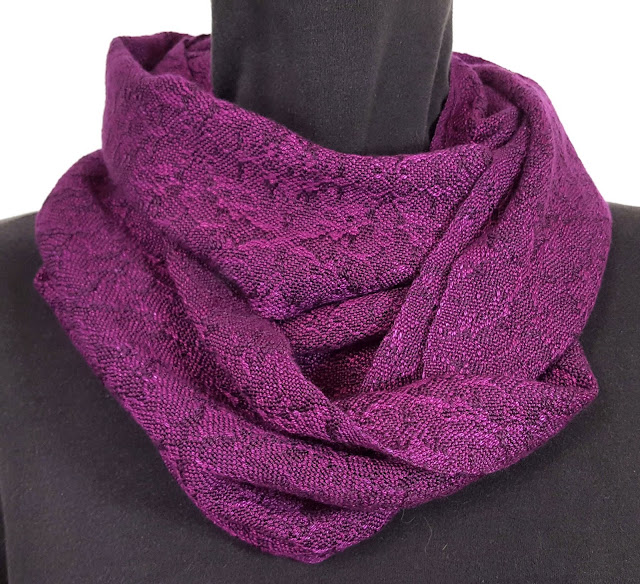 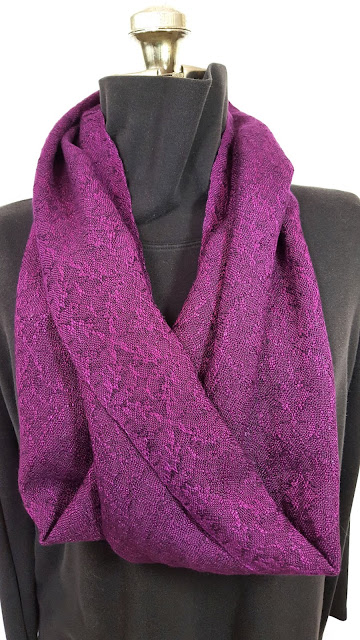 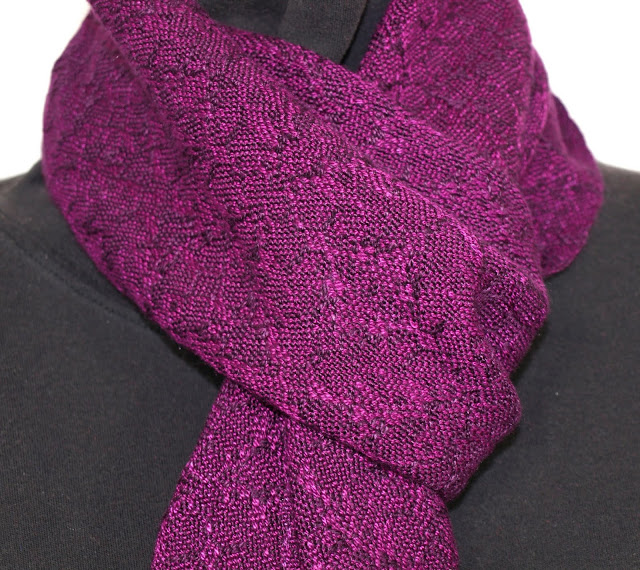 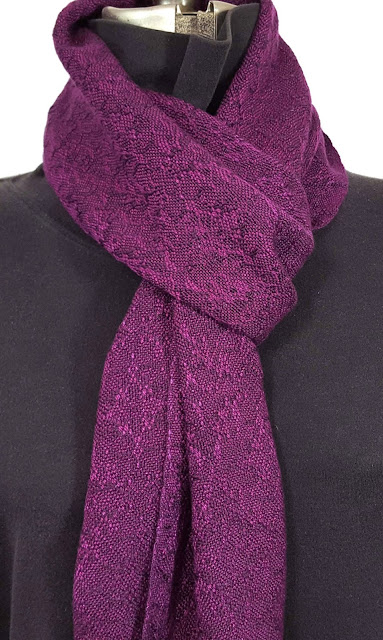 Although the colors are truer in the above images, this one taken when it was still on the loom shows the pattern the best; 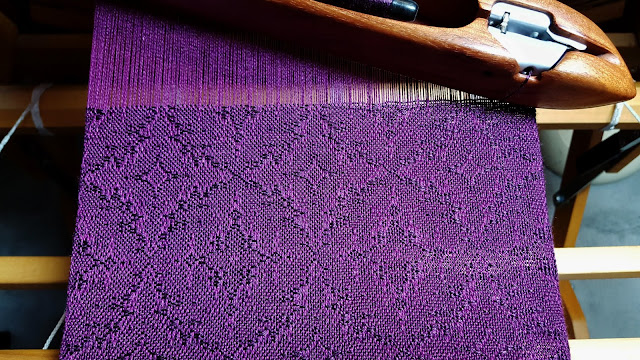 One scarf was safely delivered to the gift-giver, the other is available in my shop.

I also have a special, time-sensitive project almost ready to be threaded.  Randomly warped, which is a HUGE challenge for me, shades of gray with black, white, and natural added (favorites of the recipient), they will be some Bumberet towels, some of which will be a gift for a friend's wedding, and a few for sale in the shop.  Not much to look at yet, but I'm just glad I don't have to wind anymore warp - lots and lots of cutting and tying. 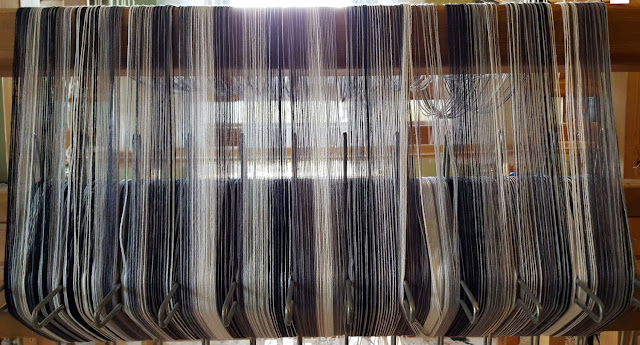 Other than that, I'm not sure where the time has gone.  There has been babysitting once a week with a very sweet but getting very headstrong baby, trying to deal with the endless bouts of rain and cold, as well as a broken 3-yr old refrigerator.  A first-world problem, I know, but it's amazing how much it can disrupt your life.  It happened at the first of the month, with the freezer gradually getting warmer.  The tech said it must be a leak in the closed-loop freon system, and that the guy who could fix it would be out for awhile.  I'll say - I just got the call today that he will be out next Tuesday, maybe to diagnose it for sure (it was a process of elimination before), maybe to fix it.  Eventually, the whole thing died, fridge and freezer.  We got a very small loner, which is in the garage, and just the other day, we received these in answer to a query on our small town's FB page; 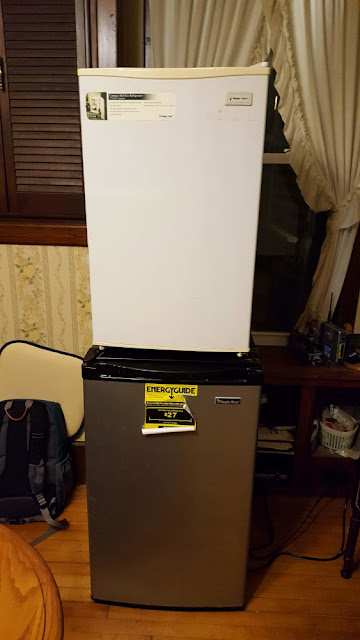 Two dorm-sized fridges, now in my dining room.  A neighbor bought them when her fridge went out a few years ago.  They are small, but make such a difference, having some food in the house instead of having to cross the yard to the garage can really streamline cooking.  I couldn't even go shopping because the other one was full.  I do LOVE living in a small town!  Anyhow, in the scheme of things, not a huge deal.  Maybe all this rain is affecting my mood...

Also, not to my credit, Maine Health, the big corporation that I work for, came around last month to get photos for National Nurses' Day, and they ended up choosing one taken on my unit!  I'm second from the left, and have to say, I actually like how it came out.  It's nice that they did that, and put something in newspapers around the state, as well as our computers at work.  The fact that our hospital, which is part of the Maine Health system, has chosen to designate National Nurses Week as National Healthcare Workers' Week - well, don't get me started! 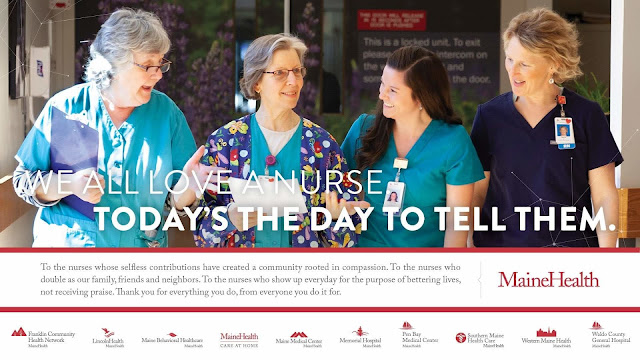