I hope everyone is recovered from the sometimes hectic, hopefully joyful holiday season!  I know it took me away from a lot of my usual hobbies and habits, and I'm still trying to get back in the swing of things.

The first week of January is usually a vacation week for me, not because I go somewhere warm or exotic to relax, but because I use the time to reconcile the business books for both my little venture and my hubby's boatbuilding business.  Yeah, I know how to have a good time!!

This year, things went better than usual, and all got sorted by the 5th, which leaves me with a bit of time to get back to the looms before the hospital calls my name.  First up will be a run of more towels, and I will be sure to include some purple for a couple of folks (see Nancy?  I remembered!).  I also hope to put on a sampler for doubleweave, because I would love to weave a wool blanket for my son and also see if I like that sort of weaving.  I tried that sample once and failed miserably, but am certain I can do it right this time.

I did manage to weave a couple of cowls for a customer who requested a custom order and get them out the door just after the new year, which saved her shipping costs.  If they were completed in late January, they would have been shipped to Canada - earlier and her friend can bring them with her when she visits. 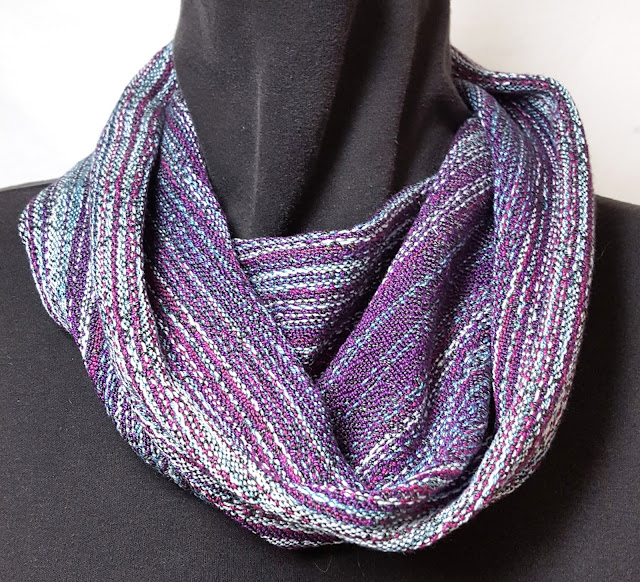 I also had to knit a redo on the Christmas hat that I had knit for my grandson.  The first version was not stretchy enough, but the second version, while stretchy, was just too small.  He really does have a rather large head!  So, instead of knitting the third version of the same hat, I found another pattern on Ravelry called Quynn that looked like it would fit the bill.  It is shaped so that the ears are covered, and would be knit with worsted yarn, making it a quick project, I hoped!  I bought some hand dyed superwash merino, and started the hat on Friday evening.  When I finished the business books on Saturday, I rewarded myself with some knitting time, and had the hat done by early evening.  Gotta love it!

This is the yarn I chose;

and here is the hat right after I was done; 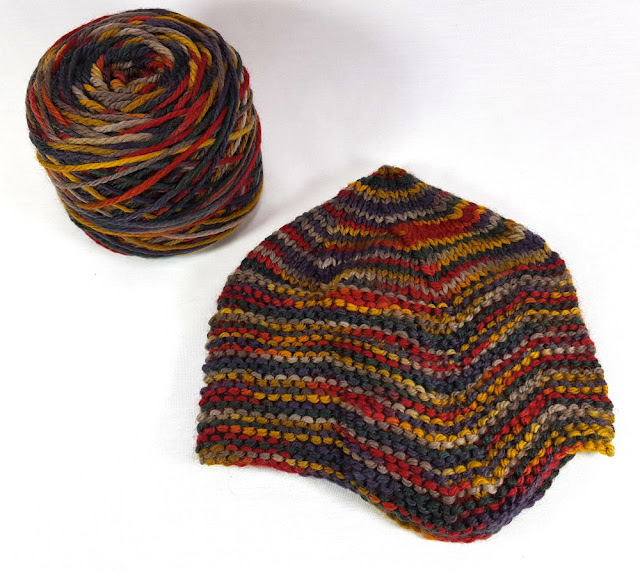 And here it is on the very busy boy!  Daddy put it on a bit low in front, but it's hard to catch him being still. 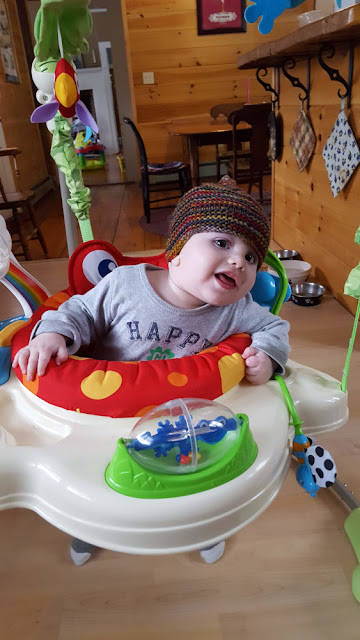 Next up:  get that long warp on the big loom and get weaving!