And Up We Went!

As I stated in a previous post, we usually have a family hike in the late summer/early fall as a fun way to gather together.  This year we skipped the hike and went to the Pemaquid Lighthouse museum and park, because of the complexities of bringing the baby on a hike.  A lovely time was had by all.

Hubby had a birthday recently, and decided that he did indeed want to go for a hike as part of the celebration, so he, Son #2, and I decided to do just that last weekend.  We were aiming for an easy-ish hike in the nearby Camden Hills, but due to a bit of inattention on my part with a new app, we ended up at a different mountain with a very similar name - Bald Mountain in Camden.  The app said that it was a moderate hike with spectacular views - correct on both accounts, though the hike pointed out quite clearly how out of shape I am!  There were many areas through the woods that were quite doable, but there were also several sheer rock areas that tested my leg strength.  Luckily, Hubs and Son were happy to stop and let me rest whenever needed.

This was the view from the road across from the parking lot.  The path started there, down to the field and along the woods' edge. 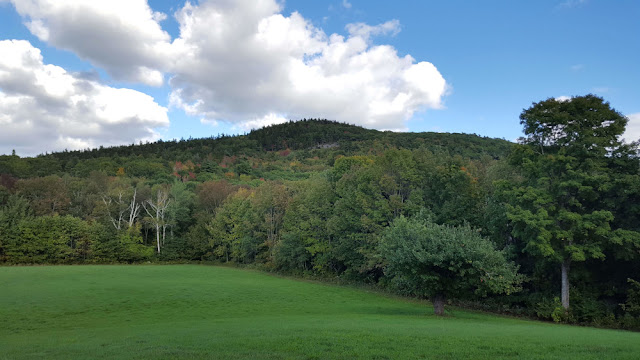 There were stunning views along the way at small clearings.  I tried to take photos looking inland and towards the coast.

This is looking back towards the start of the trail at the first clearing. 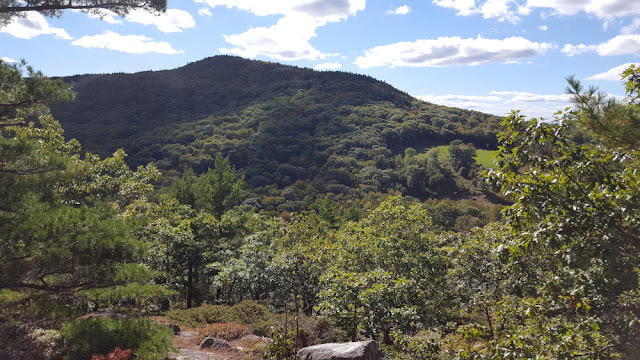 This next one is a similar view, but a bit farther up.  That small red house you can see is just across the road and down a bit from the parking area. 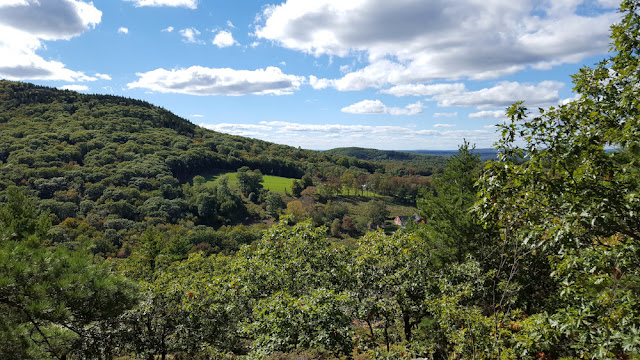 Yet another shot looking inland.  I was trying to show the very distant mountains that were visible to the eye but not the camera, alas.  We thought the one we could see between those very distant twin peaks on the right might be Katahdin. 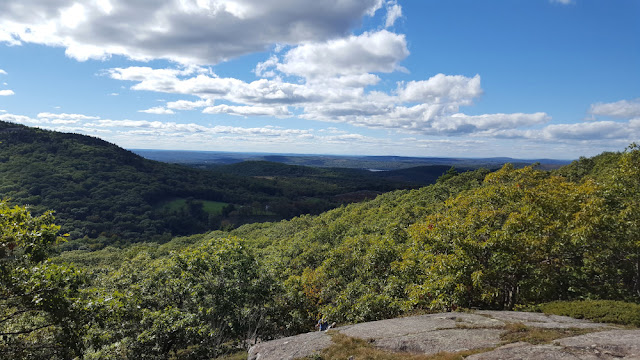 Looking in the other direction, here are some shots towards Penobscot Bay as we ascended.

This one shows Hosmer Pond, at the foot of the Camden Snow Bowl, a local ski area.  You can just make out the trails on the hillside, awaiting the first snow. 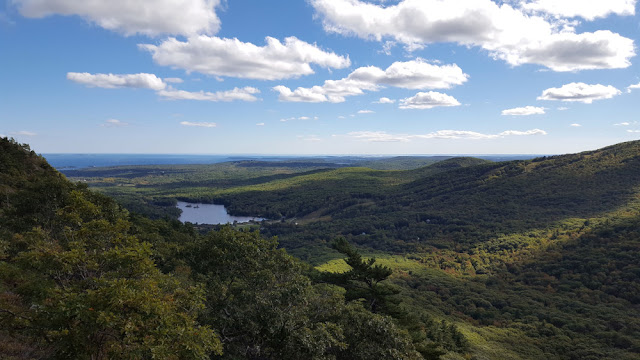 Here is a shot towards the bay part way up the mountain: 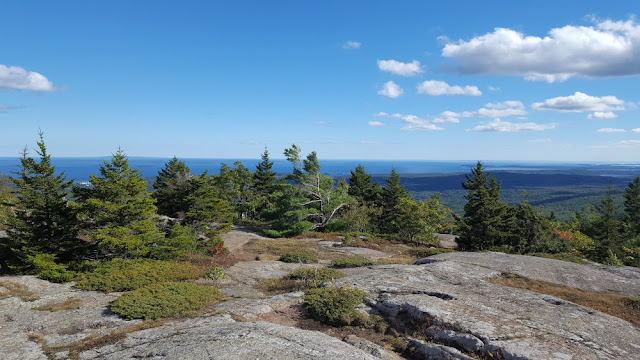 Once we reached to top, we found this cairn and this marker; 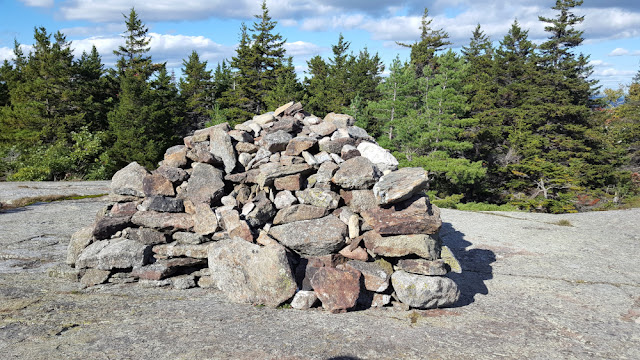 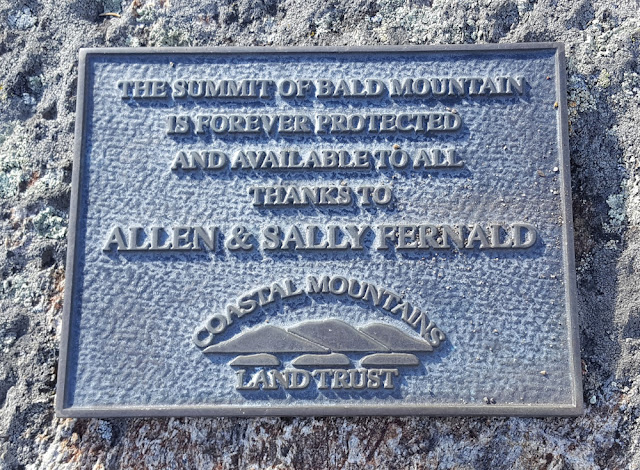 The summit is 1280 feet, so the views were just spectacular!  The first shot is again looking at Penobscot Bay, and the second is looking slightly northward.  The small cluster of buildings and boats is Camden, a very busy town on the coast.  (The people in the photo did not belong to our party). 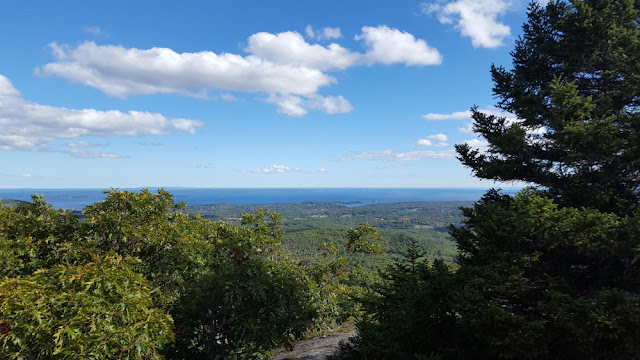 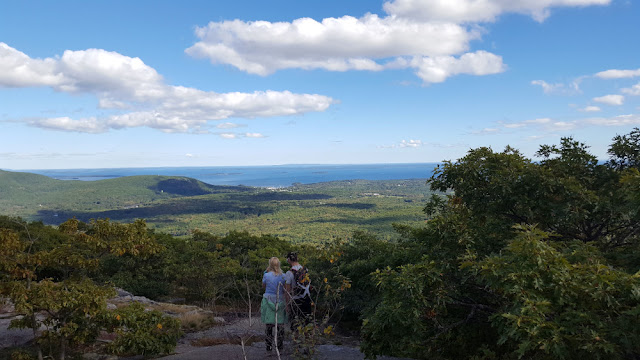 As you can see, the day was perfect for hiking, sunny but cool.  We were sure that the hike down would be difficult, as the strain on muscles and joints going downhill is always underestimated.  I am happy to report that except for a small amount of transient discomfort in a knee that has had arthroscopic surgery, the hike down was great.  It took half the time as the ascent (30 minutes vs an hour) and let us reach the parking area feeling pretty good.  We wrapped up the excursion by going to a local pizza place that serves local food and makes a decent gluten free pizza to boot!

A couple of days ago we had our first meal using the fall harvest.  One of our butternut squashes 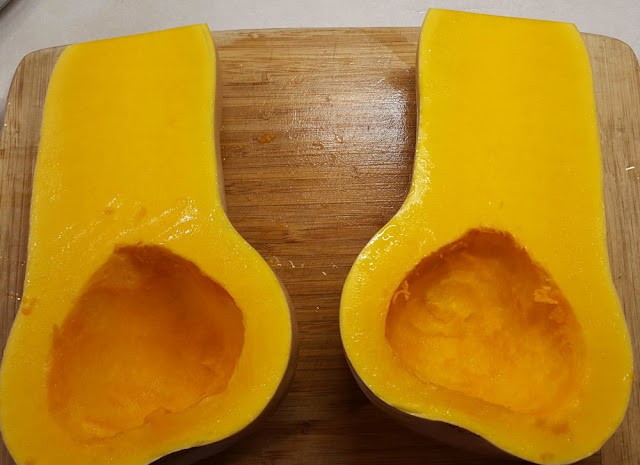 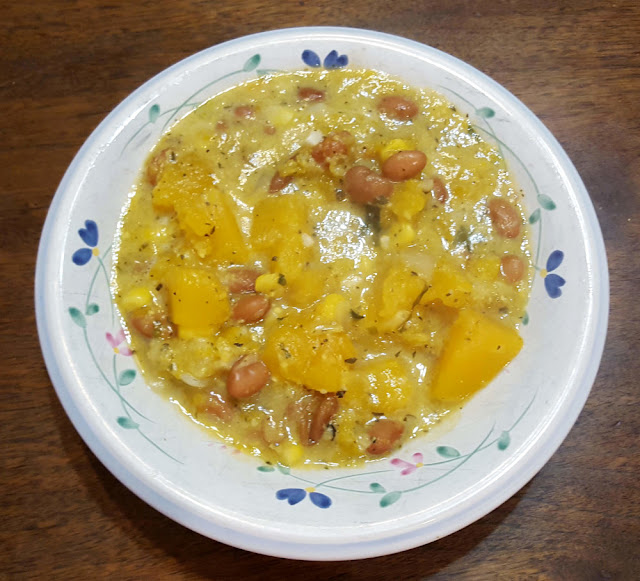 The day after our hike, Son #1 came by with the grandbaby for a visit.  That boy just keeps getting cuter by the day.  I love how animated he gets when looking at his daddy. 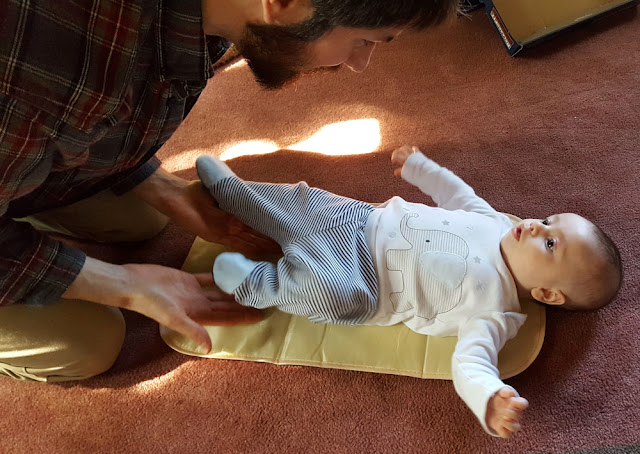 Grampa got to hold him for a bit and introduce him to our cat, Whirl.  I think the cat was more wary than the baby. 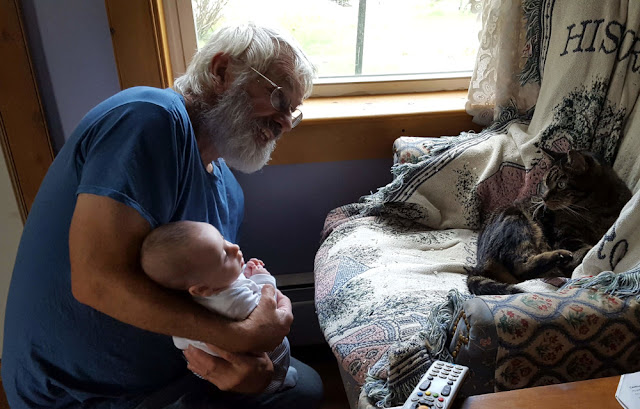 On the weaving front, I've completed the first scarf and just started the second one today, so not too much to show.  The treadling is the exact opposite of that of the first scarf, so easy to remember, and I really love the pattern that emerges! 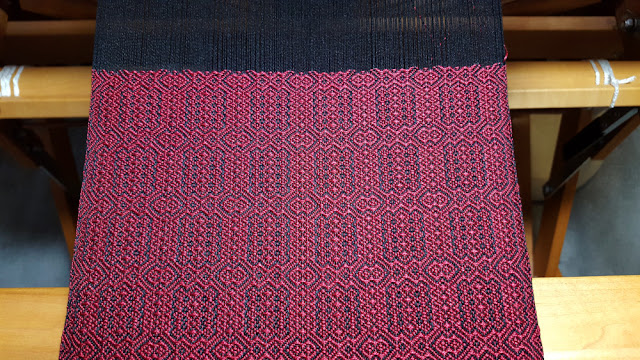 We seem to be having a "boom" in the labor and delivery dept, so not much weaving will happen for a bit.  'Til next time!