I finally have some pics of the Huck lace blankets, but I have to confess, I'm having a hard time capturing good shots this time around.  Maybe because of the cloudy, dreary day (more on that later), but I just don't see these as good enough for the shop.  What to do...

These are all three that I wove, but one is going to family, so these photos can't be used; 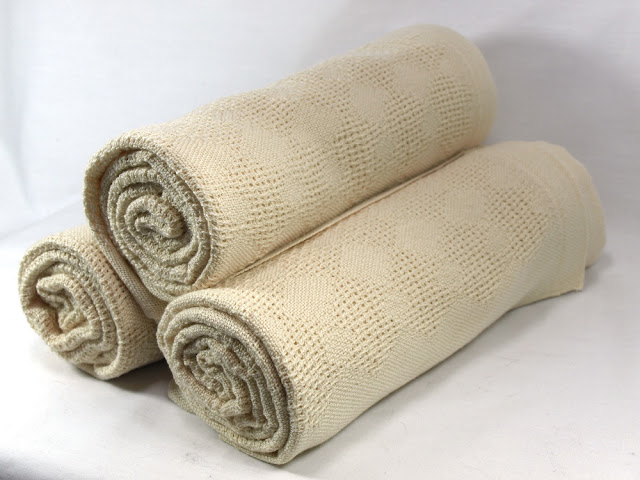 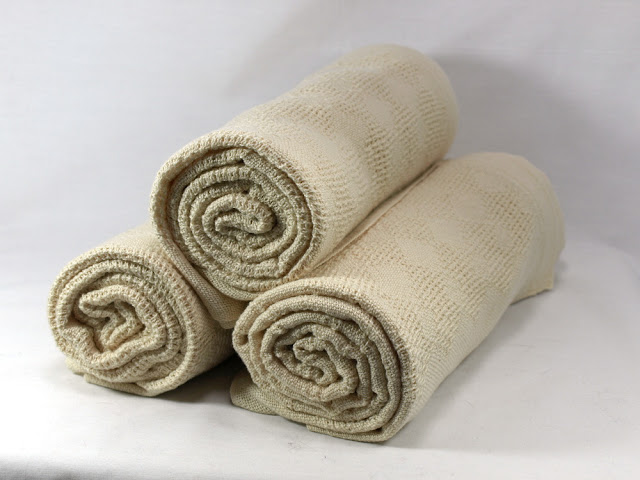 Here are the two that are for the shop; 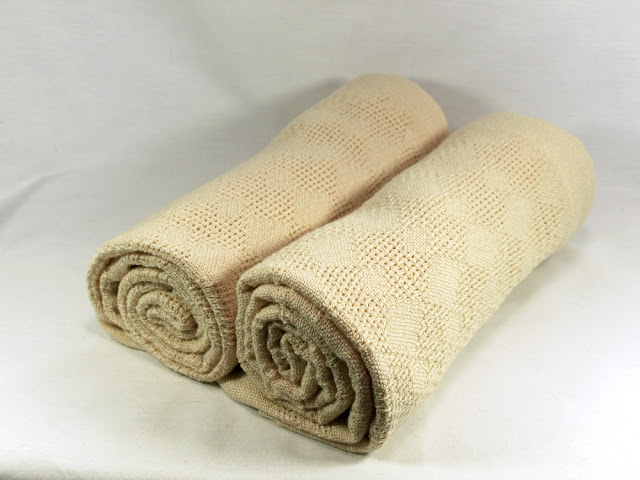 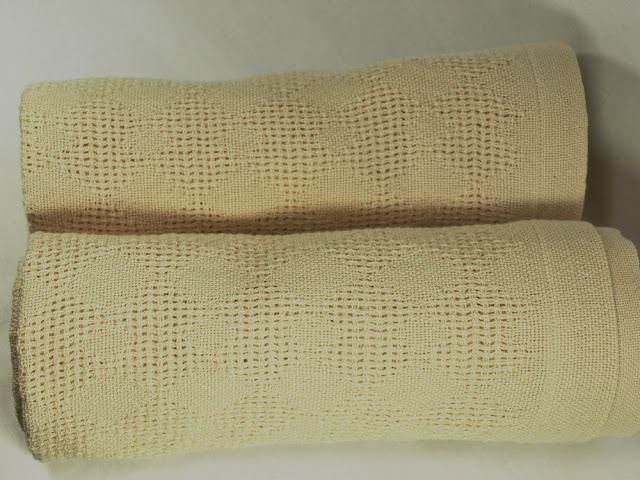 I then tried to get some shots that showed how thin and moldable they are, but I don't think I succeeded. 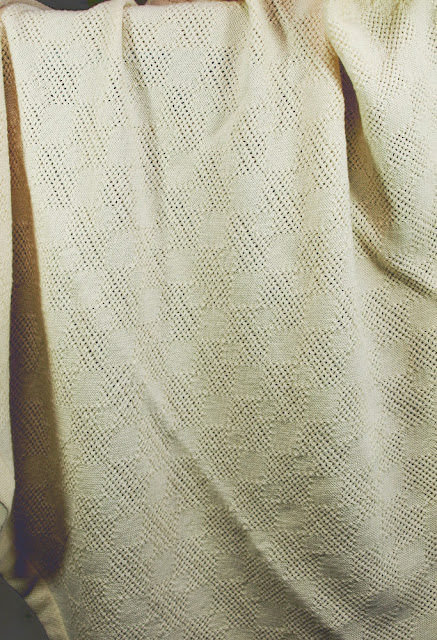 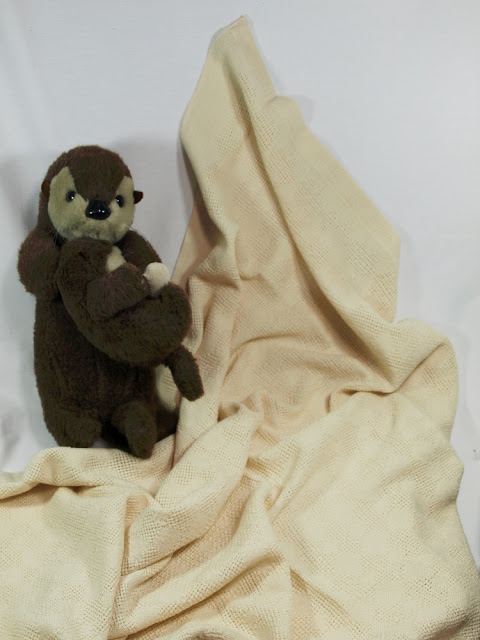 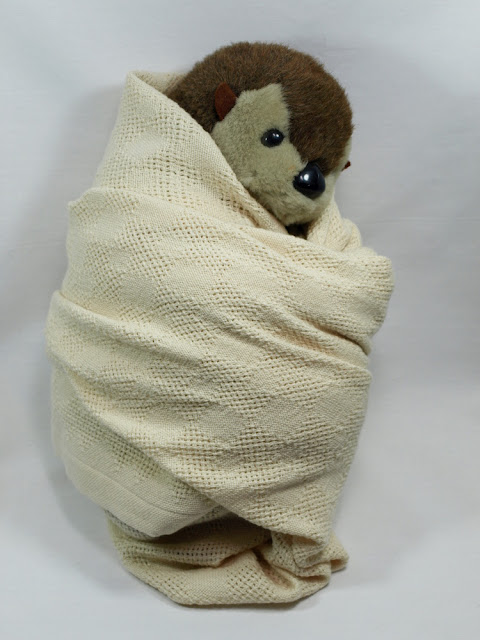 In other news, last night and today is the big Nor'easter, and hoo boy, do we have a lot of snow!  I tried to think ahead and get some pre-storm photos for contrast.  Yes, everything looks drab and brown, but not being a fan of snow, I see ease and safety.

These are looking towards the south west and northwest of our house; 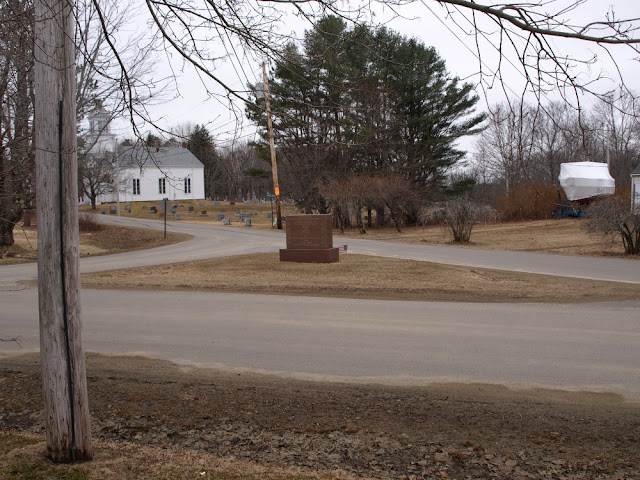 The apple tree you see (the small tilty one) looked like this yesterday; 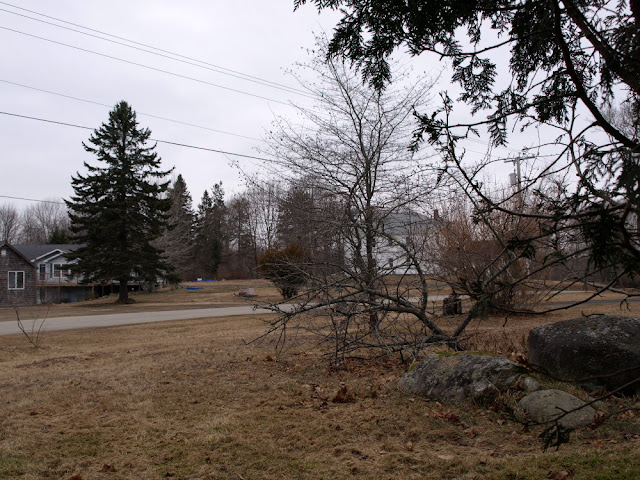 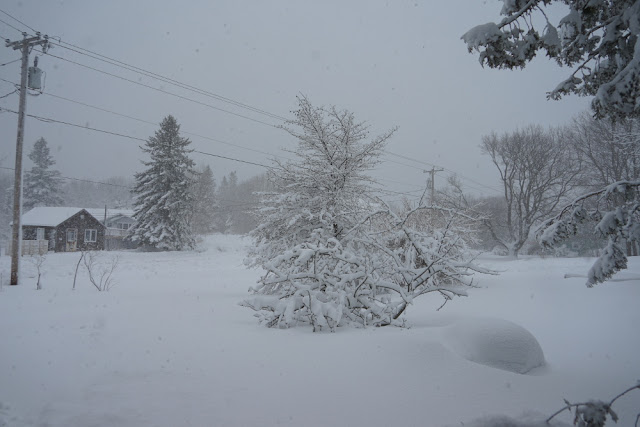 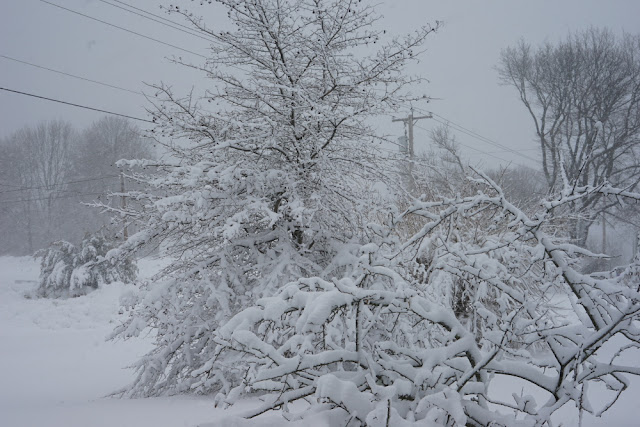 You could still see the tiny Brussel sprouts leftover in the garden; 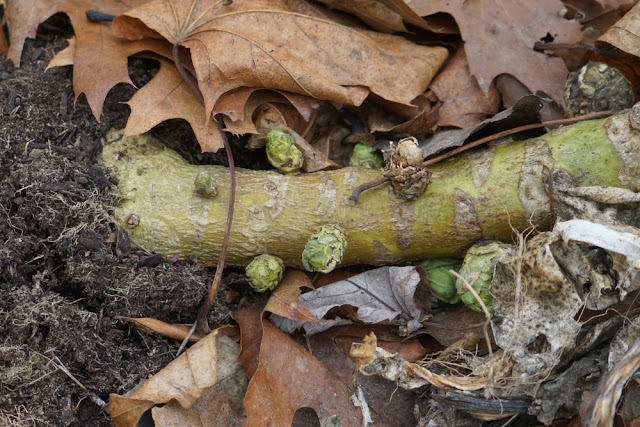 and some tiny buds on a lilac branch; 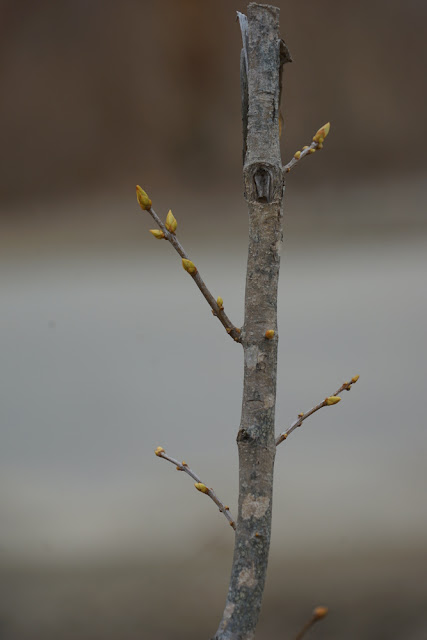 This is one of our woodpiles before; 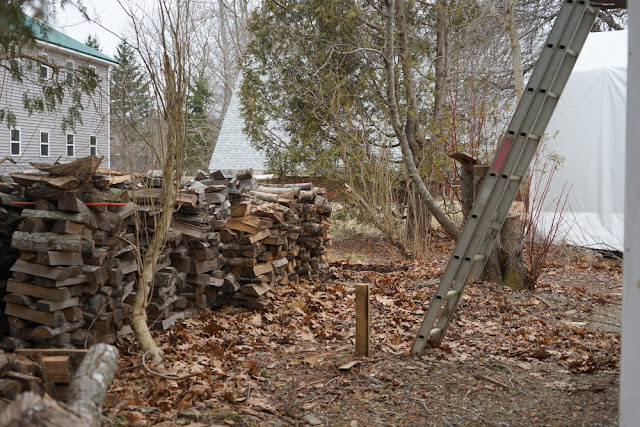 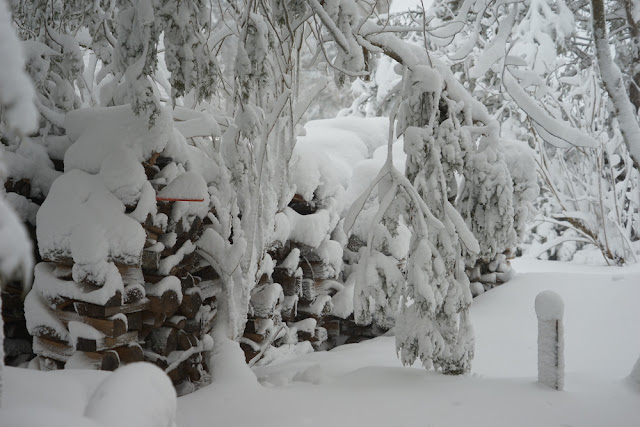 All night I woke up, expecting us to have lost power, but we didn't (yet!).  When we came downstairs, we were met with windows pasted with so much snow that we had no idea what was going on outside; 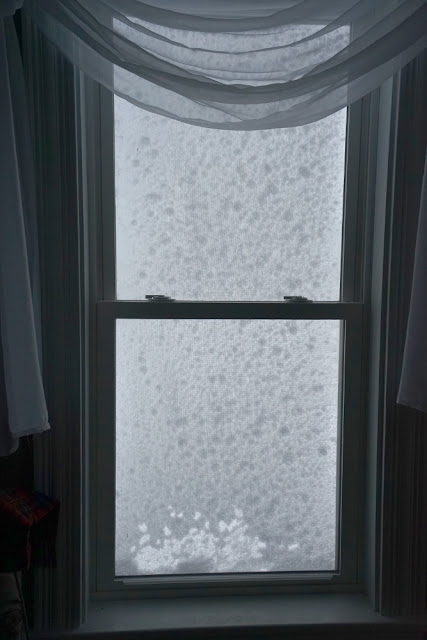 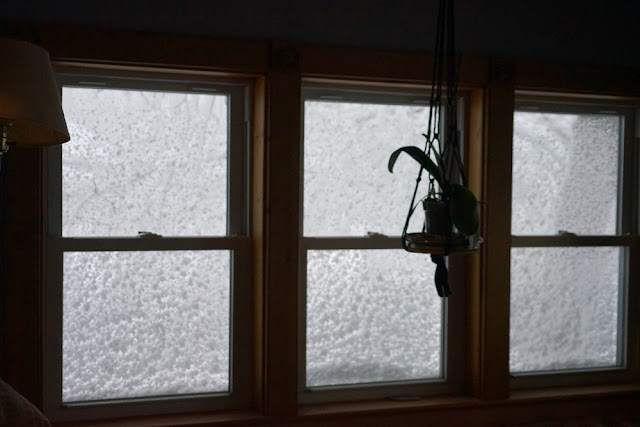 Our neighborhood birds were still coming to the feeders to replenish, though it was harder to find the seeds under the snow. These were taken through windows, BTW. 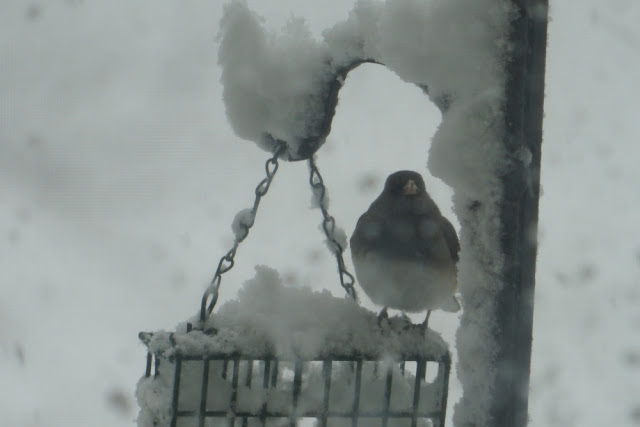 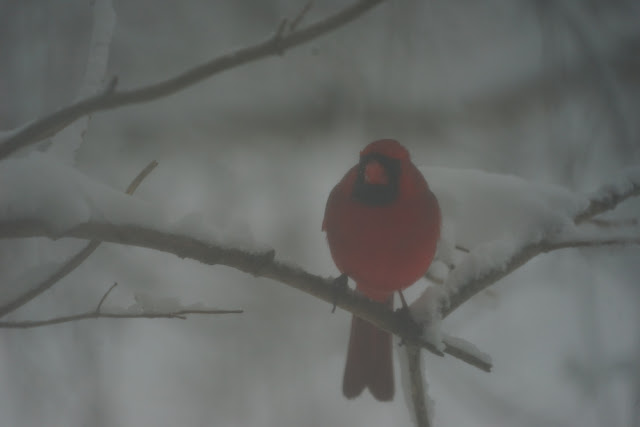 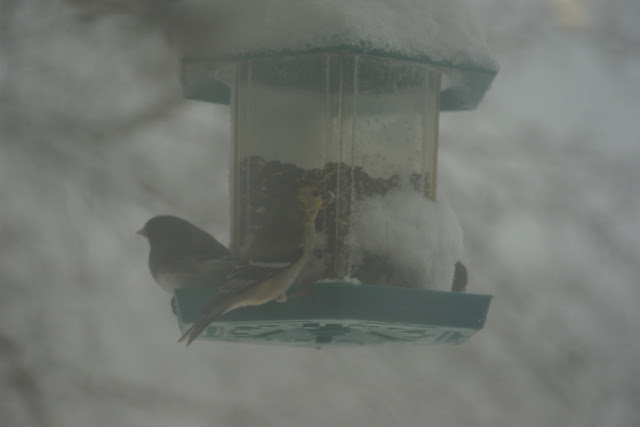 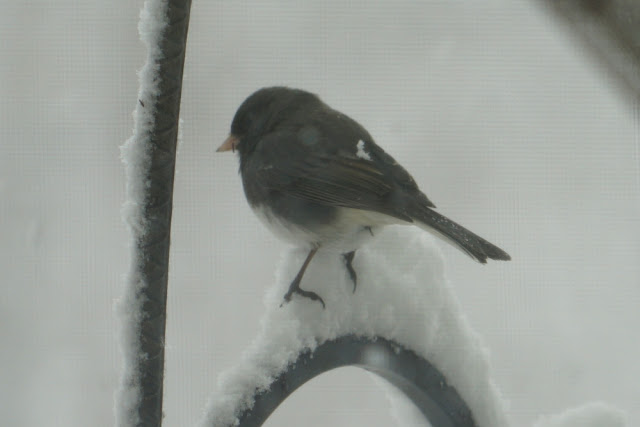 You can get a sense of how heavy this snow is with these shots; 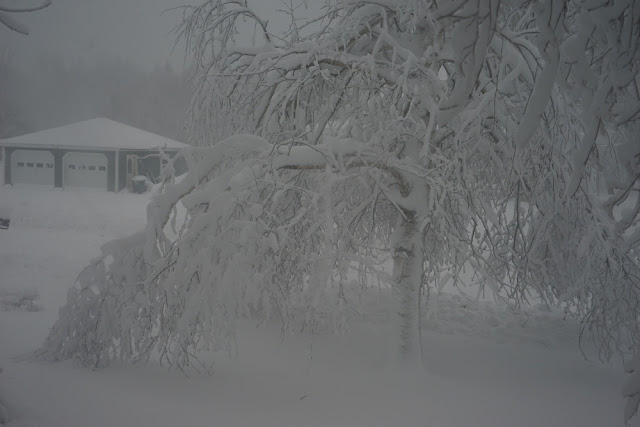 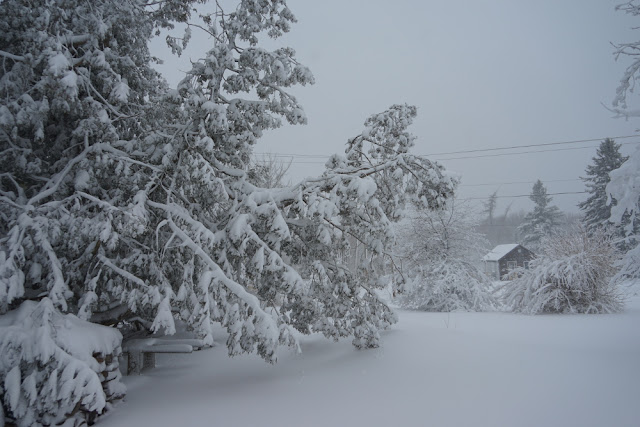 As far as we can tell, we only lost one branch from our trees, this one from our maple near the house.  I'm glad it wasn't one that was closer! 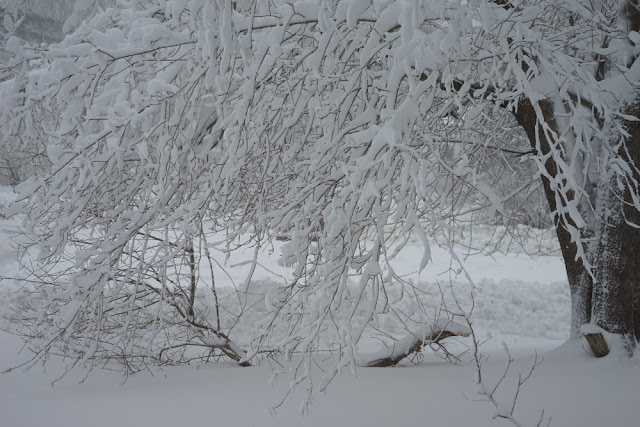 And our poor Japanese willow... 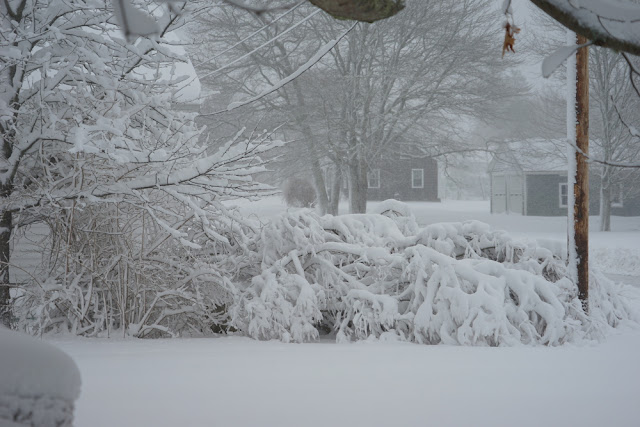 Just to show the effect of the direction of the winds, here is a photo of the front of the house, which faces west; 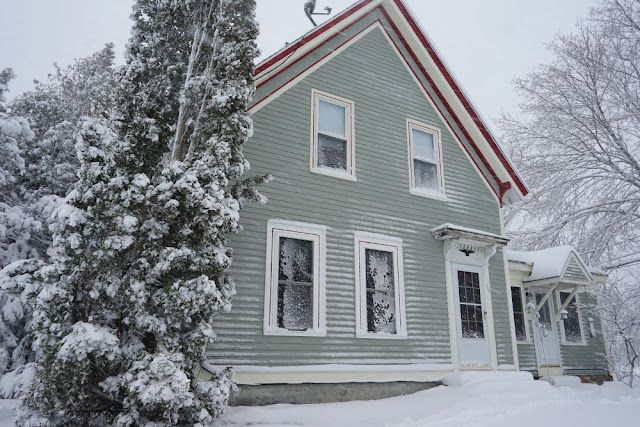 much less snow on this side.

There are so many more, but I think you get the "picture" (groan).  And the kicker is, it is still snowing 8 hours after these were taken.  It is supposed to stop some time tonight, so my commute shouldn't be too bad, but I cannot stress enough how grateful I am to have been able to stay home today instead of driving in this mess.  I hope everyone that did have to travel stayed safe.  And we may get hit by another monster storm next week.  Hooray...