A Month's Worth of Work

The summer craft show was just about a month ago, so I thought I'd look back and see what I've been able to accomplish in that time.

I had a custom request from a coworker who was looking for a woven scarf for his wife for Christmas, all the while saying what a horrible husband he was.  I disagreed, as he was certainly thinking ahead!  We looked at some photos of previously woven scarves, and he chose a variegated tencel scarf using a black weft and having hand twisted fringes. 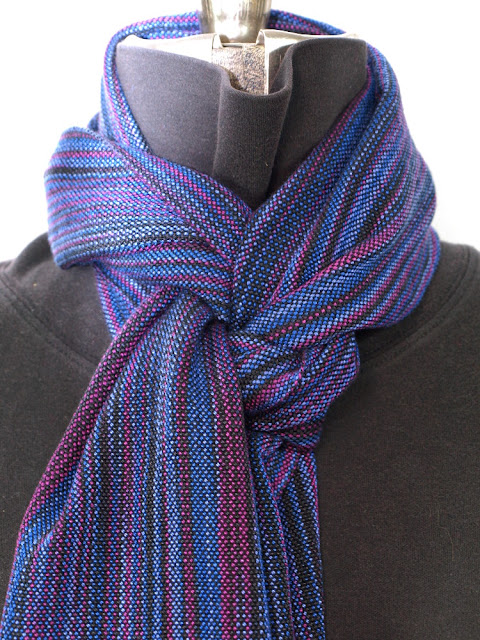 Not sure why this second photo is so blurry - sorry!

Since I had such luck with my infinity scarves at the show, I warped enough to weave one of those as well.  I literally had a couple of feet of warp yarn left when I was finished measuring the yarn - phew!  I also almost finished the Royal blue weft - I love stash busting, don't you? 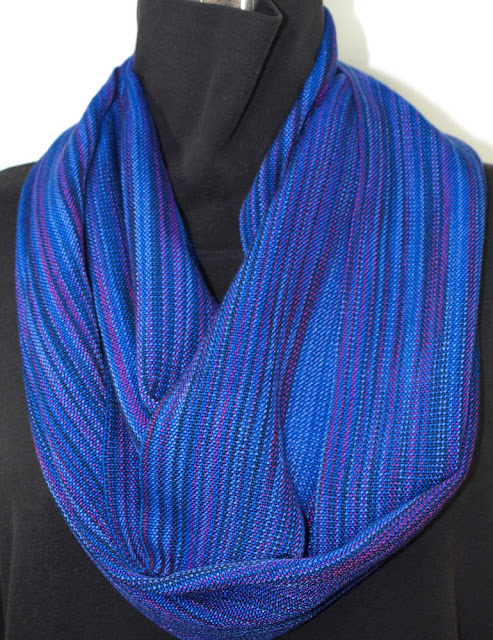 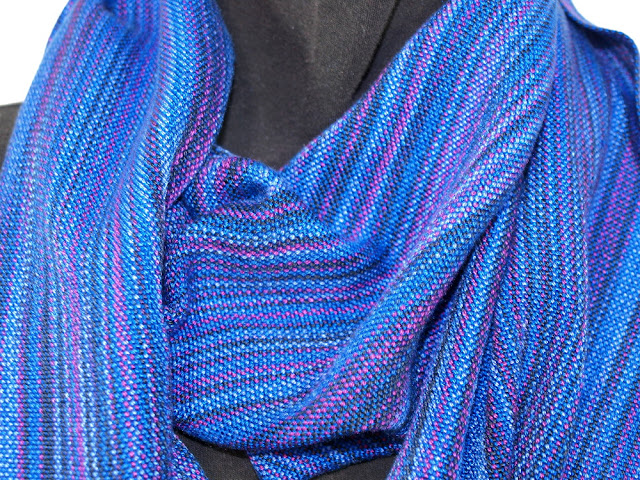 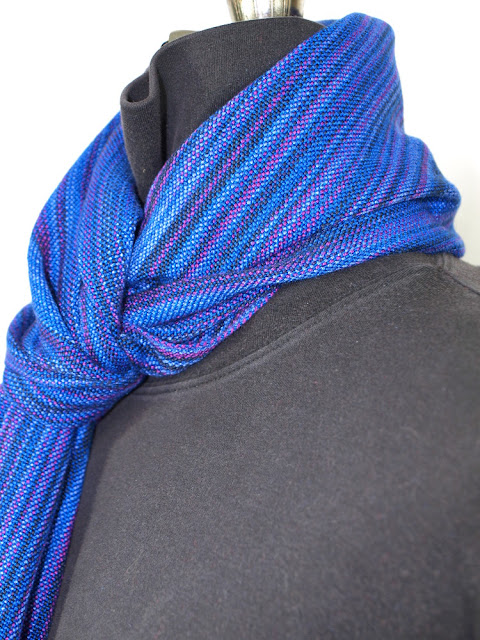 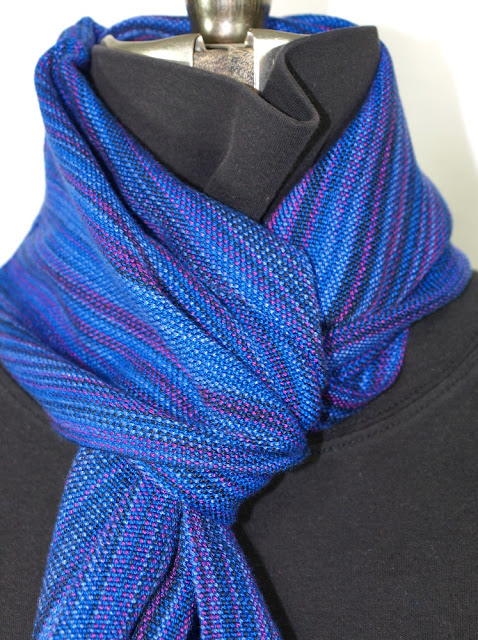 Secondly, I had received a request for a custom key fob (two actually) from someone I had spoken to at the show.  She loved the "nasty woman" fobs, but was no fan of pink.  After a bit of back and forth to pick colors, work commenced, and the results were just finished today. 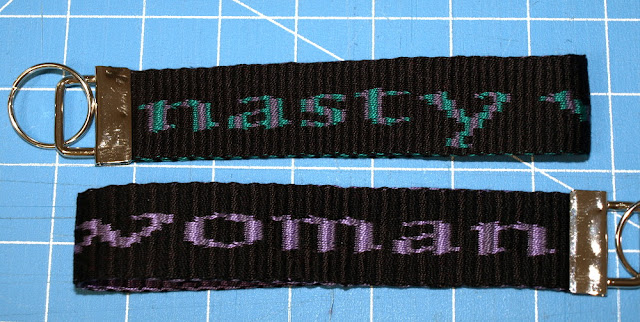 (I was in such a hurry to slam out some photography this morning, that I forgot to flip one of the fobs for the second photo - duh!)  I've contacted her via email so she can find her custom Etsy listing and I can send these to her soon.

Thirdly, I have long wanted to weave another set of Modified Star Towels, the draft of which was purchased through Webs.  The draft calls for blue and white, and results in 2 or three towels, but I have always wanted to use red and white to accentuate the holiday feel this design evokes for me.  Webs happened to be having one of their big sales, so I purchased some red and white 8/2 cotton, and got weaving.  I ended up with 6 towels, and really wish I had ordered more yarn, because I really like how these came out. 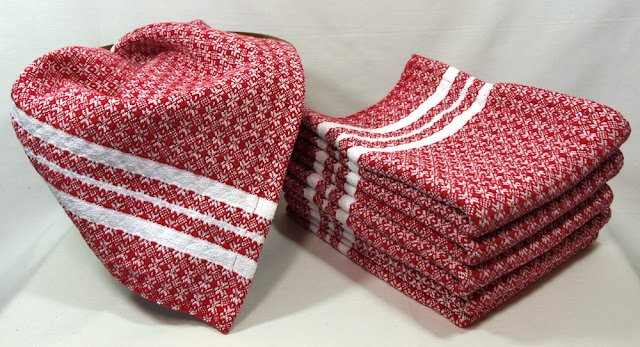 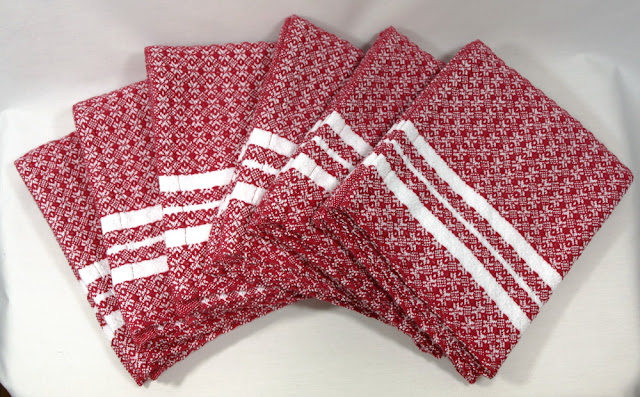 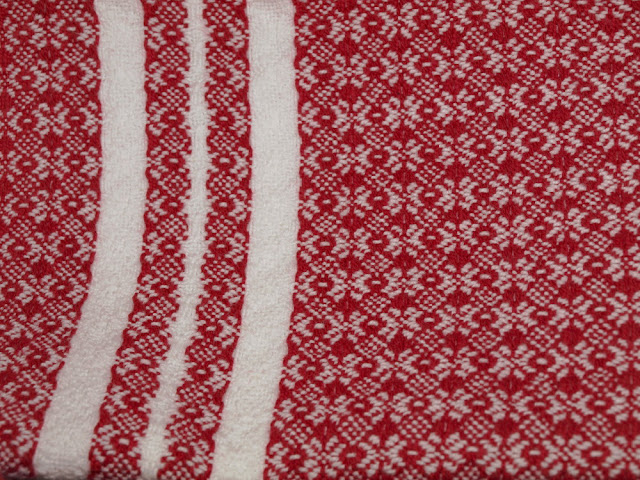 I have yet to list these in my Etsy shop, and am debating sending two out for consignment, just so I keep a presence in that shop, but I'm unsure at this point.  I will most likely decide over the weekend.

In non-weaving news, the house is finally painted!!  Well, not the whole house, but the side that we were working on for most of the summer.  Well, not the whole side, but everything except the fancy bit over the door.  (Do I detect a pattern there?!?).  I would have painted that, but hubby says he wants to take it off and fix it first.  That may never happen, so I may still get a ladder and at least put a coat on before winter. 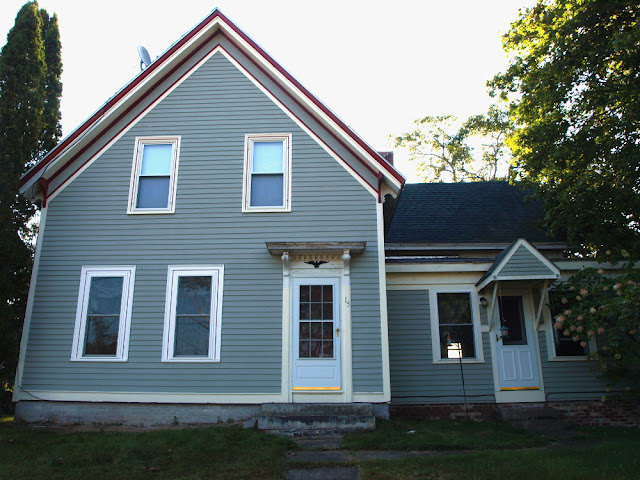 I still love the color scheme, and we are getting compliments from many neighbors.

And we have also started the very laborious task of painting the garage.  We chose T-111 as siding to save some money on the project, but boy, that stuff is awful to paint.  It's so rough, and has that channel, and sucks up primer like nobody's business.  We didn't even manage to get half of it painted last weekend.  The weather has been quite hot and humid for a week or so, but we are to get a reprieve this weekend before it warms up again next week.  I'm no fan of winter, but September has always been my favorite month because it gets away from the heat of summer but isn't cold yet.  The last few years the pattern has been changing and not for the better.

I think that's all the news that's fit to print, so they say.  Next project up will be a run of more towels, most likely pebble, on the big loom.