As promised, here is the outcome of that new inkle band project I last wrote about.  Aren't they cute???

The idea is from Handwoven Nov/Dec 1993, and they are called Inklings!  Pretty easy to make, and oh so appealing, at least to me! 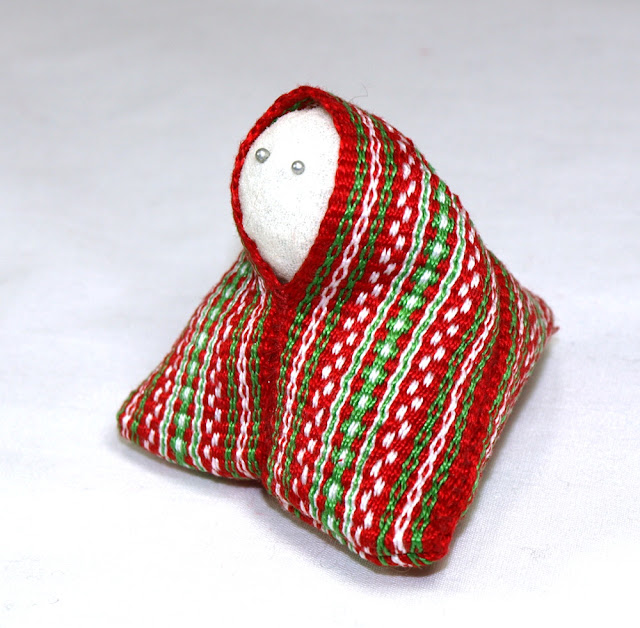 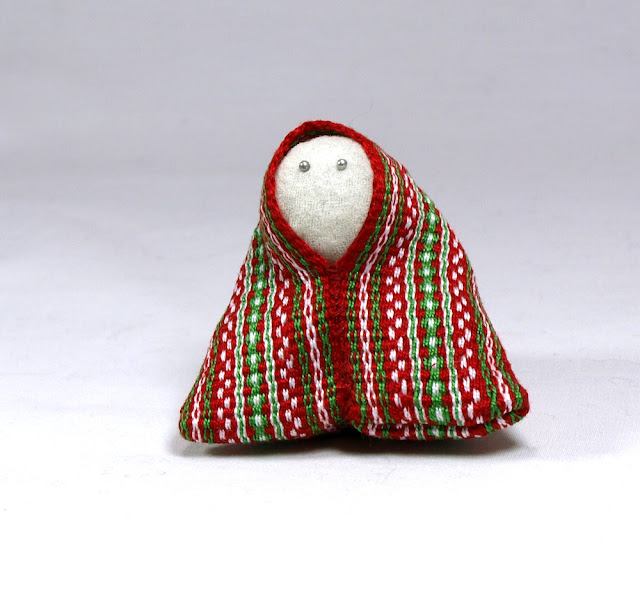 The inkle band was cut into 4-10 inch sections. 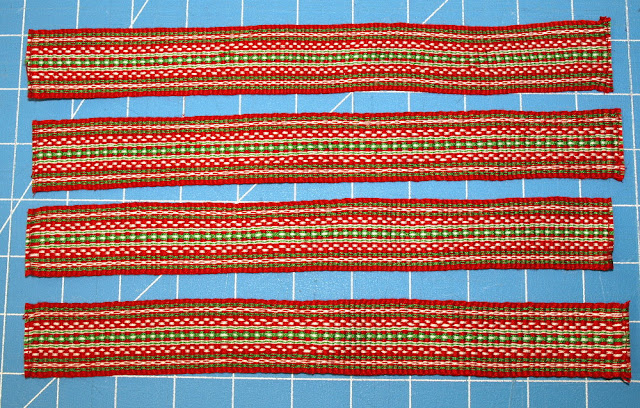 They are then sewn into a loop and turned inside out.  (I don't have any pictures from here on out of the process, because I was too excited to stop and take any!).  The folded edge is brought to the sewn edge, and then you stitch up the seams, keeping them flat.  Leaving a space open, they can be stuffed and a head can be inserted. Several people have used felted wool heads, or wooden beads with faces already imprinted, but I decided to go with small styrofoam balls inside nylons.

Though the inklings  are a bit fiddly to sew up, I really enjoyed making them, and cannot wait to give one to my Christmas-obsessed DIL!

I've also finished the Baby Surprise Jacket project, another quickie.  You remember how amorphous it was pre-stitching; 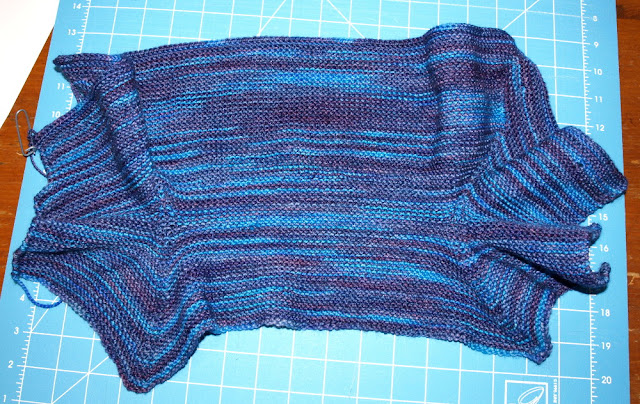 Here is a photo of the sweater blocked after stitching;

Pretty amazing, right?  That Elizabeth Zimmerman was a genius!  (The colors in the above photo are pretty true to life.  They are NOT, however, in this next one, with the buttons sewn on).

I will probably make more of these as the need arises, I think.

Floor loom weaving is still on hold, because the loom room is still semi-torn apart for electrical work. Hubby seems able to work only in short bits here and there, either because he is still tired from his pneumonia, or he is easily distracted, which has been the truth his entire life.  It will get done eventually, I hope!  In the meantime, I'm enjoying slowing down and relaxing.  'Til next time!