Finished up the last project for the craft show - inkle band key fobs.  I was going to use half for fobs and half for bookmarks, but wasn't sure how many people read real books anymore, so I went with the fobs instead.  Of course, many folks have a black plastic fob for their cars already, so I might have made the wrong choice.

The band off the loom; 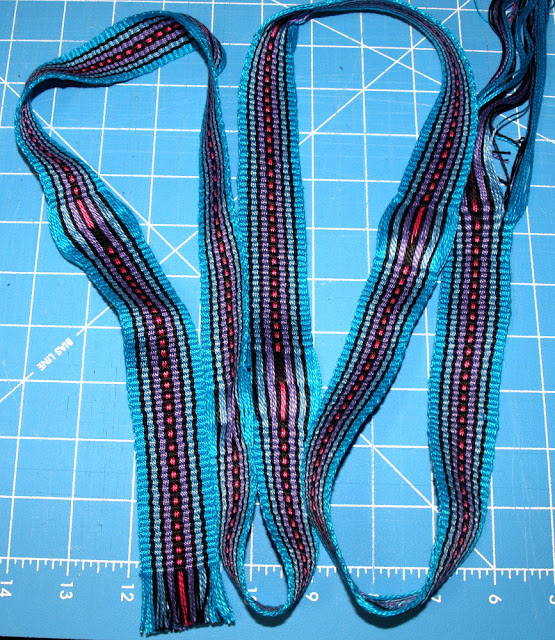 Have I said how much I love this pattern?  And the colors make me smile!  Yes, the selvedges still need improvement, but I still get a bit of a thrill that I can create something that looks like this.

With the hardware attached; Besides creating my treadle gate, which I showed in my last post, my hubby also used his creativity and skill to make a postcard display for the show; 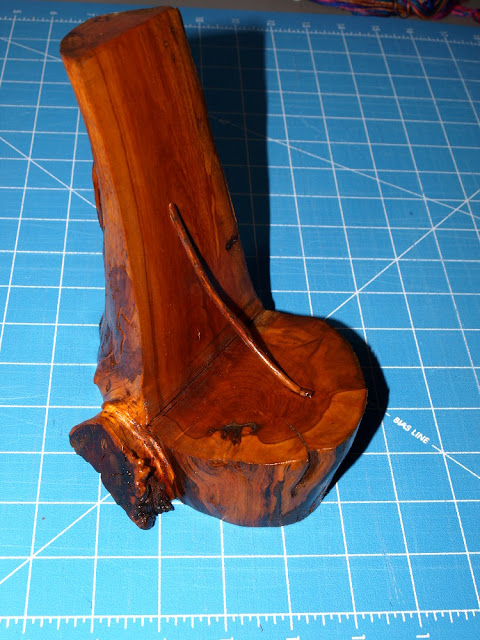 Sometimes I don't know how he comes up with these things, but I sure love it when he does! 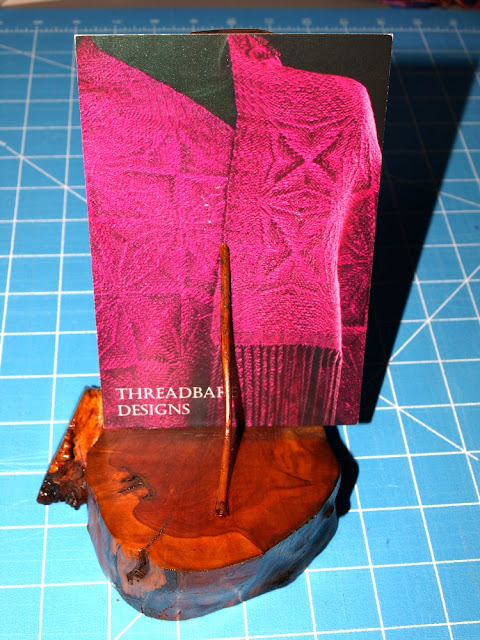 He also built a display rack for the wallets that I've sewn.  It will work well, I think, but it really looks like the Starship Enterprise, don't you think?  It will work for displaying some towels, too. 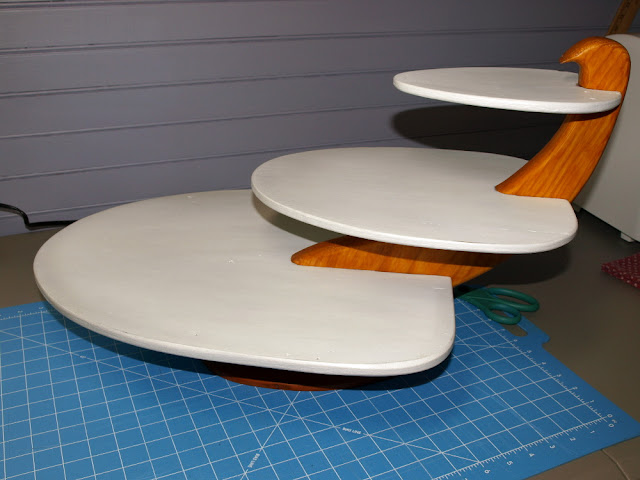 The shelves slide in and out easily without fasteners, so it will be very packable, always a good thing!

(Lest you think that his talents are always at my disposal, we have many many projects around the house that have needed attention for many years.  I'm just grateful that he was willing to help as much as he has this time around.).

I've also decided that instead of using my dress form to display my tencel shawl, I would use it to display my one remaining baby wrap for sale.  It was sent out as a tester and so has had light use, but I washed, dried and inspected it yesterday, and it's in fine shape. Even so, I have marked it down a lot, so I hope that helps it go to its new home.  And because I don't have a baby around to wrap, or a doll for that matter, I decided one of my kids' old teddy bears would do. 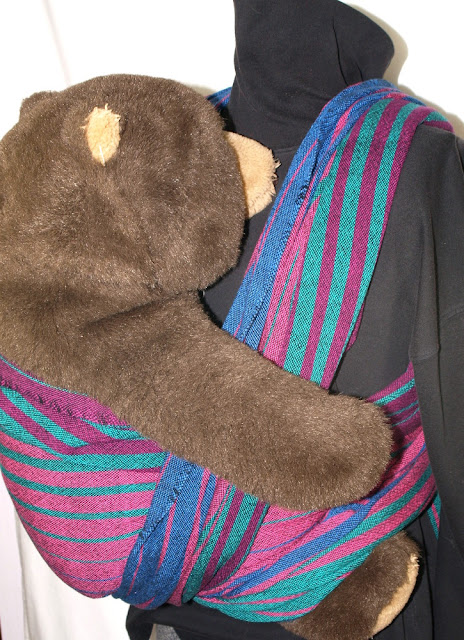 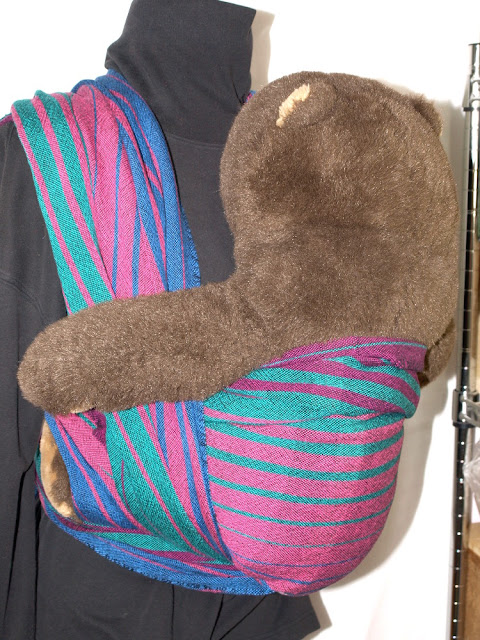 Crappy photos, but you get the idea.  It's standing in our kitchen right now, and every time I go by I think there's a person over there!!