After a few weeks of little to no weaving activity, I finally had some time this morning to start sleying the next baby wrap.  I attempted to speed up the process by using the method advocated on Laura Fry's new video, "The Efficient Weaver."  Basically, it amounts to bringing a number of warp ends forward and holding them between your fingers in whatever configuration they are going to be sleyed - for me, it was 8 ends, held 2 together between fingers.  The reed is horizontal, supported by two loops of string.  Take the hook, bring it up through a dent from underneath, catch the first two dents, bring the hook back down through the same dent, and without pulling those threads all the way through, bring the hook back up through the next dent, catch the next set of ends, and repeat. When the loops of all the ends in your hand have been brought through their respective dents, pull the hook and bring the rest of the ends all the way through.

At first, this felt very awkward for me.  The reed could swing a bit, and I'm still getting used to texsolv heddles, but after a few minutes the process really moved along.  I sleyed 8 ends at a time, and after 24 ends, or one inch's worth, I would check that 2/dent happened correctly throughout the entire section by spinning the reed around so that the side that had been downward was now facing me. Easy to check, then lay it flat again and start the next section!  All 748 ends were done in about an hour or so. 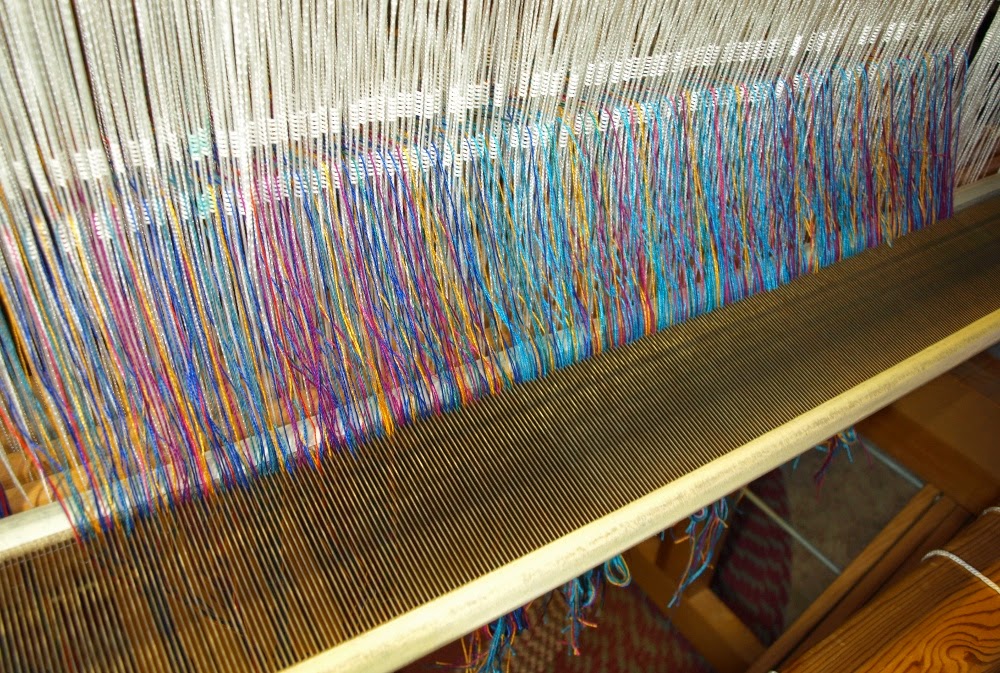 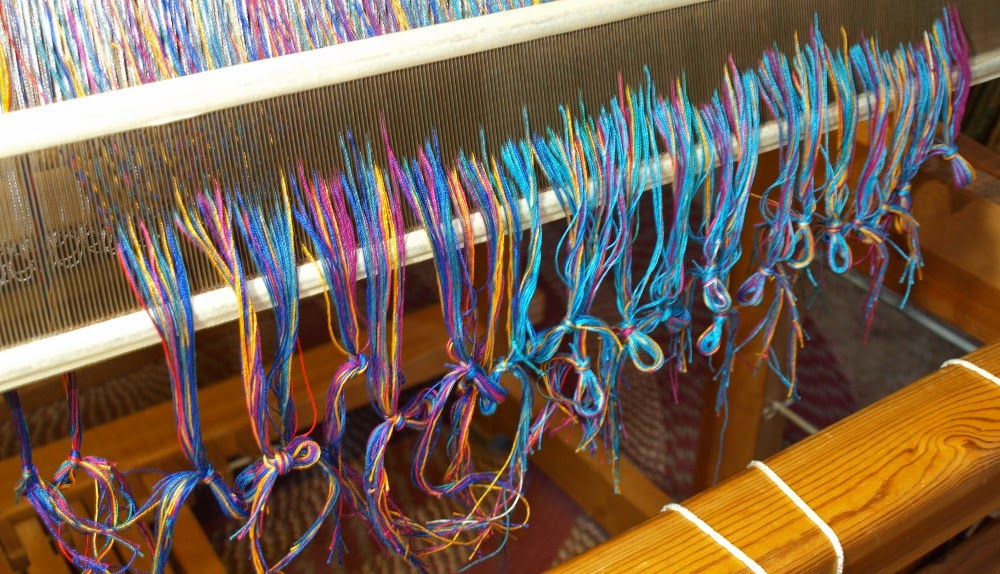 Sorry about the photo quality, but it is really cold here today, and the living room has an old picture window that is very very drafty, so we keep it covered with a quilted window curtain.  The only light available were from lamps.

After that speedy bit of work, I just need to tie onto the front beam, tie up the loom itself (which is still a bit of a challenge), then I can weave!!