The second baby wrap is off the loom, sewn and wet finished.  It has been a learning experience for me, no doubt, but I can't say I'm not happy to have it completed. 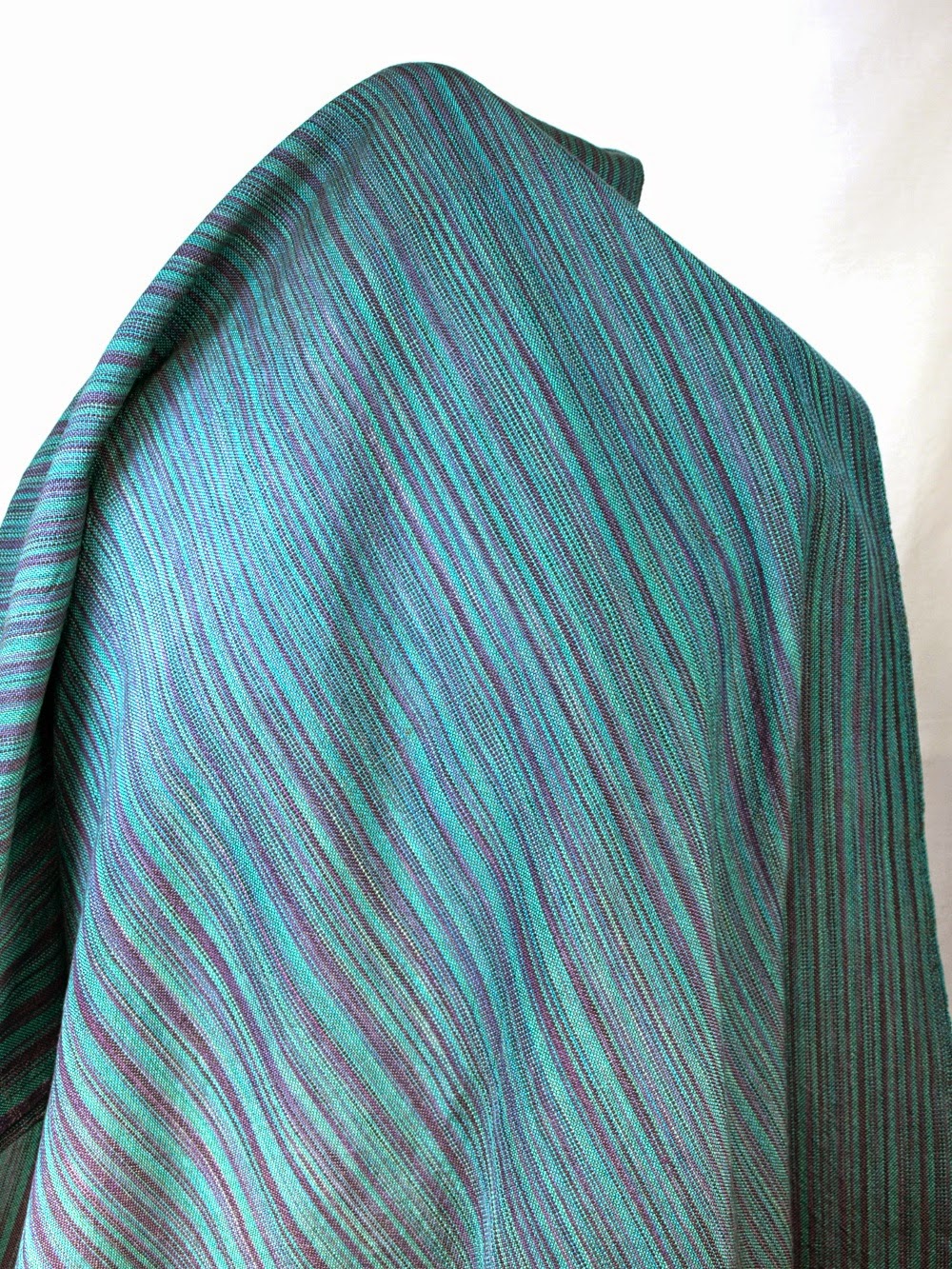 This is the first time that my age has affected my ability to complete a project in keeping with my usual standards.  As hard as I tried to find skips while weaving, I found a few but missed many, so after it came off the loom, I sat with the material and my magnifying reading glasses.  Way too much eye strain, so I brought in a daylight lamp and looked again.  Terrible headache developed, so I brought in a second daylight light.  Eventually, I had to wear a smallish LED lamp on my forehead to complete the task.  I must have looked a fright sitting there with all that STUFF around and on me!  The headache lasted into the next day, and I even had some trouble seeing clearly through my regular specks for awhile. I'm sure part of it was the variegated colors, plus I've found that charcoal weft pretty much disappears when used with certain shades of eggplant.  I've since ordered some lighting/magnifying gear to help in the future.

Today was washing and pressing day, and much to my dismay, I found two small areas of skips that span ~1/2 inch that I previously missed.  I could sit with it and hand stitch it, but then I would have to rewash the whole wrap.  I've decided to allow myself to put a creation out in the world that is not "perfect" in my eyes, hoping that someone will want to give it some love anyway. The structural integrity of the wrap is not affected, and the floats are extremely small, about 1/6", so I'm not concerned about them catching on something.  The few doubled wefts that I told you about last time are visible, but not really in your face, and also do not affect the cloth. 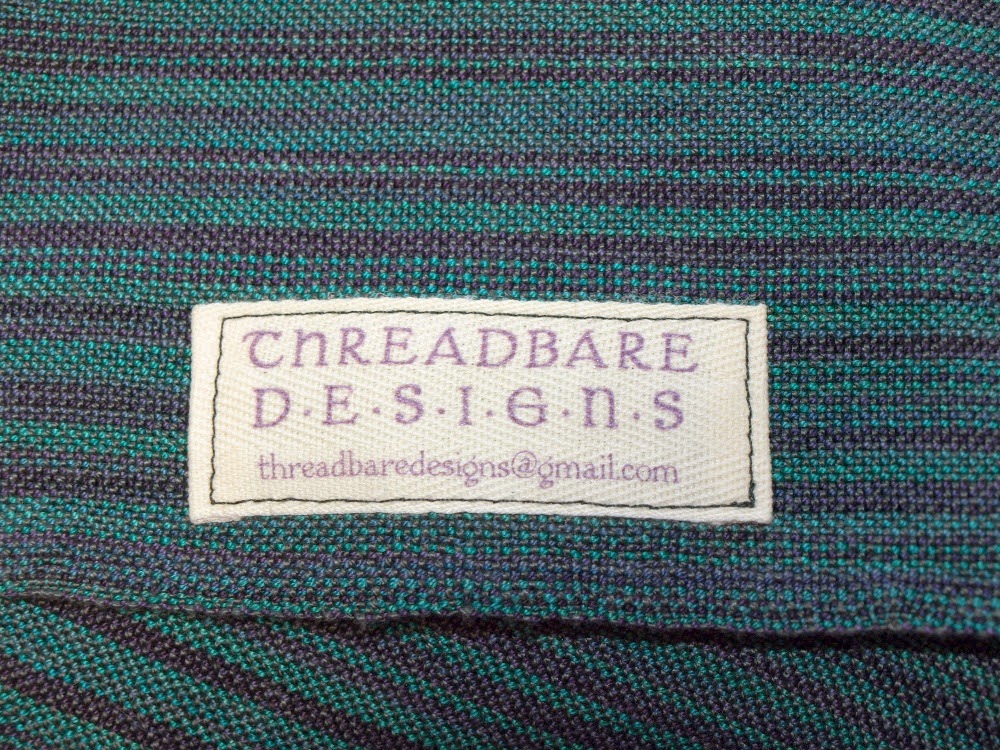 The selvedges, which were a huge headache for me, turned out fairly well.  There are a couple of places where I wish they were straighter, but there were no loose bits, and the waviness from my first wrap are nowhere to be seen.

All in all, a success along my journey to weave beautiful, safe wraps for baby-wearers out there!  I'm looking forward to a smaller project or two for now, until I get inspired to create another design.  I've already wound a short warp for a merino/tencel huck scarf, and I think another long-ish towel warp is in my near future.