I Have Woven Before, Right?!?

You wouldn't think so, if you saw what I had to go through this morning to get one section on my loom.  First,  I had to unwind and throw away 6 yards because I didn't follow the correct path on my warping square, meaning that the warp ends were WAY too short.  OK, start again.

Then I got 1/3 of the way through that first section, went to cut and tie on the new color, and saw that several rounds back, I did it again!  Not once, but several times in the middle of the section.  I had to stand there and manually unwind the yarn, winding back on the cone as I went.  Finally got through the unwinding, and started winding.  Again.

The rest of the section wound on fine, following the prescribed path - until the last end.  Again?!?  So, yup, fixed that one too.

Phew!  Finally made it through the winding phase.  I positioned the Square to wind onto the first section, got the yarn all the way on, then realized too late that I hadn't secured the cross.  Oh, I remembered to MAKE one, but totally forgot to tie it off.  So the first section will be an approximation of warp order.  I am happy to say, the second section went on without a hitch. 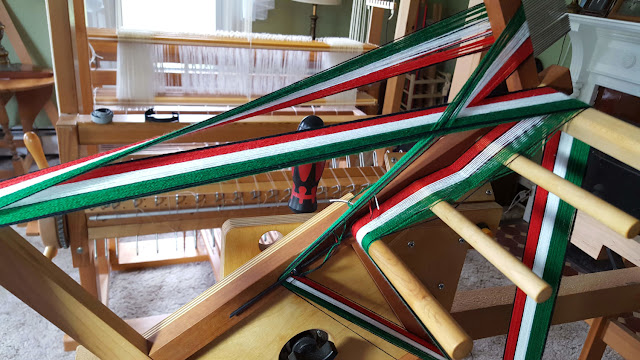 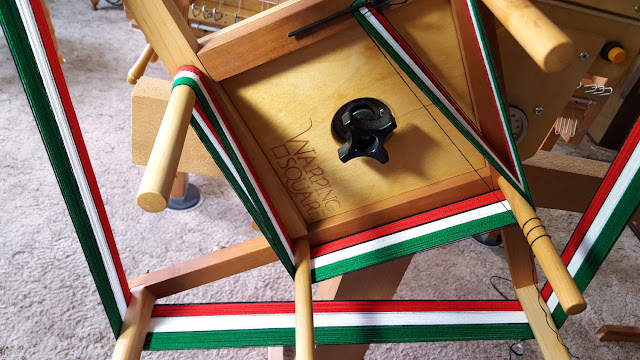 I do love how crisp and clearly delineated the warp looks while being wound.  These will be Christmas snowflake towels, with a draft developed by a fellow Warped Weaver on Ravelry.  She has kindly agreed to share the draft with everyone, encouraging all to try weaving them.

The craft show last week was fine in many ways - well-attended with a lot of foot traffic, including lots of folks with very well-behaved dogs on leashes.  The weather was fine if a bit cool, with quite a bit of breeze.  There were lots of lookers, but not as many buyers as in the past, at least in my booth.  Speaking of booths, here are a few shots of mine; 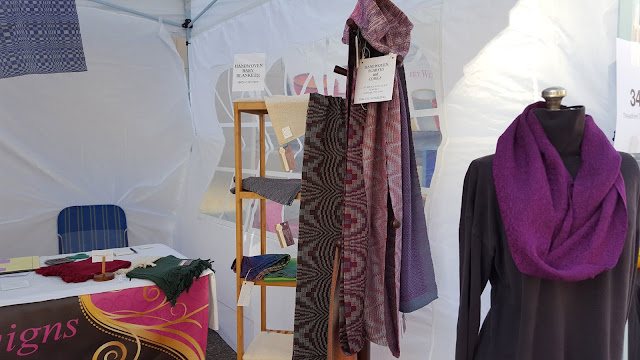 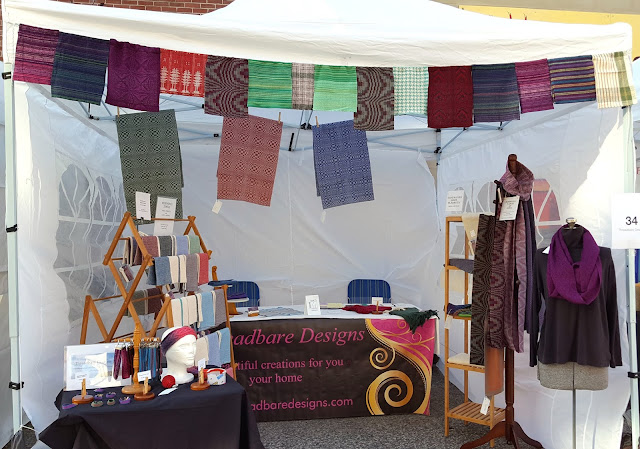 Those little flags I made from woven scraps really caught the attention of a lot of people, which was my intention. 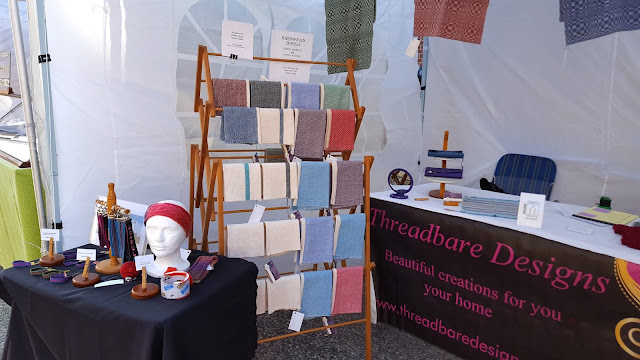 I gave away a few small items for free, as they had been languishing for several years.  It was so cute to see one little girl look at an inkle band bracelet, look at the sign, talk to her dad,  repeat several times, until she could get up the courage to look my way.  Her eyes just lit up when I told her she could have the bracelet, which matched her eyes!

One dark note happened just yesterday, when Etsy informed me that they took their cut of my sold in person proceeds, even though my shop is on vacation.  I know, I know; I have been meaning to close that selling avenue and move to Square when the website attached to this blog expires, but I've been too busy.  Yet another reason to leave Etsy, I say!

I've also gone back to spinning a bit.  I have some merino silk that was gifted to me for socks, so I dutifully separated it into 6 plies, and spun two on my spindle.  I have since decided to make it a two ply to weave a scarf, so I am spinning the third ply on the spindle, then plan to spin the other half on my wheel.  I'm sure there will be a learning curve, because I haven't used my wheel in quite awhile, and then only to ply.  It will be good practice - one of the things I would like to do is spin up a few more bumps of hand-dyed fiber I've had for awhile to use for weaving. 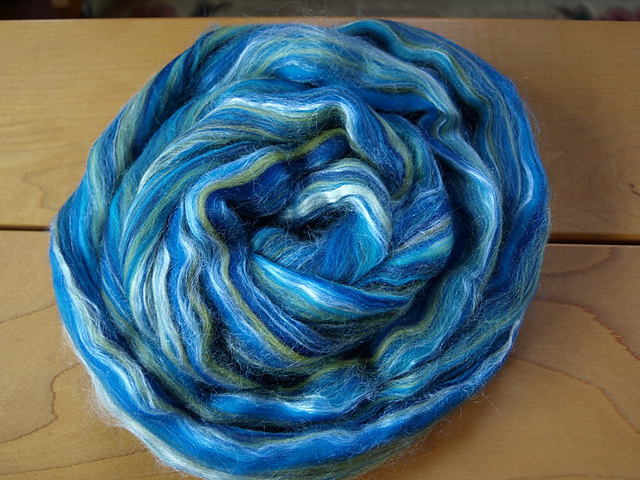 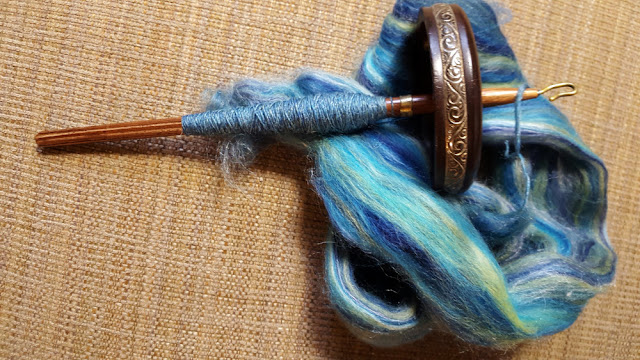 And then there is this; 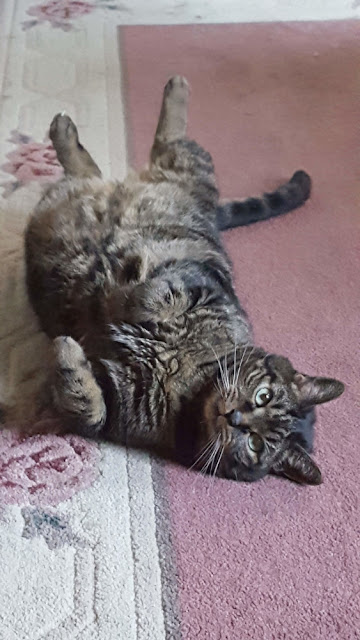 Yesterday morning this fuzzy fella did his "come hither" pose, with a look that definitely gets your attention, as if to say, "ahem, where are my morning pats??"  Whirl has striking green eyes, more so than the photo shows, and is just the nicest kitty.

The weather has begun to cool, with nights in the upper 40's to 50's, days in the 70's, low humidity.  This is my favorite time of year and type of weather.  I don't particularly like what's coming, but am thoroughly enjoying the present.