(NOTE:  The following blog post was written prior to my sudden health concerns detailed in my last post.  Update for those who are interested:  the tick labs all came back negative, but my doctor is still treating me for a tick-borne illness, as false negatives are common.  A 6 day course of steroids greatly relieved my symptoms; however, 3 days after the last dose, I am on another course of steroids for increasing issues.  I'm trying to keep my outlook positive and not project too much, but absolutely do NOT like the fatigue, brain fog, swelling and aches that have come my way!)

Ahem.  Back to my regularly scheduled blog.

I know it's been a long time since I last posted a blog, but I seem to be in a bit of a state of upheaval and change.  I've gone on my "adventure" (more about that in a bit), and now find myself absolutely not interested in weaving or promoting at all, and that fact scares me a bit.  I have some black 20/2 silk that I've managed to beam, thread, sley and lash on, and there it sits, languishing on the loom.  I go by it every now and then, and feel a bit sorry for it, but then keep on walking.  I don't really know what's gotten into me, but I just feel a bit adrift and without ambition.  Maybe that's a good thing?  Certainly not for my business, such as it is, but since it has never amounted to much, maybe my sub-conscience is telling me to stop striving for something that's not going to ever really blossom into anything.  Or maybe it's just summer.  Who knows?? (edited to add - or perhaps these were some early symptoms???).

So, onto my adventure.  As you may or probably don't know, I have been trying to teach myself the violin since January, initially drawn to orchestral pieces, some in the form of beloved movie soundtracks.  Over time, I found myself drawn to Irish/Celtic music and started trying to learn the basics.

In April, I came across information about the Acadia School of Traditional Music and Arts based in Bar Harbor, Maine at the College of the Atlantic.  More specifically, the school has a music festival every summer during the last week of June, where professional musicians come and teach many, many forms of Celtic root music and dance on a variety of instruments.  I kept returning to the website, trying to talk myself into going but feeling like my abilities would be lacking in a very big way, even though they have classes for beginners.  I finally made the decision to go and signed up.  I then tried to put it out of my mind because every time I thought about it, I felt, well, nauseous.  Have I mentioned that I suffer from a distinct lack of self esteem??

I was fairly successful in my efforts to not think about it until the week before, when full-blown panic started.  By the time the day to leave arrived, I really thought I would be physically sick in the car.  Not only was I going to the acclaimed music festival with no belief in my abilities to play or learn, but it was also the first time that I've gone anywhere significant without hubby, since he is often the one who helps me cope with my doubts.

As you may now imagine, the experience was so positive and so amazing that I can hardly believe how much I dreaded it.  Except for a couple of negative events, everything else about the festival was just stellar!  Students and teachers alike were friendly and helpful, the kitchen staff actually made food that I could eat, the classroom experience was very supportive, and the music was incredible!

We had 9 students in our beginner class, which was taught by Sean Heeley, who is an amazing fiddler and national Scottish fiddle champion.  We learned two tunes, one slow and one medium (meant to be fast, an Irish barn dance, but hey, we're beginners!) in 4 days by ear, and performed at the student concert on the last night, along with all of the other student groups.  I felt like I learned so much in those 5 days, and it has made me want to keep learning.

Here are a few photos from the week!

Everywhere you walked, there are people practicing their music out in nature; 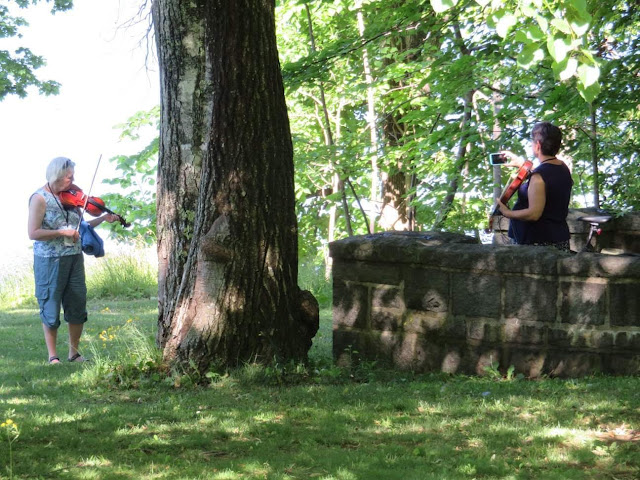 Our beginner class spent some time together outside, near the water's edge.  It was glorious! 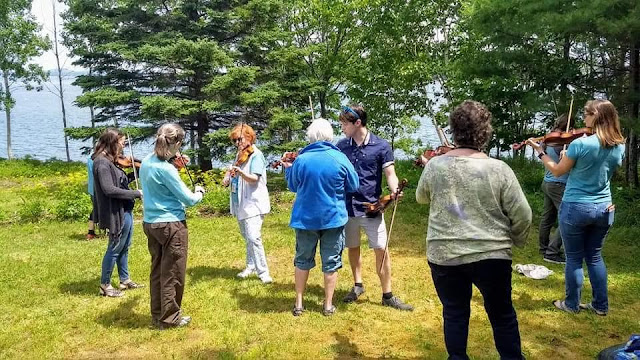 The lady on the right in the following picture is Rebecca Edmondson, a local music teacher who was a huge help to our class. 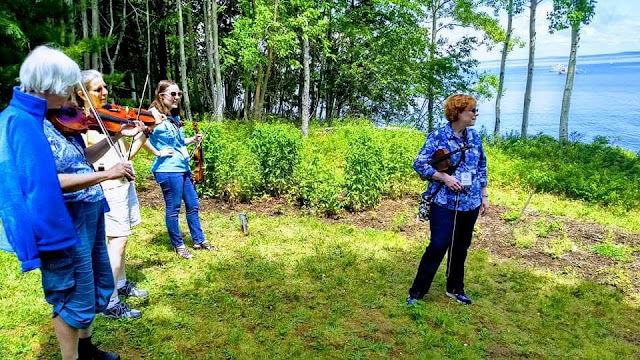 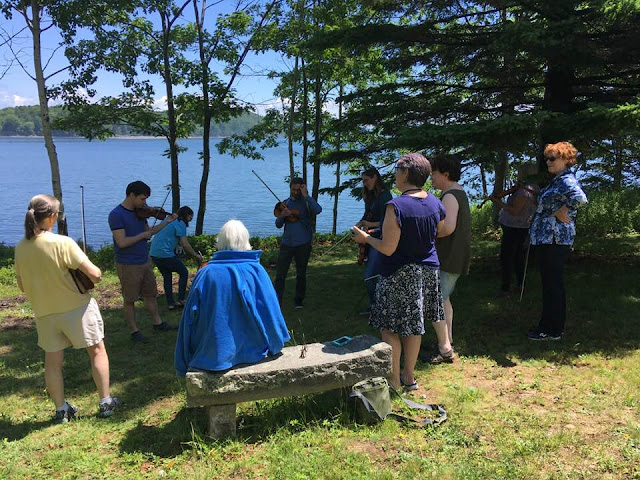 More views from our outside class time. 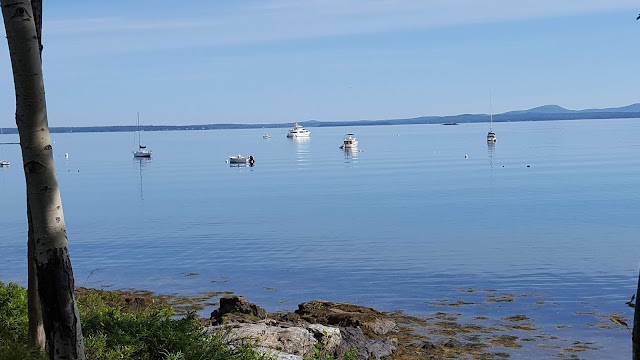 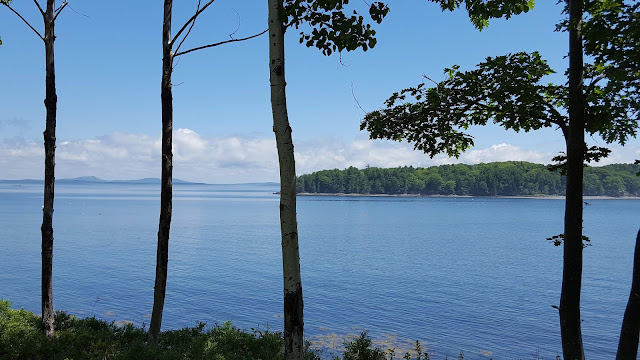  
While practicing in the shade as recommended, a rather large spider dropped onto my fingerboard.  I almost tossed the fiddle!  I think there's a jig in there somewhere... 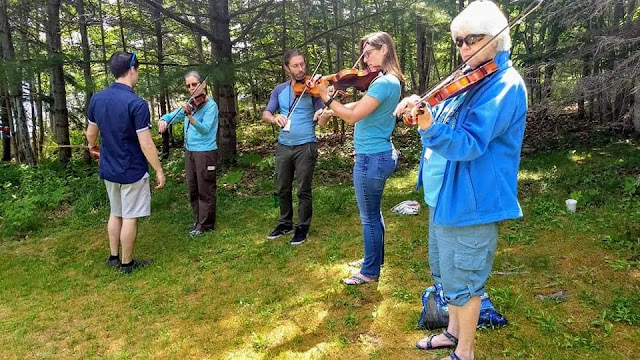 I also took this "artsy" photo, just for fun. 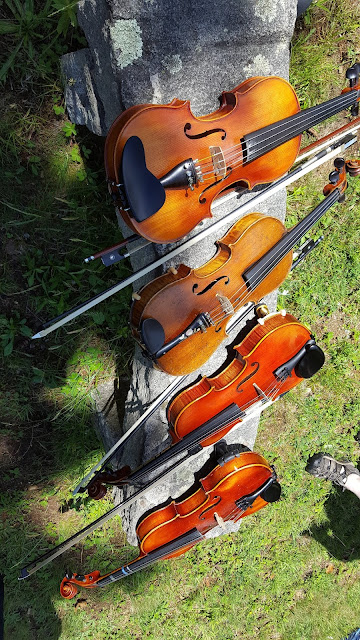 Here's a group photo of our beginner class, minus one member who had to be absent.  Such a fun group! 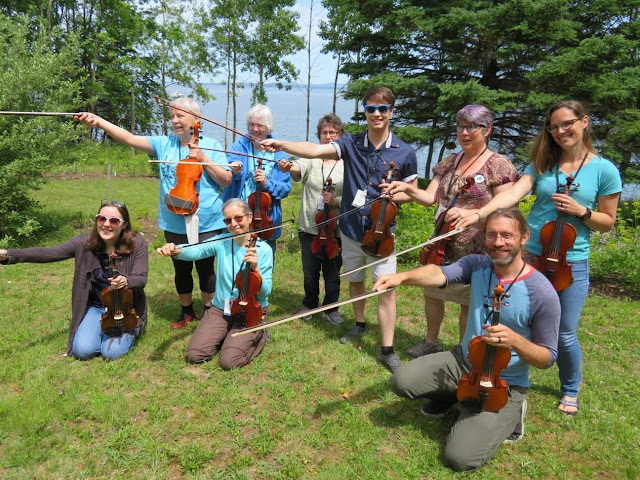 This is a photo of my "posse."  Great friends and classmates, their presence definitely made the camp a better experience for me! 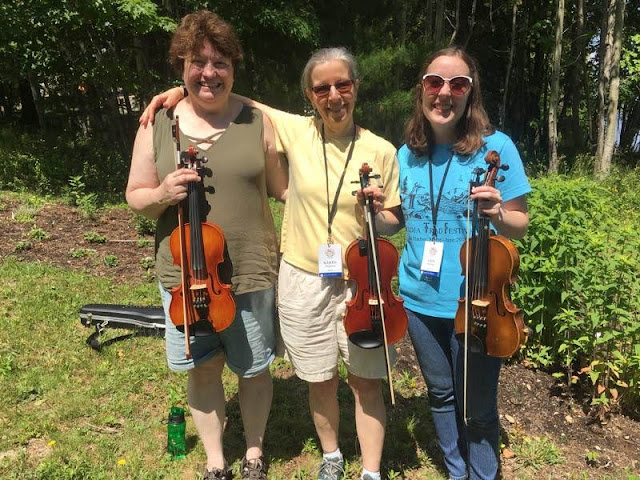 Here is a shot of our class performing on the final night.  Lots of jitters for me, and so many mistakes, but still a success, I think. 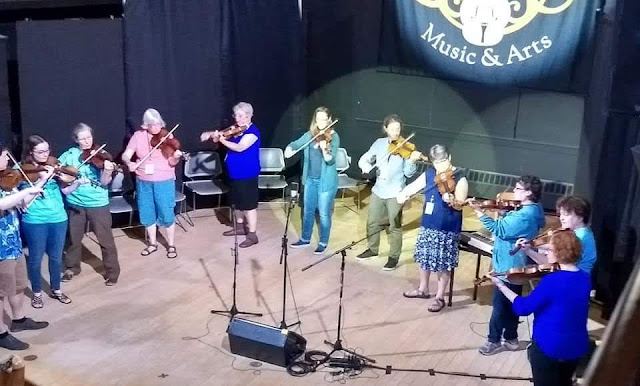 I spent an afternoon walking to and around Bar Harbor, so here are a few shots I took along the way. 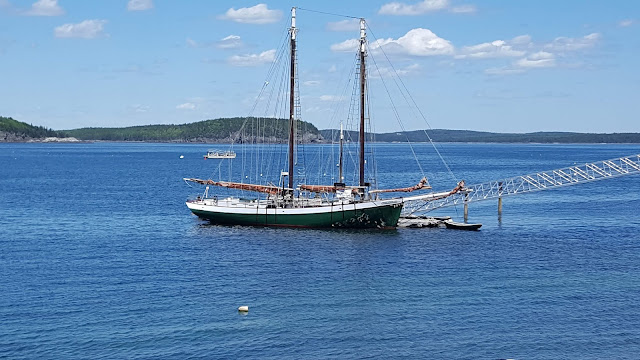 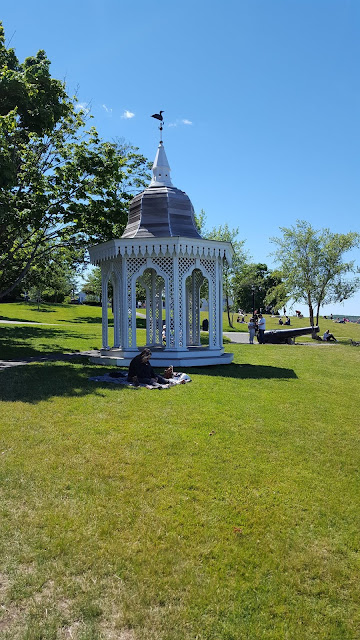 Anyone want to buy a mansion??? 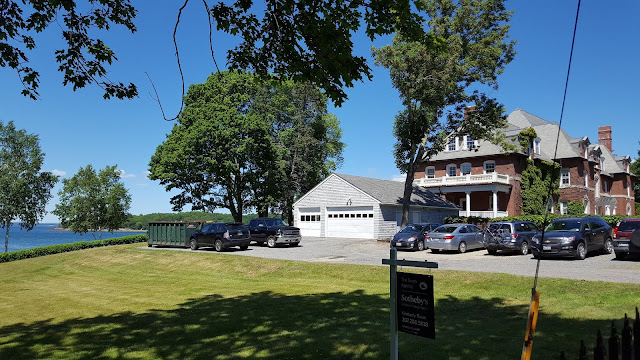 We also got to attend concerts every night, with the performers being our instructors who are all professional musicians.  The music was breathtaking and so inspiring.

Here are a couple of images of our instructor on his night to perform.  The musicians collaborated to create some incredible music. 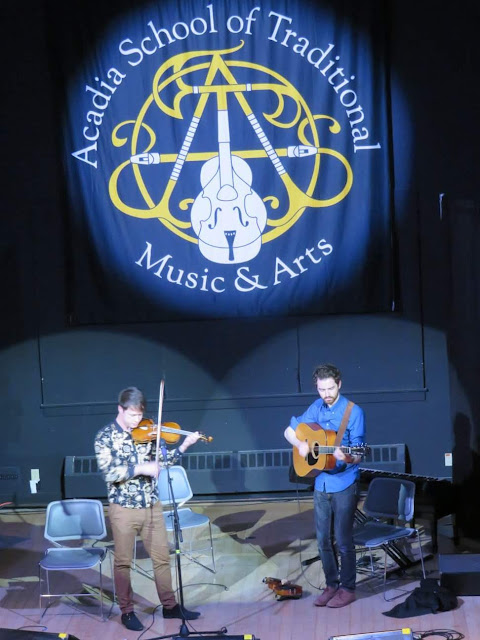 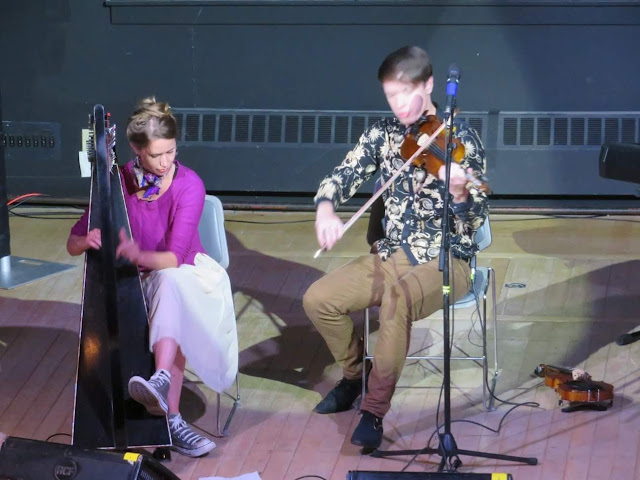 Even though I've been practicing regularly, I have already lost some of the skills I picked up at camp.  This saddens me, but I know that I can return next year and get them back and then some!

I'll leave you with a recent image of my kitty Whirl, who is just the most relaxed, goofiest cat ever.  How can you not smile when you glimpse this ginormous ball of fluff??? 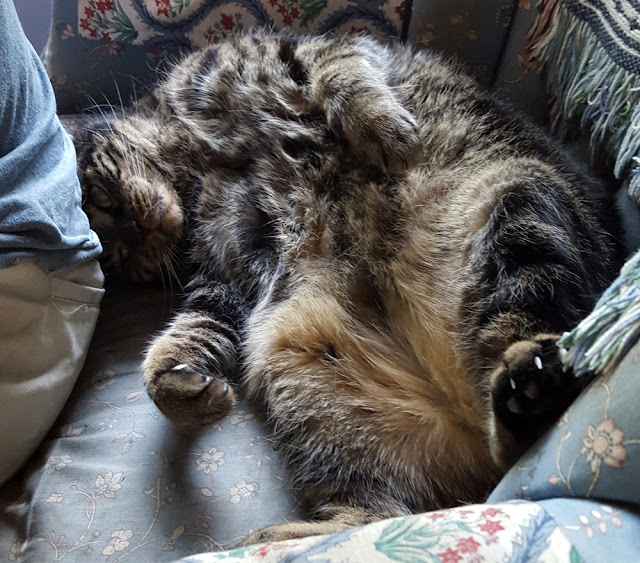