...I've managed to finish weaving off an additional bright red and a burgundy towel.  Those plus the 5 green towels complete the already-spoken-for towels on this warp.  I have at least enough warp left for 2 more, maybe 3, so I've wound pirns for another burgundy, and haven't quite decided on any other colors.  I had to waste a bunch of the burgundy yarn because it was full of knots and almost unplied, so that was disappointing. 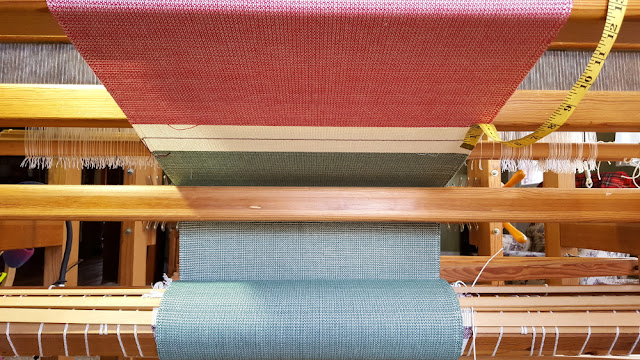 For those of you unfamiliar with countermarche looms, this next shot was taken from just outside the back of the loom.  You can see that except for some fasteners, these looms really are made up of wood and string.  It can get very messy back there! 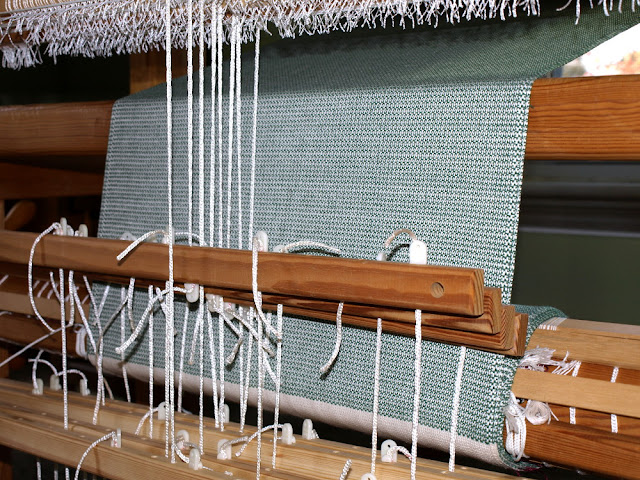 More of the bright red; 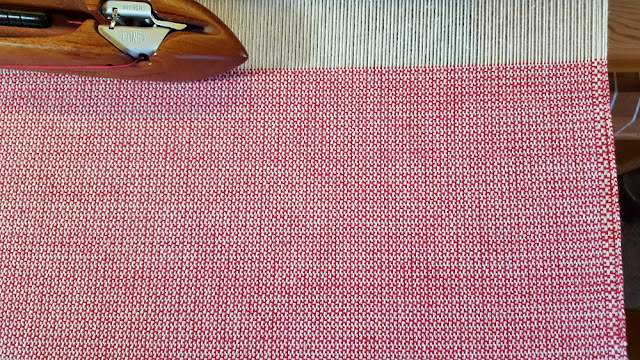 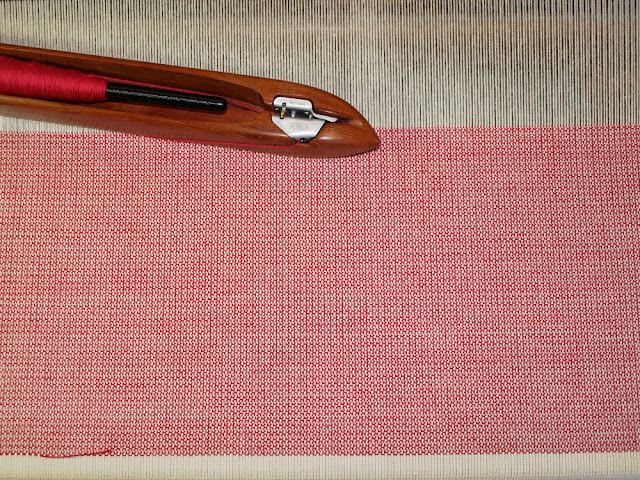 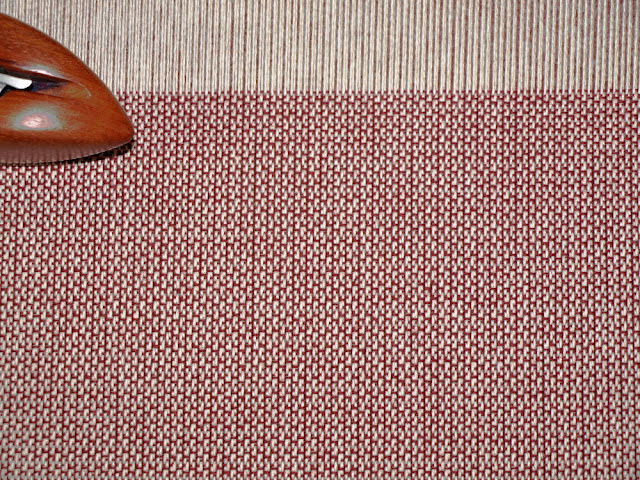 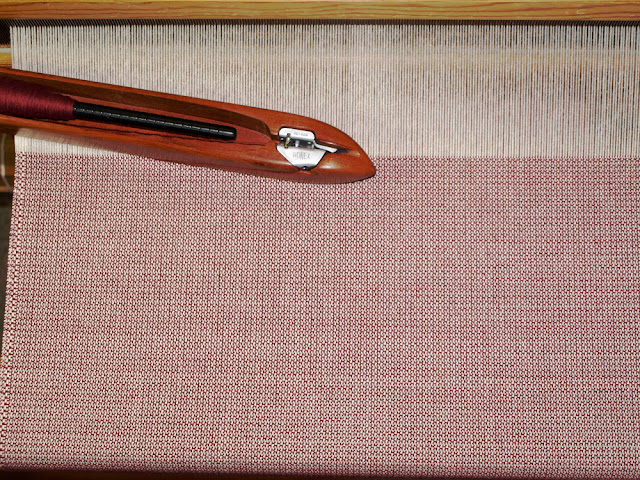 I also made the rookie mistake of sleying the floating selvedge in the same dent as the warp, and ended up with a twisted nightmare on one side.  But, duh, you don't really need a floating selvedge with this combination of basket weave and plain weave, so out came the scissors.  SO much easier to weave!

In my "spare" time, I've also been chipping away at painting the garage, one little section at a time.  Hubby just finished putting on the primer, so then he also did a bit of the gray last evening.

Here's the side that faces the house; 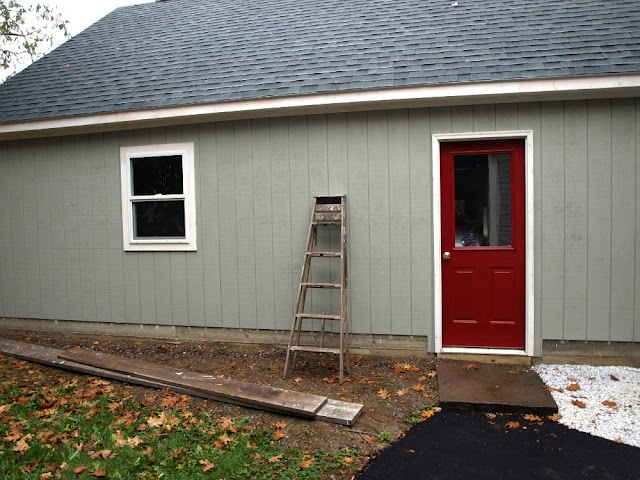 and as far as we've gotten on the front; 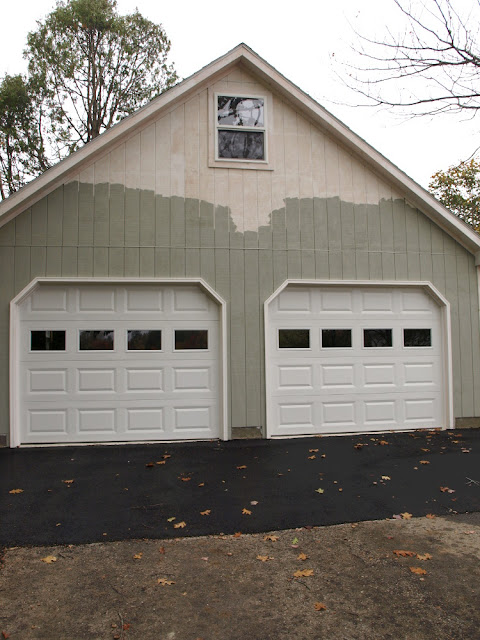 There will be some red added to the front to help tie it to the house and for interest, and the vanilla trim still needs to be done, but...baby steps.

Lastly, I took this photo through two doors to show our hydrangeas at their most colorful. 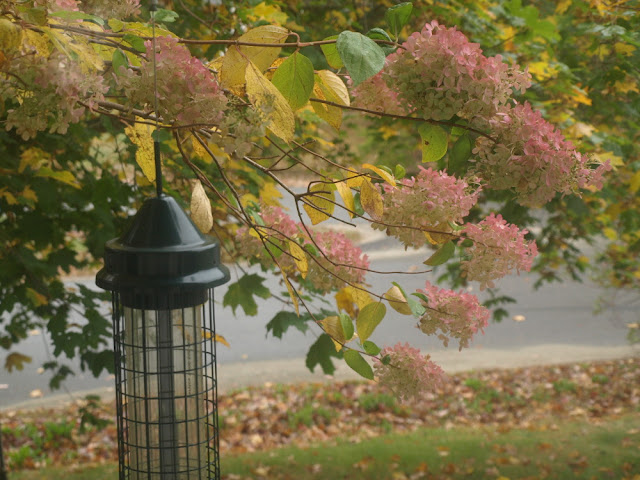 As the weather finally cools down, they will dry out and get brown, so it's always nice to see the blush of pink still lingering.

The day after my previous post, I developed an infection in the tip of my left middle finger.  There was no splinter or anything else in it, but it was very swollen and full of pus, and so painful that I couldn't touch the tip without yipping.  A good soak, lancing, and antibiotics later, it's almost completely healed over, with the hardened outer skin coming off last night.  That really put a dent in my available time projects, I can tell you!

That's it for now.  Thanks for reading!