Wow, it's been one day shy of a month since I last blogged.  Must be the end of the relentless rain and the beginning of some decent weather.  That, and my son was on vacation for two weeks and spent them here, which results in me reverting to "mom" mode, even though he is quite self-sufficient and a pleasure to be with.

Anyways,  I finally started warping up the baby blanket yarn two days ago. Thanks for all your input on colors!  I ended up choosing the green/purple tones, and so far I've got 12 of 19 sections finished and on the loom. 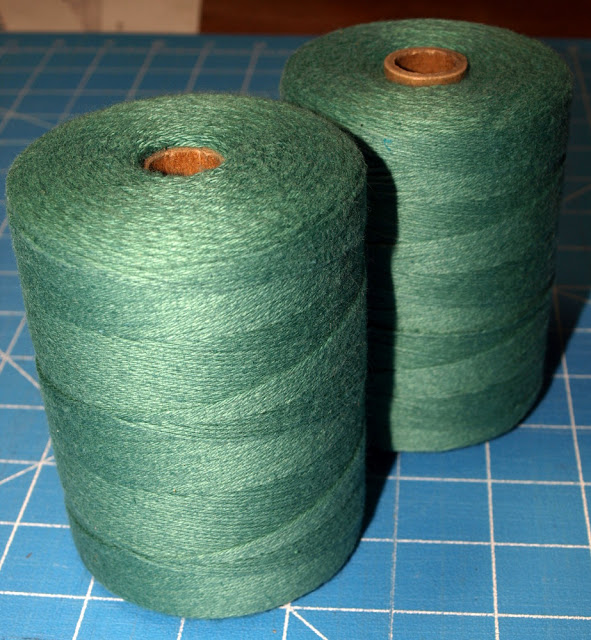 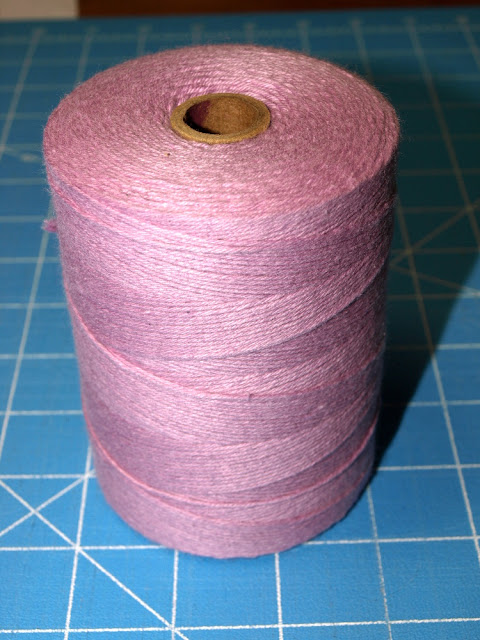 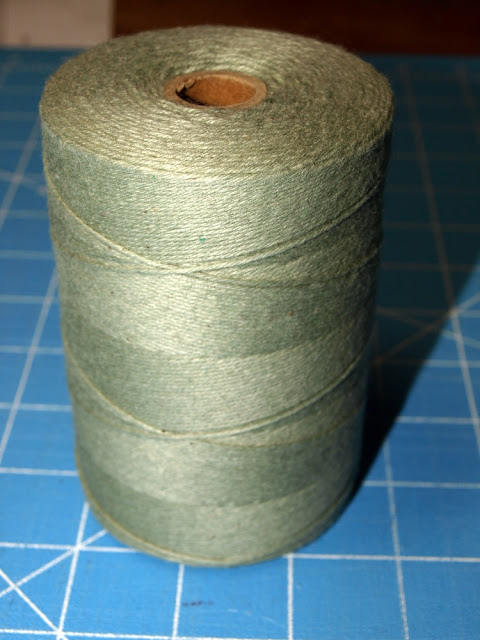 If I can manage to get off the computer in a timely fashion, I can finish winding the other 7 sections.  This will be the widest warp that I've woven so far, so it should be interesting.

The really big news around here is the commencement of our garage project!  Our house was built in the 1870's, and it had a large barn as late as the 30's, according to some old photographs.  When we bought the place in the 1980's, it had a 2 car garage that was significantly leaning to one side.  The overhead doors were hard to use, the floor was wooden and uneven, and the service door wouldn't stay closed without an hook and eye. My hubby made a huge beam that he placed front to back, and that has kept the garage from caving in, but it continued to degrade in other ways.  Gradually, the overhead doors stopped working altogether, the floorboards started lifting in places as I would drive in, and the roof leaked.  It really was beyond fixing, but the cost of replacing it kept us from doing anything about it, since we had kids to feed and send to college.

This year we decided to bite the bullet and get a new one.  Hubby spent quite a bit of time, with the help of our son, taking out the beam and useable windows, as well as constructing one of those huge portable garages to fill with the unwanted contents of the old garage.

Today, the demolition guys showed up with an excavator and two huge dumpsters, and within no time at all, it was gone.  Here are some photos of before and after.

Empty and awaiting the demo: 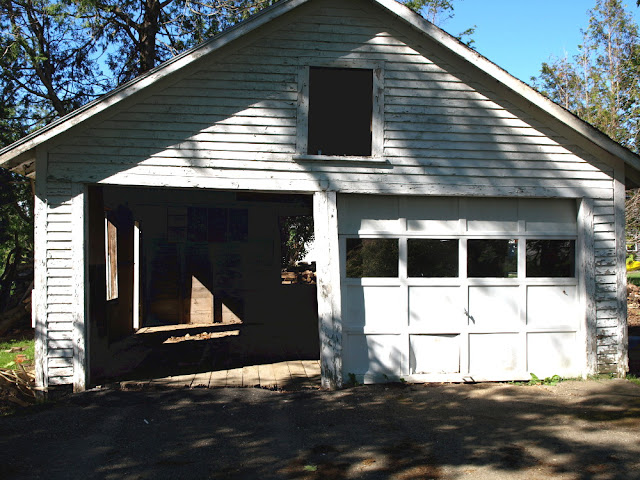 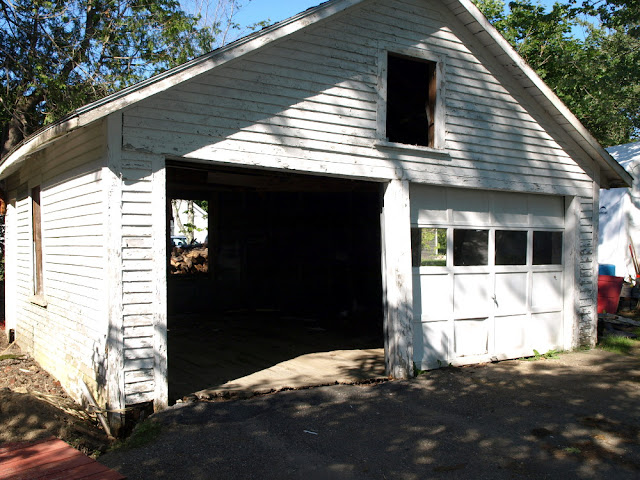 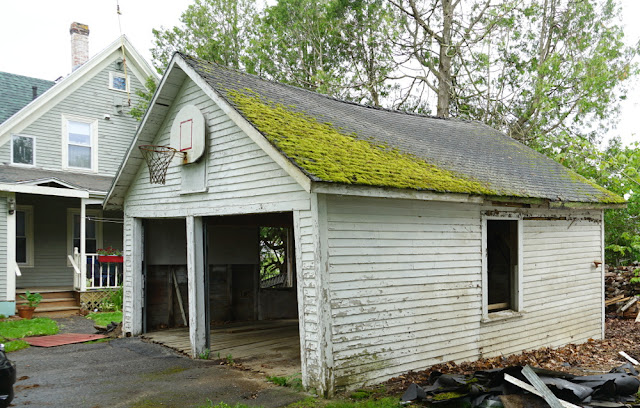 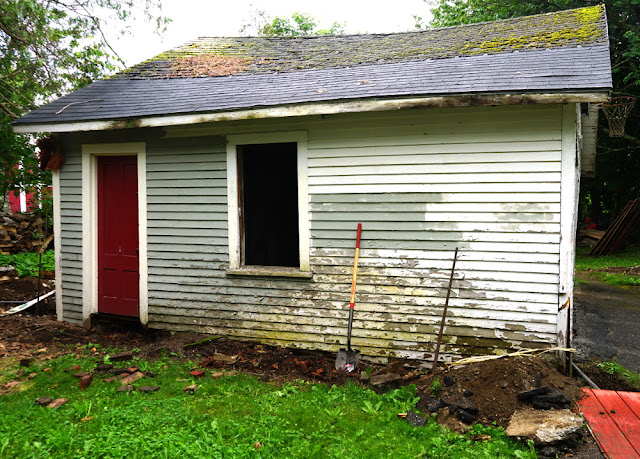 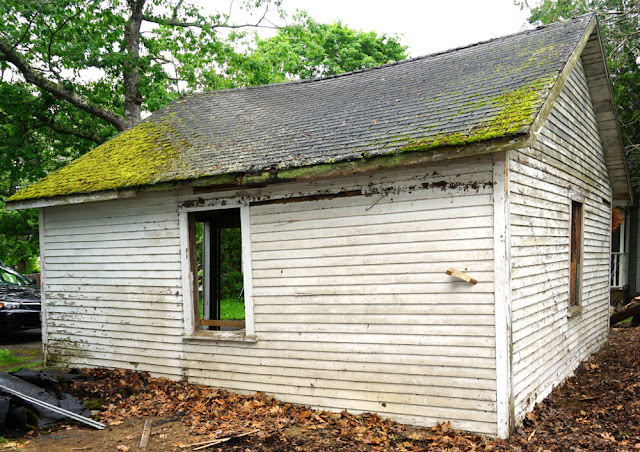 Here's a shot showing the distance between the house and the old garage - the new one will be a bit closer, but still detached. 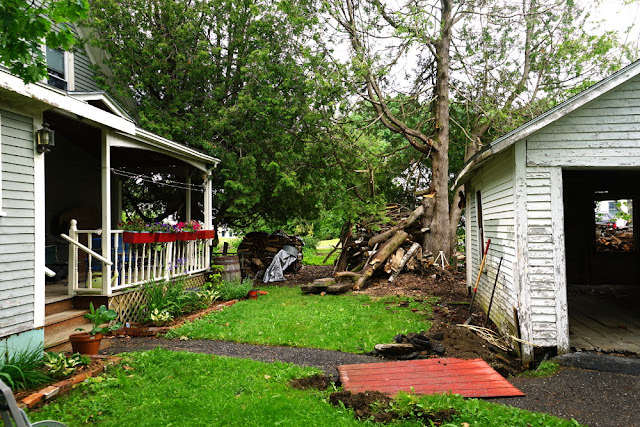 The red plywood on the ground is covering the part of the walkway that hubby dug up to save the electrical line that goes from the house to the garage.  It will be reinstalled in the new garage eventually. 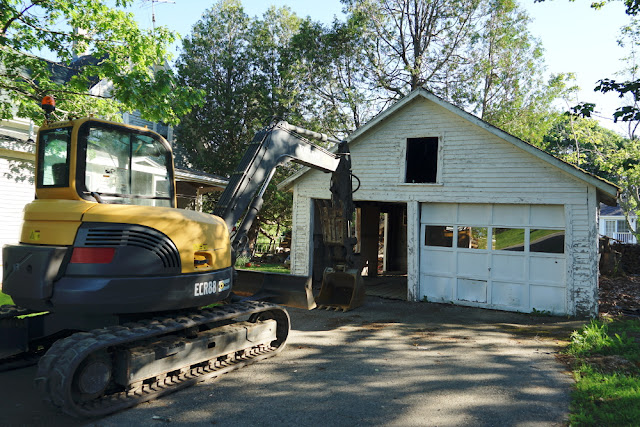 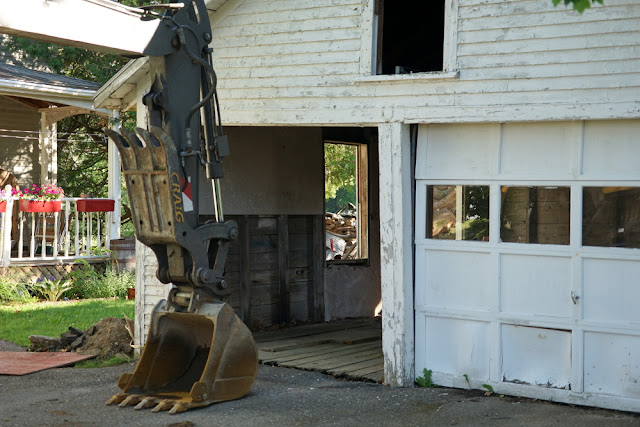 You can really see the loose floorboards on which my car lived in the above photo.

After just a few minutes: 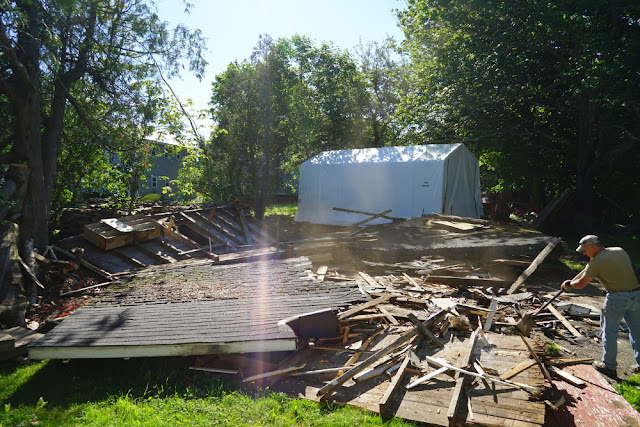 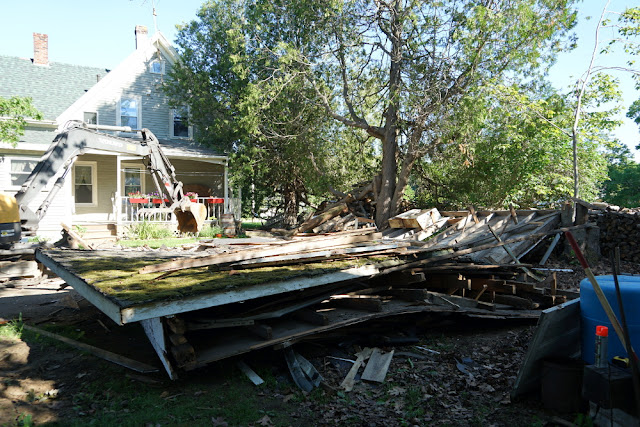 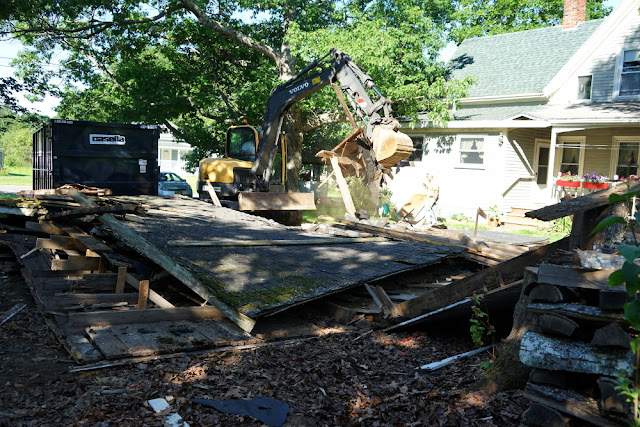 The workers said it was the easiest garage to take down that they had ever had - no doubt!

And shortly after that: 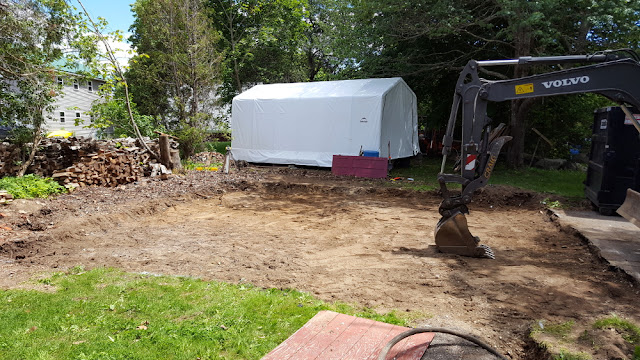 What a difference!  I have to admit, I felt a pang of sadness watching the old garage get torn down.  It had definitely outlived its usefulness, but it had done its job for a very long time.

Tomorrow, the gravel guys come, then at some point the cement shall be poured!