Lately I've been spending my after-dinner time weaving on my mini inkle loom.  Maybe because I haven't felt like knitting socks, my go-to activity at that time of day.  Or more likely because I've been inspired by some amazing bands shown in inkle groups on Ravelry and Facebook.  Recently there were several bands woven that were inspired by the American flag, no doubt because of the 4th of July holiday.  I was intrigued, but had the Baltic pick up sample band to work on, so I designed a flag-inspired band and set aside the draft until my loom was empty.

That time came last weekend (better late than never!), so I warped the inkle with 10/2 mercerized cotton in good ol- red, white and blue, and have been happily weaving away ever since!  It was nice to just have the two sheds to work with - so much faster than pick up!  I have a hard time creating something that has no obvious use, so I decided to go with bookmarks on this warp.  I know so many people now read e-books, but we're also big paper book fans in this family, and I'm hoping that is the case with the customers at the Portland Fine Arts Craft Show this August 20th on Congress St.


I finished the bands up this morning, and will soon list them in my Etsy shop. 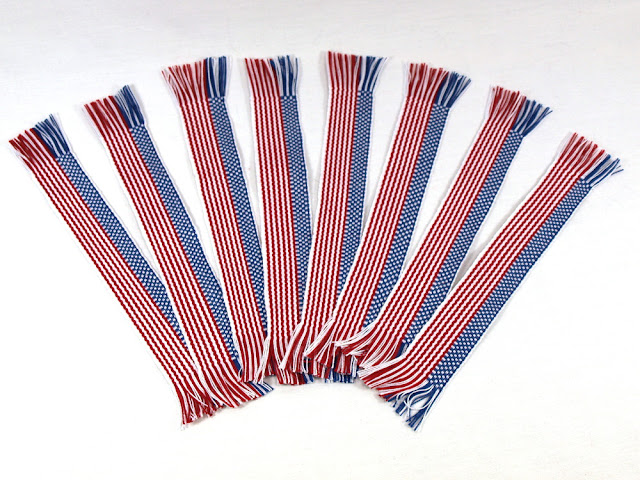 They measure 6 inches long, plus an inch at each end of fringe, and one inch wide.  (Only now as I look at that photo do I realized that I should have oriented the bands with the blue on the left - sheesh).

I've also just finished sewing another ring sling from the tencel weft piece from the Western Skies warp.  I think it will work fine, but am toying with sending it out to be tested, just to make sure the weave is tight enough. 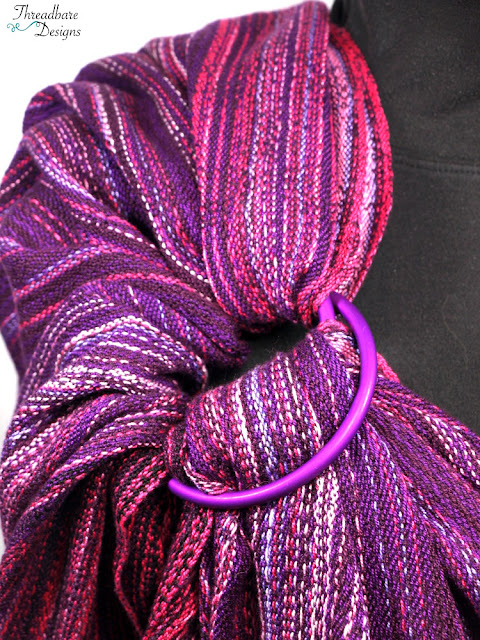 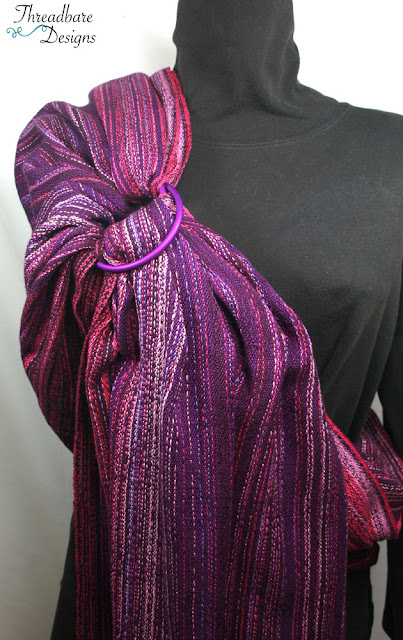 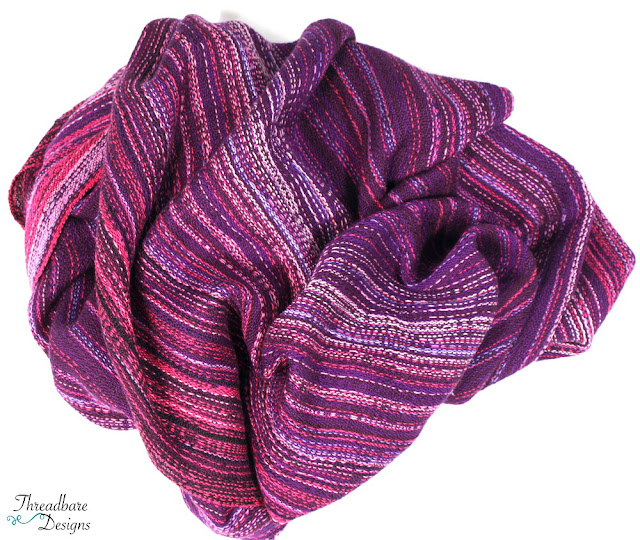 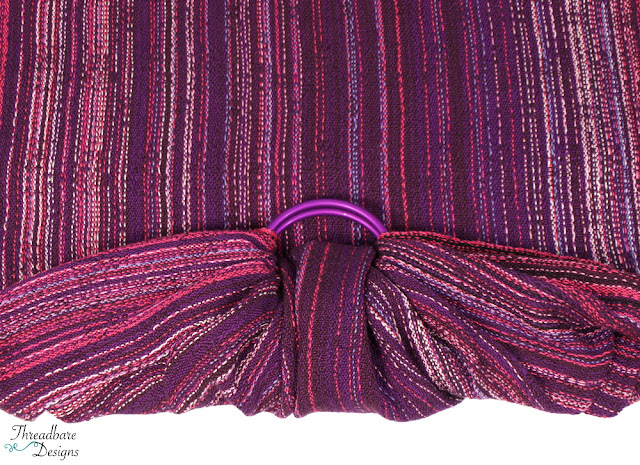 The rest of the warp will be used for cowls, I think, unless I sell/use it for scrap pieces.