Sorry about the long absence!  Life, as always, gets in the way of blogging, but also I sometimes have a hard time formulating "interesting" and coherent prose.  I suppose I could just bombard everyone with photos..

The never ending warp did, in fact, end, and I came away with 12 twill towels, plus one with a treadling error.  For weft I used a dark green, light blue, a medium ocean blue, jade green, aqua, two slightly differing reds, 2 slightly differing purples, and a silver with red accents, as well as magenta (the one with the error). 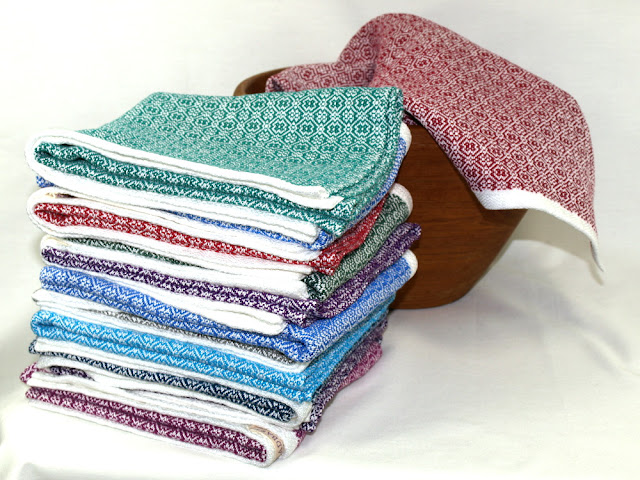 I really like having the narrow white borders - they seem to highlight the contrasting colors well.

Here's another view of them; 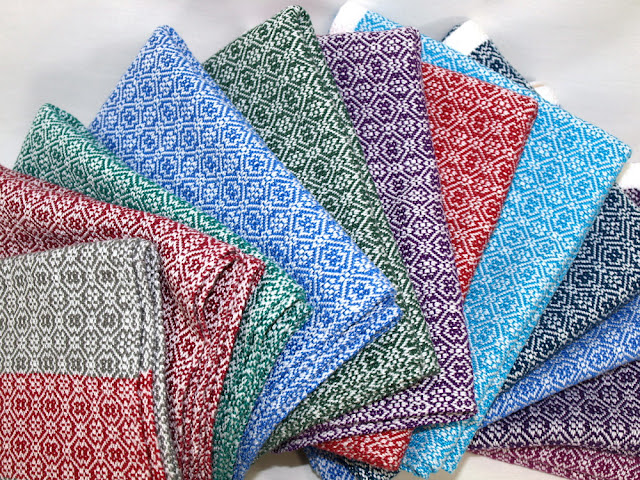 It's a really fun pattern to weave!  I have meant to list these in my Etsy shop, but finding time for this always seems to be a problem, plus I still have to come up with decent text.  Grumble grumble..

I also wove up a couple of merino wool/tencel huck scarves.  Hard to work on when it's hot outside, but a nice quick project, and by the time the craft fair rolls around, it should be a bit cooler; folks might have autumn on their minds.

No beauty shots yet - they are still on my camera waiting to be edited, but here are a couple of shots. 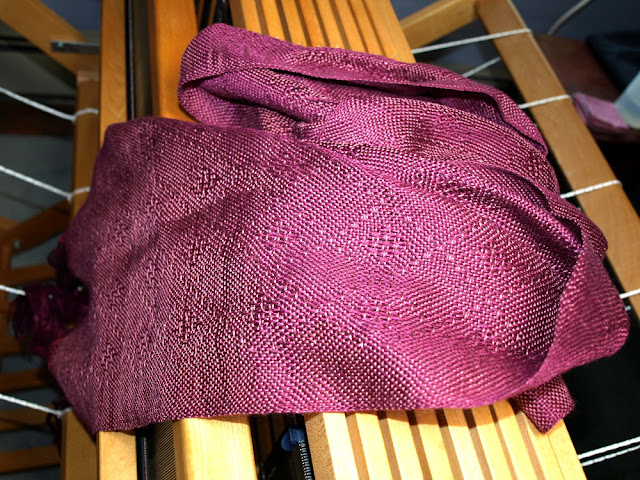 I love the subtle sheen the tencel brings.

My next project is a short run of towels on the big loom to try out pebble weave.  On the baby wrap groups on Facebook there is a huge interest in that structure right now, and it looked intriguing, so I warped enough for 4-5 towels using purples and blue, with a touch of green.  It was a chance to try out my mini Warping Square for the first time since Mitch altered it. It worked very well!

This is the yarn loaded on the sectional beam. 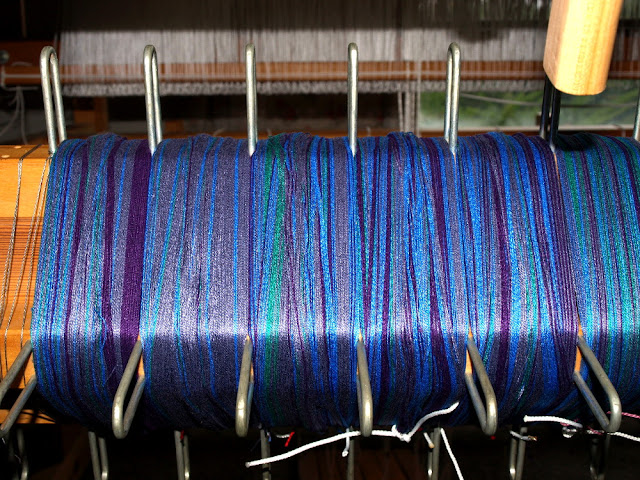 I initially stopped and tied new yarn on thread by thread to follow the draft, but that got old VERY quickly, so I grouped yarns together, planning on threading them slightly out of the order they were in on the lease sticks.  I got the loom threaded and sleyed in record time, and began weaving yesterday. 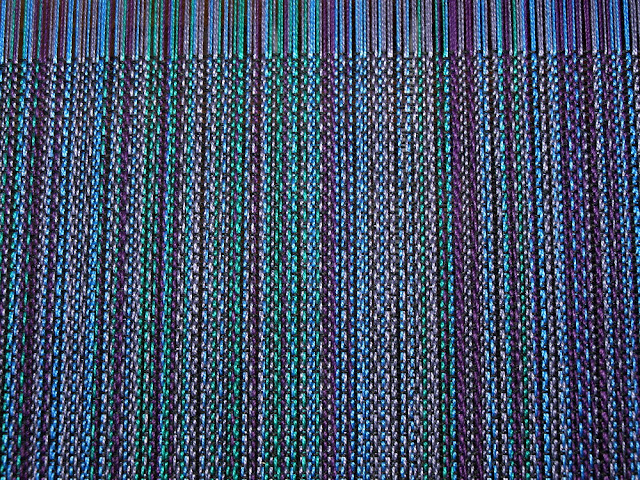 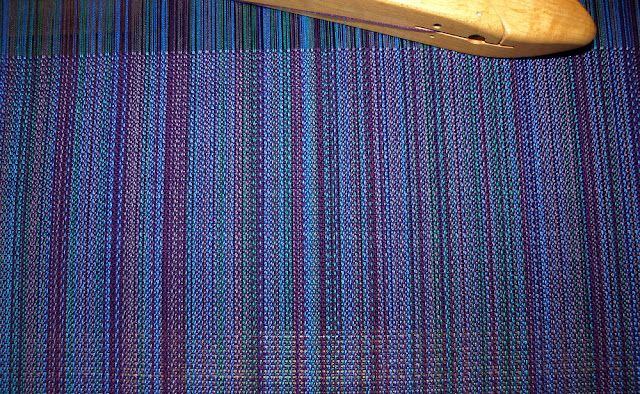 Now I see what all the hubbub was about!  The combination of plain weave and twill makes an interesting texture with very short floats.  The treadling is simple, as is the threading.  I'll be using this more in the future, both for towels and wraps.

Speaking of wraps, there is a friendly competition starting over in Facebook land.  It's called the Fall 2015 Competition of Weavers, and those who participate are charged with creating a wrap using the theme Children's Lit.  I signed up, even though I know I won't win, but because it seems like it will be fun and I had an idea of what I wanted to weave.  No spoilers yet, but the finished product has to have it's photo submitted by October 1.  I don't know when the public group will be up, but will keep you posted.  What I can't do is keep you posted on my progress, because one of the rules is to not let the voting folks know who they are voting for, just what they are voting for.

My other task is to sew up a few more wallets for the craft fair in August.  I have some material already cut out, and have meant to get back to sewing, but when the weaving mojo visits, it's hard to turn away! The plan is to start them after the pebble weave towels.  I swear.