There is no doubt that this winter will be one for the record books, I am sure!  While I know that NYC didn't get nearly as much snow as predicted, the weathermen were spot on for this area of the state.  It started snowing Monday night, and for an entire day it fell, sideways.  Temps were in the single digits to teens, and very strong winds, near hurricane force in some places, made for an almost surreal landscape when we woke up this morning.  This is a shot (from indoors - it's cold out there!) looking towards our garage and driveway, after plowing and snowblowing. 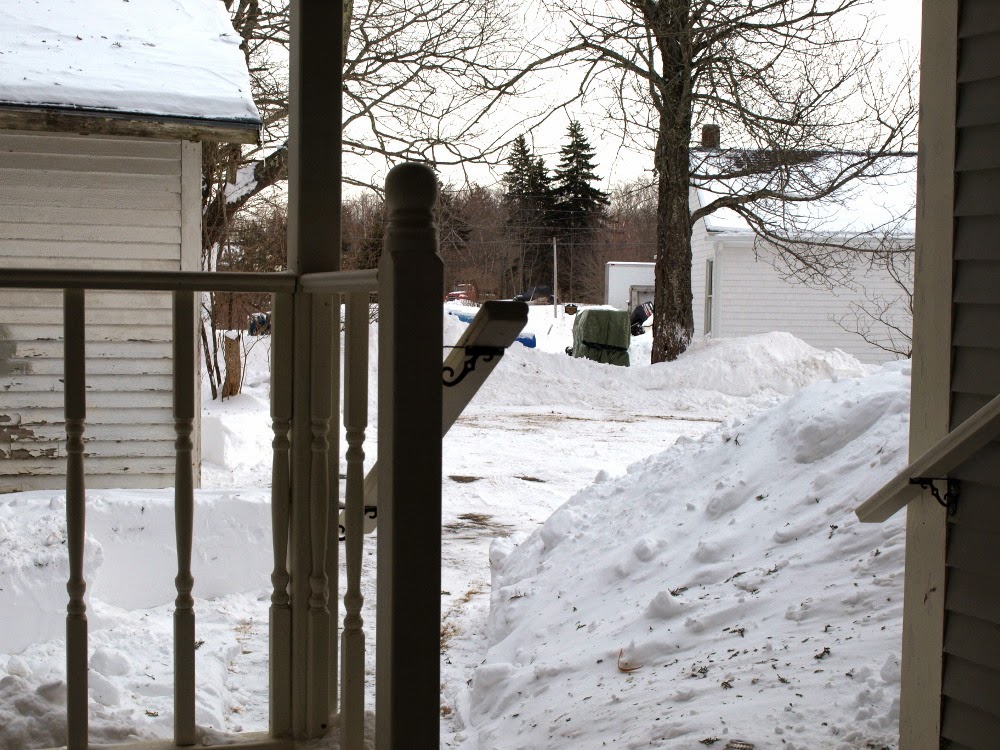 You can see the sizeable pile against the house.  Some areas were waist-deep prior to the clean up.

And here is the other side of our house, the side that was more exposed to the winds. 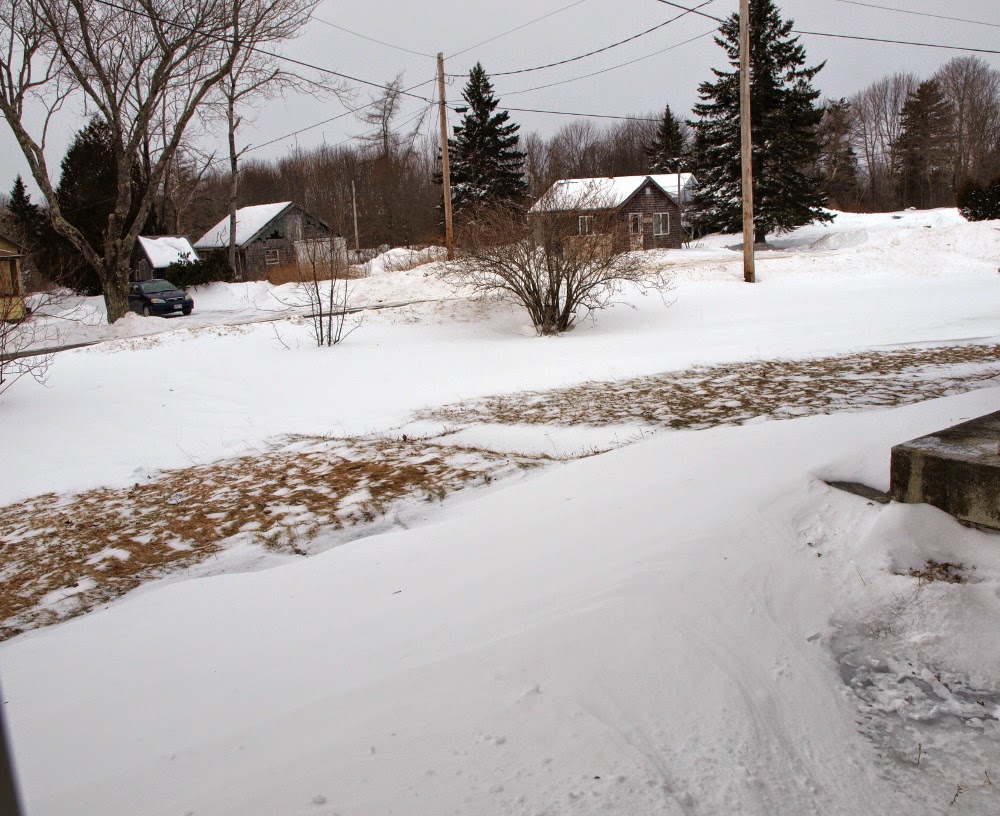 Bare ground!!  Of course, the piled up snow near the street is another issue all together!  Since we live near the coast, most of our snowstorms tend to be on the wetter side, with heavy, sticky snow.  This one was all powder, hence the drifts and differing depths.  It's nice to be able to move it without a back ache!  More snow on the way for Friday and Monday, both of which I work, so creeping along in my car is definitely in my future.

In weaving news, I finally finished the custom baby wrap! 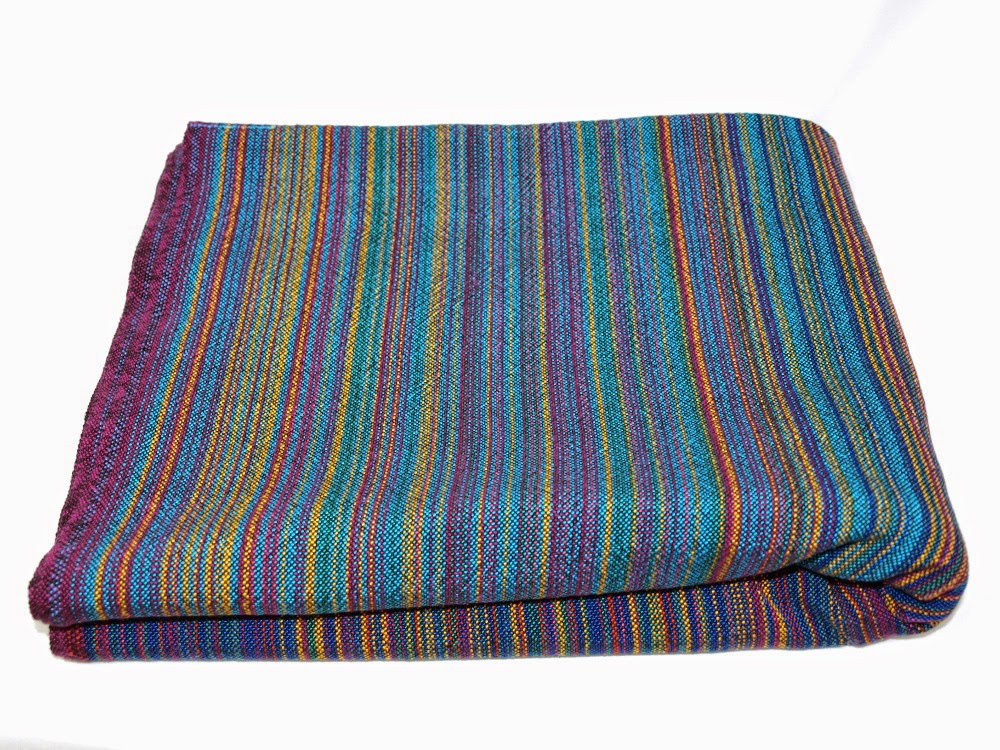 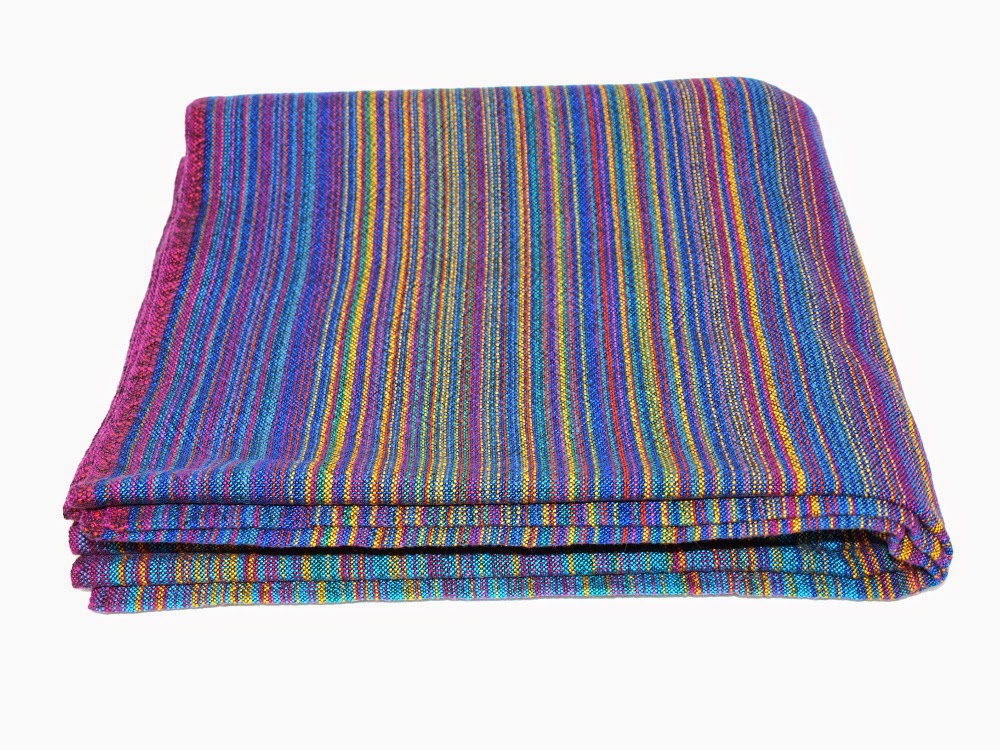 I decided to go with a textural middle marker, so I hand wove in some doubled 10/2 warp colors on one edge.  It it fairly small, so I hope that's not a problem, but I didn't want the marker to be a part of the design. 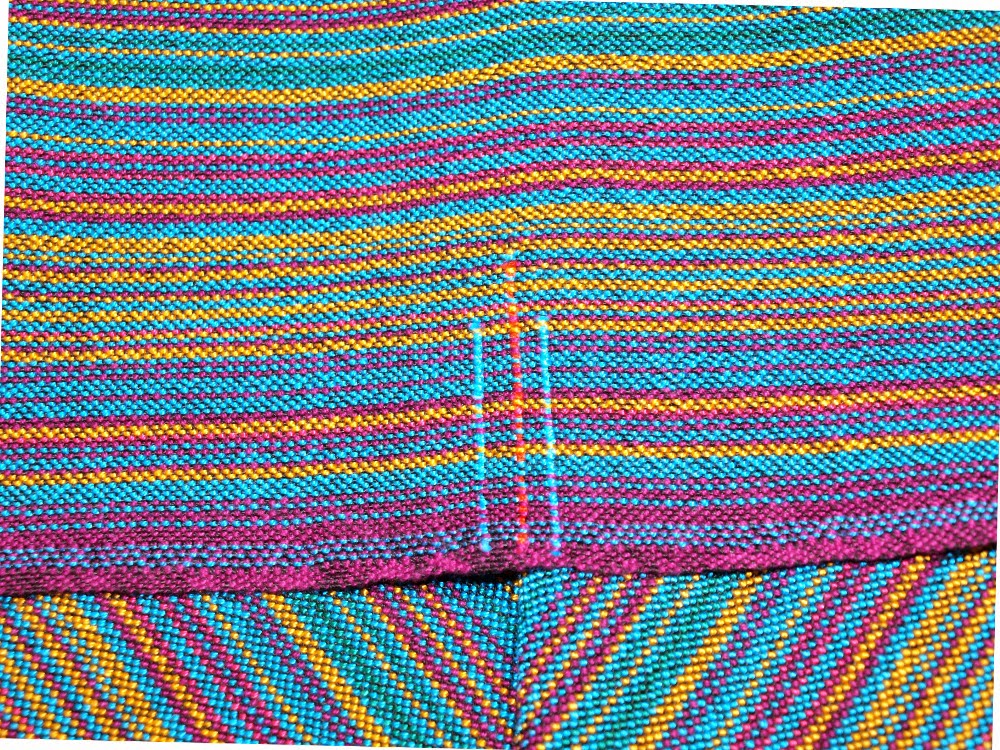 It is all packaged up, waiting to hear from its future owner.

My next project is going to be a first for me.  I've been interested in rep weave after seeing some gorgeous projects on Ravelry, so my first rep project will be a set of placemats in red and white.  I'm not really drawn to this particular project in a huge way, so if I mess it up I'll be OK with that!  If it comes out well, I want to weave a kitchen rug.  So far, I'm having my usual problems with using a warping reel.  It is apparently beyond my abilities to use one correctly, because I always end up with terrible tension/tangling problems, despite doing everything I can to keep the tension steady.  You know there's an issue when putting one section on a sectional beam takes longer than winding it.  I've asked for advice, read books, watched videos, but cannot find what I am doing wrong.  I'm close to selling the reel, I think.  That would leave me with my warping board, which comes with its own issues, but I do get better results winding individual sections on it.  It is a frustration that I cannot fix!