I attempting sectional beaming for the first time, although I do not have all of the equipment needed to optimize this technique.  Using what I have, I am winding one inch sections on my warping mill, then taking it to the loom and putting it on using a tensioning box.  So far, I've had one broken thread (in my first, and worst, bout), 2 sections go on very easily, and and 3 have varying challenges.  I think the part that is causing the tangling is "sleying" the small reeds in a random order rather than in the order the yarns were wound.  I think I've learned my lesson, though - my next bout will have a "counting string" that I will use to keep the yarns in order.  I could make a cross but can't figure out how to use that at the loom without lease sticks.

This baby wrap is going to be an eight color gradient.  I spent several hours on Sunday working out the math, and then had to work 2 twelve hour days.  Yesterday I started measuring the first bout, and found that doing it the way I am at present, I can wind two bouts and get them on the loom in about an hour.  Because the loom is in the living room, surrounded by curious kitties, I have to be able to leave it in a state where the yarns are safe, i.e. not hanging off the warp beam.  I think I may be able to get more done today, then it's back to work for me.  We'll see how much I get done over the weekend.  And a LeClerc yarn meter in on the way, so I will be able to try this using spools.

These are the colors I've chosen;

and these are the first 6 bouts; 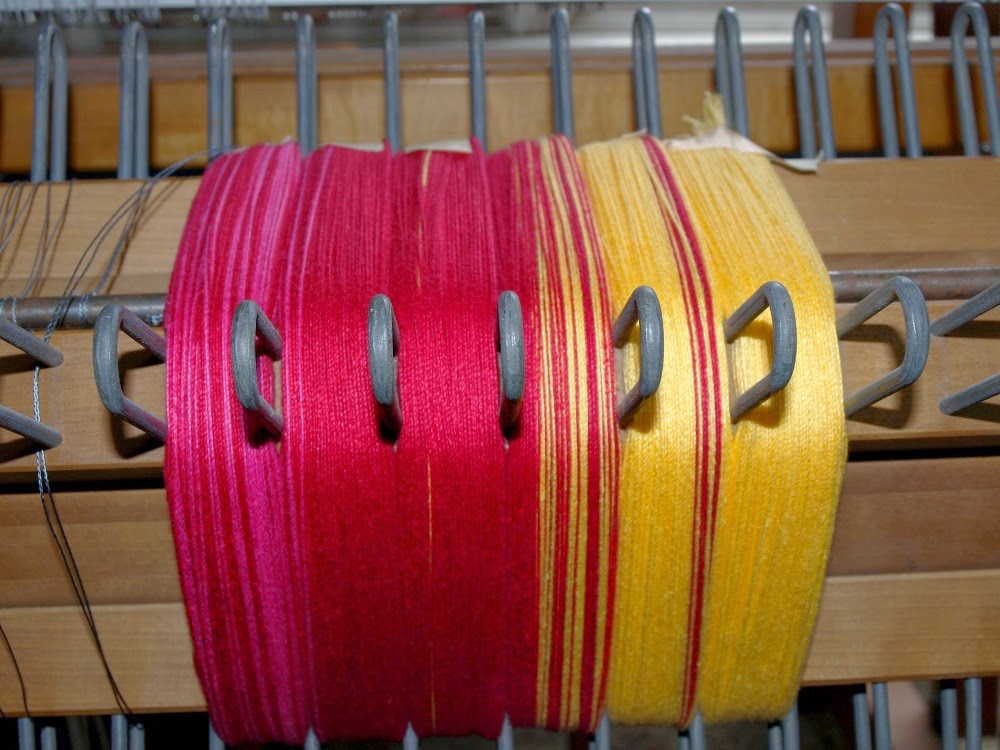