After an oddly mild late summer and fall, we finally got our first snowfall on Saturday.  Usually here on the coast, the first few snows are minimal, or don't last long.  This one was a solid 6-7 inches, falling most of Saturday and through the night.  The top layer was fluffy, but underneath, the snow was wet and heavy, so my back let me know it was not happy with the shoveling that I did! 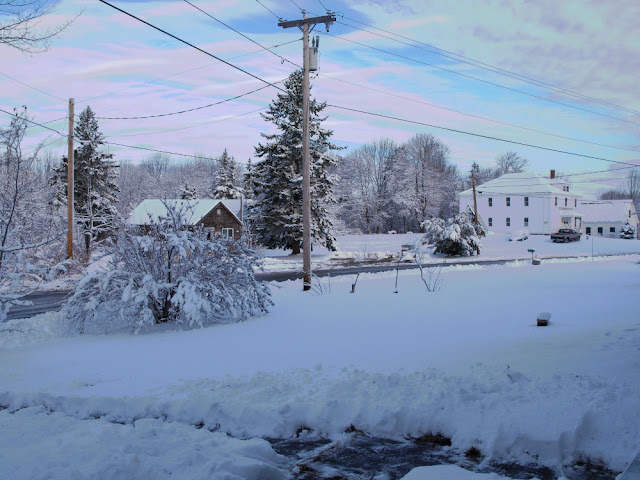 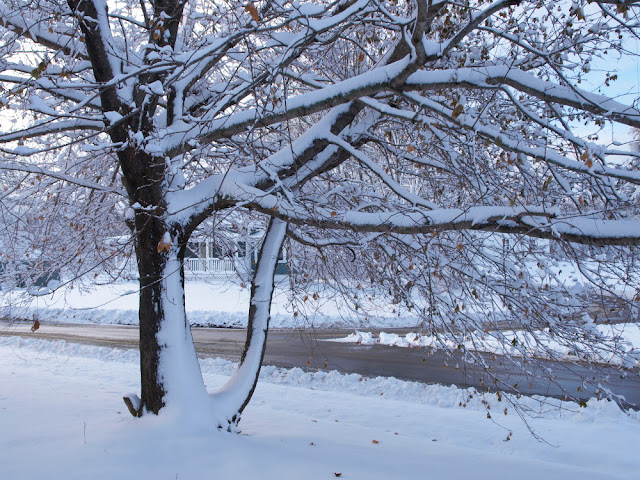 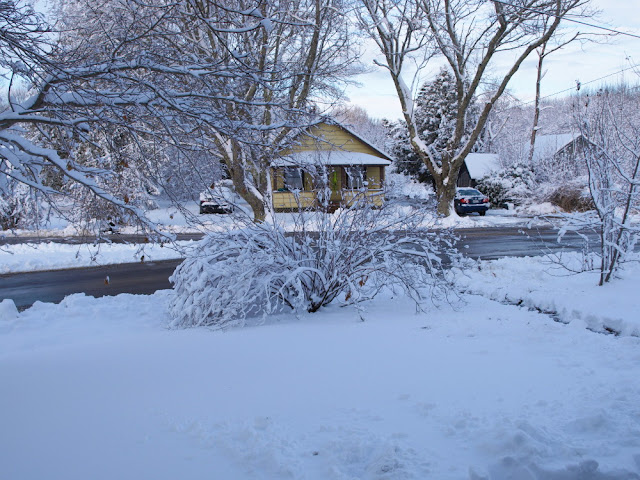 Pretty though, isn't it?

There is another storm coming tomorrow that will be a mix, so who knows what we will end up with!

There has been no weaving for a week (hangs head in shame).  Last week was my busy week at work, with little time at home, and between doing some holiday shopping, wrapping, and traveling to Portland to see the symphony's "Magic of Christmas" I have spent no time at the loom, I am sorry to say.  But there are more days available this week, and my errands are done, so I plan to weave weave weave for the next few days.

Speaking of the Magic of Christmas, this year seemed particularly special and bittersweet.  The musical director, Robert Moody, is leaving the PSO in the spring, so this year will be his last "Magic" performances.  This year was his 9th performing "Magic," and he will be sorely missed.  He is a very charismatic, humorous conductor, and it has always been a joy to see him in action.  The musicians are incredible, and I'm sure that will continue with whoever the new conductor will be, but I got a bit misty-eyed during parts of the concert knowing he will be leaving.

Speaking of Christmas concerts, our small midcoast community band recently performed a holiday concert at the Owl's Head Transportation Museum, and a frequent supporter took a video of us performing Leroy Anderson's "Sleigh Ride."  Here is the video for your enjoyment!